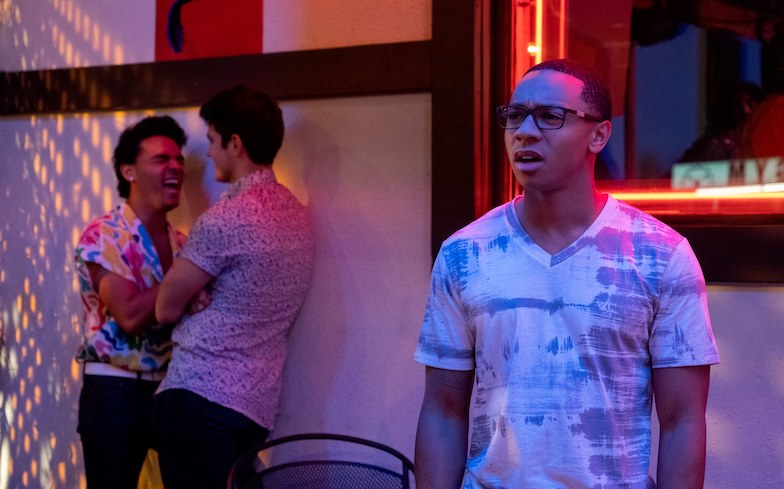 Dear White People has just dropped the first teaser for the final season and it’s set to be a musical adventure.

The trailer opens up in the iconic radio station with Joelle Brooks (Ashely Blaine Featherson) hosting the Dear White People show. It then transitions to shots of the fictional Winchester University.

At the end of the trailer, we see Samantha White (Logan Browning) and Coco Connors (Antoinette Robertson) performing a cover of Montell Jordan’s This Is How We Do It.

According to the official synopsis, the fourth season is an exploration into Afro-futurism and will follow Samantha and her friends as they navigate through their senior year of college.

The series will also feature a time jump to a post-pandemic future in which the characters look back on “the most formative (and theatrical) year of their lives.”

In a 2020 interview with EW, creator Justin Simien gave insight into the inspiration behind the musical season and referred to his horror film Bad Hair.

“I did feel renewed creatively, and also it being our last season of the show, it sort of gave me a little more ounce of ambition and purpose for really doing something special with the final season,” he explained.

“We try to do this every season, but really there’s a lot on the line with the final season to do something ambitious and special and sort of unexpected.

“Doing the movie definitely made me excited about pushing what the show could be even further, making a definitive season, and going out with a bang.”

Alongside the musical element, fans can expect a guest appearance from Queer Eye’s culture and lifestyle extraordinaire, Karamo Brown.

Earlier this year, the Fab Five member took to Instagram to announce the news while praising Simien.

“So excited to be part of the [Dear White People] cast for the upcoming season! Justin Simien is a genius! Most talented cast ever,” he exclaimed,

Dear White People Vol. 4 is set to drop on 22 September.

Check out the teaser below or here.