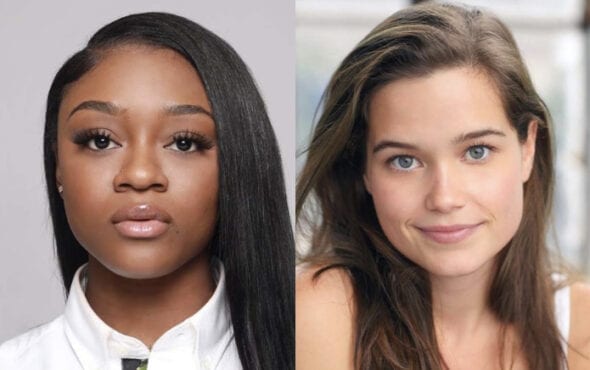 We’re so ready for this series.

According to a report from Deadline, Imani Lewis and Sarah Catherine Hook have been cast in the upcoming Emma Roberts produced series First Kill.

Lewis took to her Instagram to express her excitement for series, stating: “BLESSINGS ON BLESSINGS. Huge thanks to my agency [Innovative Artists] and LDB Casting and my incredible team! Stay tuned!”

Hook also shared her gratitude for the casting, writing: “Not many words…just a whole lotta gratitude!!!! thank you to every single human who got me here.”

The eight episodes will begin production later on this year.

First Kill is based on Victoria “V. E.” Schwab’s short story of the same name.

It follows a teenage vampire called Juliette, who must “make her first kill so she can take her place among a powerful vampire family.”

Juliette sets her sights on a new girl in town called Calliope, who is a vampire hunter from a family of renowned slayers.

The synopsis adds: “Both find that the other won’t be so easy to kill and, unfortunately, way too easy to fall for.”

She previously described the tale as “Killing Eve meets Buffy” and yes, we’re already creating our stan accounts in preparation of the new series.

Felicia D. Henderson – whose previous credits include Moesha, Sister, Sister, Gossip Girl, Fringe and Marvel’s The Punisher – will serve as showrunner, while Schwab will write and executive produce.

It will be their second literary adaptation.

We’re going to need the release date next.