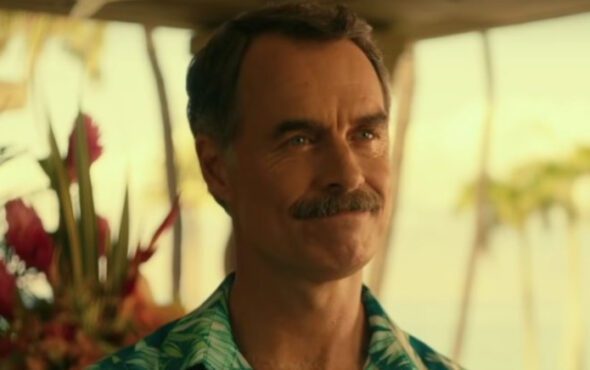 The White Lotus star Murray Bartlett has opened up about his newfound fame and breakout role in the acclaimed HBO series.

In an interview with The Guardian, Bartlett described his new level of fame as a “surprise.”

“It’s not like I expected it to happen, for sure. But now that it has happened it feels like it’s really good timing… I’m a bit wiser. I anchored in myself,” he said.

“It’s the nature – for me, at least – of hitting those milestones where you reflect back and think: ‘Well, am I where I want to be in my life?’ And I am.”

The 50-year-old went on to reveal that his feeling of fulfilment can also be seen in his home life as well.

“We [Bartlett and his partner] made a choice to move out of the city; I’m in nature again, which I feel is my natural habitat,” he explained.

“I’m in a wonderful relationship. I had this amazing opportunity to do this job. Reflecting back, I just felt incredibly lucky and happy to be where I am.”

Elsewhere in the interview, Bartlett discussed his White Lotus character Armond, who is a high-strung manager at a luxury hotel.

“[He] represents that part of all us that is like: ‘What the fuck? What are we doing? What is going on?’ He’s waking up to the insanity of the nightmare that he’s in and just can’t hold up the public face anymore,” he said.

Throughout the series, Armond slowly begins to unravel under the pressure of the job, the hotel’s privileged guests and his resurfaced drug addiction.

“I have people in my life who have addiction issues and, being a porous person, I tend to absorb other people’s emotional states,” he said.

“And so, although I don’t know, truly, what it’s like from the inside, I feel as if I’ve had a lot of insights through people in my life and my own relationship to addiction.”

When it came to his inspiration for the character, Bartlett channelled his own time in the service industry.

“I was a waiter and a bartender. I had good experiences; not everyone was awful,” he says.

“But there were always those experiences where you just notice people in this position of slight power, or they feel as if they’re entitled to something, and they treat you like shit.”

Before landing his role on White Lotus, the Australian actor had a long-standing career in the industry.

Starting out in the early 90s, Bartlett has had roles in numerous soap operas, Sex and the City, Looking and Netflix’s revival of Tales of the City.

His star is continuing to rise, with his latest role in the upcoming The Last Of Us series, which is an adaptation of the popular video game franchise.

The White Lotus is now available on Sky Atlantic and Now TV.

Watch the trailer for the series here or below.