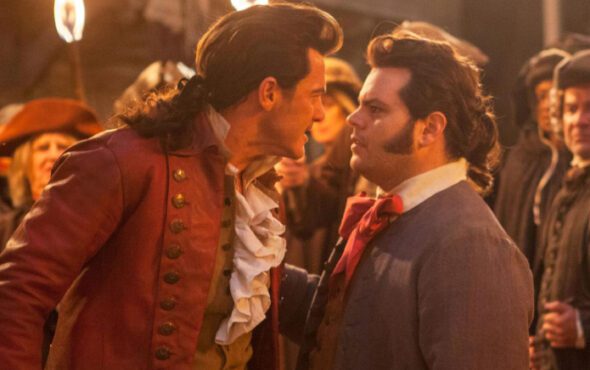 In 2020, Disney announced that a prequel of the 2017 live-action blockbuster was in the works.

The eight-episode limited musical series will see Luke Evans and Josh Gad reprise their iconic roles as Gaston and LeFou with newcomer Briana Middleton as the latter’s stepsister, Tilly.

Alan Menken, an EGOT winner and composer of the 1991 original film and the live-action release, has been announced to write the soundtrack, while Oscar-nominee Glenn Slater will helm the lyrics of the first episode.

With production starting later this year, Gad gave diehard fans a quick update on the project while sitting down with Comicbook.com.

“We’re still planning on shooting this spring and the scripts are incredible, the music is unbelievable, all-new songs by Alan Menken, we’re casting now,” he revealed.

While many are excited to step back into the Beauty and the Beast universe, fans are also eager to know if LeFou would be openly queer in the series.

Director Bill Condon confirmed he was gay after the character was seen dancing with a man at the end of the live-action film.

In a previous interview with Variety, Gad gave insight into whether the series would explore LeFou’s sexuality.

“You’re going to have to tune in when this show airs to see what we’re working up,” he said.

“But in the process of working on it, we’re asking ourselves every relevant question about these characters and endeavouring to do right by them and by this world.

“I think we have origin stories here that are unbelievably exciting because they’re unexpected. And I think ‘expect the unexpected is all I can really say.”

Set before the events of the beloved movie, which starred Emma Watson as Belle, the show is set to follow Gaston and LeFou as they embark on a journey with Tilly after “a surprising revelation from her past comes to light”.

According to a synopsis, this sends “the unlikely trio off on an unexpected journey filled with romance, comedy, and adventure,” while “mysteries of the past are uncovered and the dangers of the present grow, old friends and new enemies reveal that this familiar kingdom harbours many secrets.”

With production starting this spring, we hope we won’t have to wait too long to find out if LeFou is openly queer.