John Whaite reflects on his Strictly appearance in emotional statement

On the Saturday finale (18 December), Whaite and his partner Johannes Radebe performed a playful routine to the smooth sounds of Sting’s Shape of My Heart.

The two then went on to deliver their final heartwarming performance to the iconic track You Got The Love, which ended with them both in tears.

Taking to Instagram, Whaite opened up about his experience and the impact it had on the LGBTQ+ community.

“When the glitter has faded and the spotlights have dimmed, I hope you all cherish something mighty special from this that will live on in your hearts,” he said.

“I’m so proud to have been part of such a diverse, groundbreaking series of Strictly. What started life as an entertainment show has this year provided solace for so many outcasts.

“Whoever you may be, I pray you always have the heart to be kind, to be understanding and to love. It really is as simple as that.”

Whaite also thanked Radebe for “holding” his hand and sharing this experience with him. 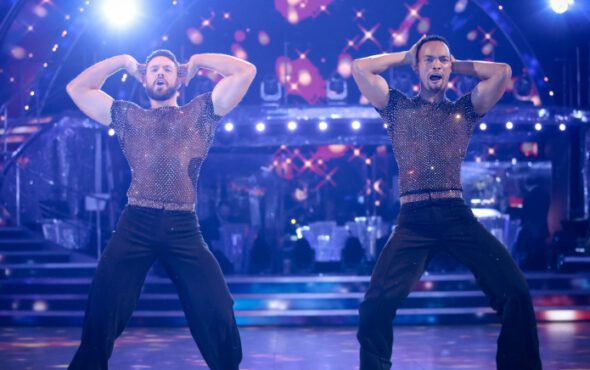 Before taking part in the finale, the British Bake Off star spoke with Radio Times about the impact his time on the show has had on the LGBTQ+ community.

“It’s been incredible, really incredible. The amount of people who have messaged saying things like their kids can grow up in a world where two men or two women can dance together is mega,” he said.

“Older members of the LGBTQ+ community have been so grateful that they’ve paved the way for this to happen. Kids can now grow up without being ashamed.

“My friend who’s a teacher actually messaged me this morning saying that two of the lads in the playground were kissing and no one batted an eyelid like it was normal. It’s just normalised to humanity. It’s saying to the world how great and diverse the spectrum of humanity is and that’s all it’s about.”

Although he’s received a massive amount of support, Whaite also revealed that there had been viewers who were sceptical of his inclusion.

“And we’ve had so many people say, ‘I was doubtful at first of this partnership, but watching your dance, we can see it’s about the dance,’” he said.

“And that’s what it’s about – for 90 seconds we just dedicate ourselves to each other, and the world sees it for what it is, which is art!”

Check out their emotional final performance below or by clicking here.