Jennifer Coolidge has reportedly signed on as the lead of Ryan Murphy and Ian Brennan’s new limited series, The Watcher.

Despite the show not yet being formally announced, it is expected that it will be about a married couple played by Naomi Watts and Bobby Cannavale.

After moving into a new home together, they are targeted by an unknown stalker who signs off terrifying letters sent to them as “The Watcher.”

The storyline is inspired by New Jersey’s infamous “Watcher” house that was abandoned after a couple was sent letters from “The Watcher,” an anonymous person claiming to be “watching” the property for decades.

Deadline reports that Coolidge has joined the series, though information on her role in it remains scarce.

Murphy and Brennan will serve as the executive producers of the series alongside Bryan Unkeless, Henry Joost and Ariel Schulman.

The Watcher is currently being filmed, with its premiere date currently unclear.

It is expected to debut on Netflix after the streaming giant won the rights package in December 2018.

Coolidge will soon appear in Netflix’s first gay Christmas movie, Single All the Way, which will be out in December. 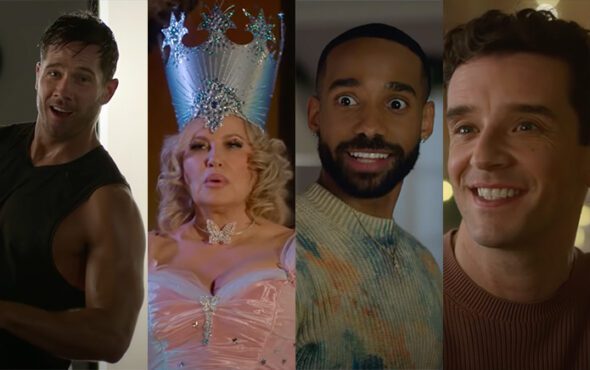 Coolidge will play Aunt Sandy, who from the trailer appears to be providing all the comedy we could hope for.