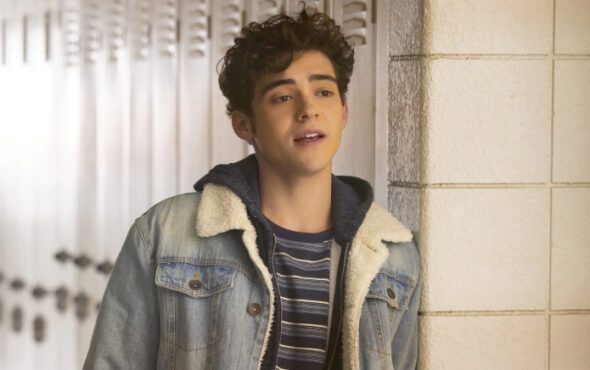 High School Musical: The Musical: The Series creator has addressed if Joshua Bassett’s character will be getting a queer romance.

On 27 July, Disney+ released the third season of the popular musical-based show.

Unlike previous entries, the new batch of episodes follows the East High gang as they attend summer theatre camp at Camp Shallow Lake in California.

Even though the season has just started, fans have already begun to theorise about potential storylines.

Recently, viewers have questioned if Bassett’s character Ricky Bowen would be coming out as part of the LGBTQ+ community.

The speculation began after episode two – which saw Ricky asking EJ Caswell (Matt Cornett) if he was excited to audition for the male leads in the camp’s rendition of Frozen the Musical.

“Maybe we’ll get to play the male leads together again? There are two of them. Their friends? Enemies? Lovers?” he questioned while looking at the camera.

Some viewers have also cited Ricky’s interaction with the show’s new character Jet (Adrian Lyles) as an indication of him possibly coming out as queer.

Another fan tweeted: “Ricky calling Hans+Kristoff lovers, and then he gets cast as Kristoff while Jet gets cast as Hans (Carlos changed it to himself), and in episode 1, he sang a song about being “finally free, finally me” which, let’s face it, is hella queer-coded. In conclusion, Ricky is bi.”

In an interview with Digital Spy, showrunner Tim Federle shared his thoughts on the growing speculation concerning Ricky’s sexuality and a possible queer romance.

“I think particularly for Ricky this season, he’s got some big things to figure out. He ends up going to summer camp, feeling like: ‘It’s going to be a summer of fun, and I’m not getting involved romantically. My last entire year has been the obsession of trying to figure my romantic life out,'” he explained.

“And so as so often happens, the best-laid plans go up in smoke when someone important distracts you. So, I think he’s definitely on a big arc this season.”

Towards the end of the interview, Federle revealed that the episode’s Camp Shallow Lake setting would assist in each character’s overarching development.

“I think summer camp offers not just sort of fun under the sun and a little bit of scandal under the stars, but it allows you to decide who you want to be when you go back to school. And this really is the summer that kind of changes everything,” he explained.

Only time will tell if Bassett’s beloved character will come out as queer.