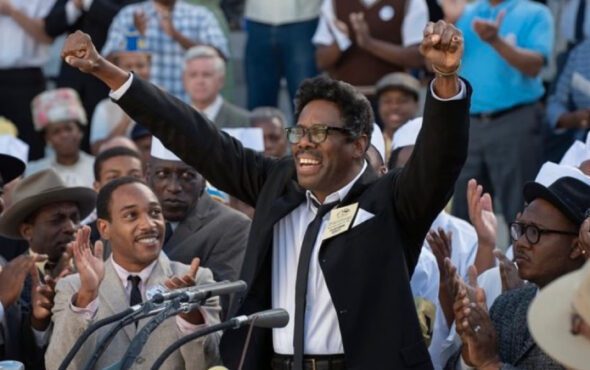 In August of that year, 250,000 people gathered in front of the Lincoln Memorial in Washington, D.C., in protest of racial discrimination.

News broke that the 52-year-old would play the role in October 2021.

But the actor posted the first image of the production to his Instagram on 4 August.

The cast includes Chris Rock, Audra McDonald (Respect) and Aml Ameen (I May Destroy You).

The series will follow the behind the scenes of the March on Washington.

For those who haven’t heard of Rustin, there’s a reason why.

Rustin was erased from the history books due to being an openly gay man in the 1960s.

He continued to be a vital figure in the civil rights movement, and a close advisor to Martin Luther King Jr.

Rustin gave his life to social justice and brought LGBTQ+ issues to the forefront before passing away in 1987.

The activist was posthumously awarded the Presidential Medal of Freedom in 2013.

He was also posthumously pardoned for gay sex.

Netflix’s Rustin premieres on Netflix in 2023.