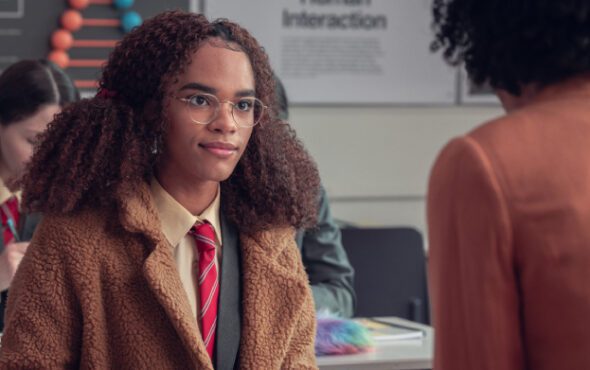 Heartstopper star Yasmin Finney has opened up about the importance of trans actors playing any type of role.

Back in April, Netflix released the highly anticipated first season of Heartstopper.

Based on the hit graphic novels of the same name, the show follows the blossoming love story between Charlie Spring and Nick Nelson.

Alongside the show’s heartwarming plot, viewers have also praised the project for its diverse cast – especially in regards to its trans representation.

In a recent interview with The Guardian, Finney opened up about the importance of authentic casting and trans inclusion.

When discussing the controversial film The Danish Girl, the young talent stated: “What I have a problem with is when people search up the cast for The Danish Girl, and they see Eddie Redmayne isn’t trans, and it was all a lie.”

She continued: “It creates this image for trans people that we aren’t actually what we say we are.”

Even though Finney wants to see more authenticity within trans roles, the 18-year-old also expressed hope for the scope to be broadened for trans actors and the type of characters they’re able to play.

“I think we’ll really [have] change when I can play a character whose gender identity or sexuality isn’t specified,” she explained.

“That’s when the industry will start to see a trans actor as normal actors like everybody else, and we can play any role that we want to.

“When I can play a cis role, it will be sunshine and rainbows.”

Finney’s interview comes a couple of weeks after she was cast in the forthcoming Doctor Who season as Rose.

“This show has a place in so many people’s hearts, so to be seen as a trans actress by the legend himself, Russell [T Davies], has not only made my year, it’s made my life,” Finney told the BBC about her casting.

“I cannot wait to begin this journey and for you all to see how Rose blossoms. Get ready.”

She added that if “eight-year-old Yasmin” could see where she is now, “I would have never in a million years believed them.”

Doctor Who showrunner Russell T Davies echoed similar sentiments in an additional statement and described Finney as an “absolute joy”.

“Life on Doctor Who gets brighter and wilder – how can there be another Rose?” he teased.

“You’ll find out in 2023, but it’s an absolute joy to welcome Yasmin to the Doctor Who set.

“We all fell in love with her in Heartstopper, one of those shows which changes the world – and now Yasmin can change the Whoniverse.”