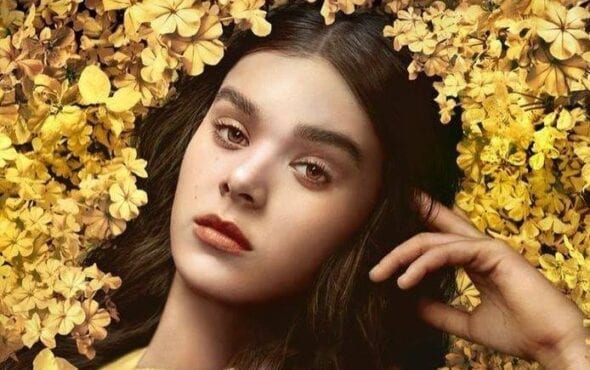 Hailee Steinfeld rejoins the dark comedy drama based around the life of Emily Dickinson – it’s back!

Dickinson had long been on my watch list. After catching glimpses of the posters that lined tube stations late last year, I decided to cave and watch the delightful series on Apple TV+.

Dickinson is a charmingly dark witty adaption steered by Hailee Steinfeld (Emily Dickinson) and her fellow castmates. In the new season, the team of actors reprise their roles in this historic drama, continuing to flip the narrative with its quirky, young Millennial style delivery.

A mini-trailer for season was released last month on Facebook which shows the Emily and her friends, naturally, up to no good and attempting to contact the dead.

In a recent online post, Steinfeld posted what looks like the official imagery of the upcoming season. Set to air on January  8th, the actress caption the post with “You can’t hide from greatness”.

You can watch the trailer for season 2 here or below: