Gossip Girl star opens up about playing a pansexual character: “It was liberating” 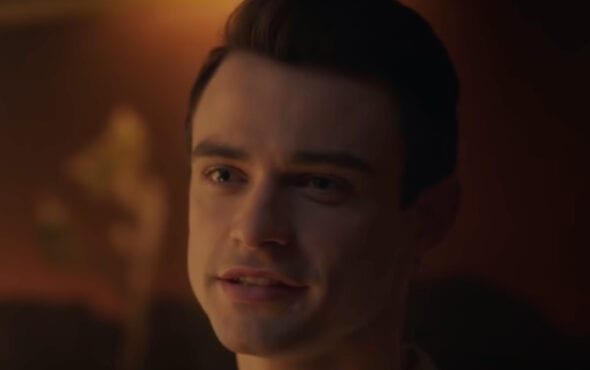 Thomas Doherty has opened up about playing a pansexual character in the new HBO Max Gossip Girl reboot.

Sitting down with Variety, Doherty – who plays Max Wolfe – described his experience as “amazing” and “liberating.”

“Obviously my character, Max, is pansexual and for me it’s always amazing when you play a part to see what you can kind of draw from that and what you can compare it with your own life, your own beliefs,” he explained.

The Scottish actor also revealed that the series inspired him to question his upbringing and thoughts surrounding gender and sexuality.

“That kind of threw it all up in the air and it was kind of liberating. It’s been an amazing experience for me, definitely,” he said.

Since premiering on 8 July via HBO Max, the series has earned praise from fans due to its queer and racial diversity.

Earlier this year showrunner Joshua Safran, who wrote and executive produced the original show, opened about featuring more “diverse and/or queer” characters in a statement.

“There was not a lot of representation the first time around on the show,” said Safran. “I was the only gay writer I think the entire time I was there. Even when I went to private school in New York in the ’90s, the school didn’t necessarily reflect what was on Gossip Girl. So, this time around the leads are nonwhite.”

The series is expected to premiere in the UK “later this year” on BBC One and iPlayer.

Watch the scandalous new trailer here or below.