Fans of Marvel’s What If…? series are convinced that Agent Coulson is queer 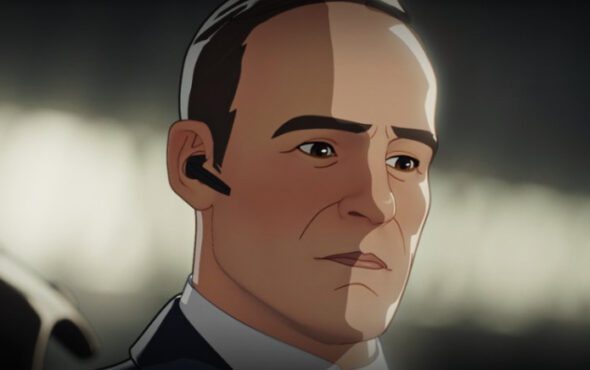 Fans of Marvel’s What If… ? series have reopened a debate regarding the sexuality of beloved SHIELD agent Phil Coulson.

Over the course of 2021, Marvel and Disney Plus have blessed fans with huge amounts of superhero content.

Their latest series, Marvel’s What If…? has been a hit amongst viewers and has showcased popular characters in new environments and roles.

From Peggy Carter becoming a super soldier to T’Challa traversing the galaxy as Star-Lord, the creative stories have been a refreshing escape from the canon Marvel Cinematic Universe.

The third episode follows Nick Fury and fan-favourite character Agent Phil Coulson as they try to recruit the Avengers team.

But unlike the iconic film of the same name, the would-be team are being murdered one by one.

Alongside the tragic end of Earth’s Mightiest Hero and King Loki taking over earth, fans couldn’t help but notice a subtle spotlight on Coulson’s sexuality.

After the Asgardian’s death he continues to admire the fallen hero, stating: “Even while rotting, he smells like lavender.”

Of course, this wasn’t the last time fans got a glimpse of Coulson swooning over dreamy superheroes.

When asked about his SHIELD password, Coulson revealed it to be “Hashtag-Steve-Steve-I-Heart-Steve-0-7-0-4.”

The scene was a nod to the first Avengers film, in which Coulson was seen as a longstanding fan of the super-soldier.

In an interview with Entertainment Tonight, actor Clark Gregg opened up about his character “fangirling” over Thor.

“I mean, look, it’s very true to life in that the guy who plays Agent Coulson has certainly spent his fair amount of time marvelling at Hemsworth in all his glory. So apparently, there is no Chris that I don’t have a huge crush on,” he said.

Gregg also opened up about improvising his flirtatious interrogation scenes with Thor, stating: “I remember when I first was interrogating Thor, I think they finally told me to stop.”

He continued: ”There was definitely some improv I was doing that was, ‘Who are you? Where are you from, you beautiful WWF wrestler Viking god?’ It’s just hard not to.”

Although the episode took place in an alternate universe, fans have embraced Coulson as part of the LGBTQ+ community.

Check out some of our favourite tweets from MCU fans below.

#WhatIf SPOILERS
–
–
–
coulson was so openly fruity this episode oh my god. crushing on steve and thor that hard. what a gay king! pic.twitter.com/XeuQcImmJF

my favourite thing about episode 3 was coulson absolutely simping for thor and steve pic.twitter.com/CJXuMXWNcw