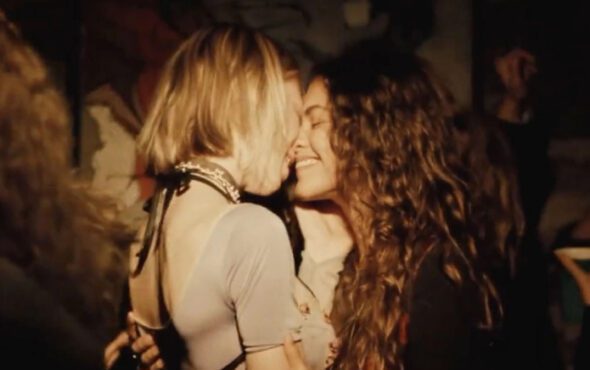 Euphoria stars Zendaya and Hunter Schafer have opened up about season two and their “flawed” characters.

After two and half years, the critically acclaimed HBO series will be headed back to our screens this January.

Season two is set to take place after the intense events of season one and its accompanying one-hour specials.

If the recent teasers are any indication, our favourite characters will face even darker storylines that deal with addiction, sexuality, and relationships.

In a recent interview with Out, the two actresses opened up about Rue and Jules’ relationship and the series’ overall queer representation.

“What I’ve always appreciated about Euphoria is they just allow the characters to be in love and figure that out as they go and make mistakes and they’re flawed, and there’s nuance and there’s depth to who they are and they love each other and they hurt each other, without emphasizing or overemphasizing anything for any political reason or statement,” Zendaya explained.

“It just allows them to just exist and to love each other in whatever complicated form that takes. And I think that that is something I always felt was really beautiful about Rue.”

Hunter echoed similar sentiments and said the show does a great job at highlighting the “beauty in ugliness and mess.”

“I don’t want to watch TV about people being good people. I don’t want to see only that one side of them that they’d show most of the world,” she said.

“I think that’s why I trust this show to handle characters like Rue and Jules, or just all of the characters, because it illuminates not only the beauty, but also the ugly.

“And it lets it all create some kind of like weird, f**ked up, gorgeous mess that makes the show what it is and that’s pretty parallel to life.”

“I loved stepping into Maddy, and it’s a fun character for me to play. I think we’ll see a new side to her this season,” she told Out.

“I think you see her reflecting and you see her a little more vulnerable. But she still has her Maddy moments. She definitely has a lot of mess but… it seems like the mess is kind of cleaning itself out.”

Sydney said she enjoyed playing such a “complex character” in season two.

“I mean, she’s a teenager. She’s going through teenage emotions and situations and some adult situations as well. So it’s fun being able to dive into the challenges and dynamics of character like that,” she said.

In terms of their characters’ relationship dynamics, Alexa and Sydney praised the show’s honest portrayal of female friendships.

“As an actor and also just as a viewer, it’s amazing because there’s so much honesty,” Sydney explained.

“We aren’t… females aren’t just one dimensional or one layered. There are so many layers to the onion as you peel it back and back and back.”

“Yeah, I think they are just really real. These dynamics are so so real,” Alexa added.

Euphoria season two is set to arrive on 9 January in the US on HBO Max. In the UK the series will drop on 10 January on Sky Atlantic and NOW.

Check out the full cast interviews here and watch the latest trailer below.