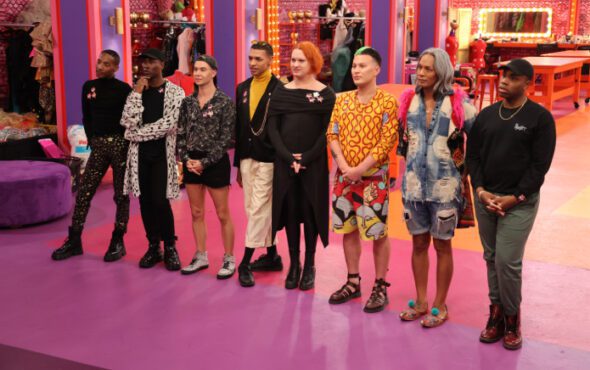 RuPaul unleashed some of the biggest twists in Drag Race herstory during the final maxi-challenge of All Stars 7.

The episode saw the eight winners compete in the Drag Race Gives Back Variety Extravaganza, the talent show challenge which usually takes place at the start of an All Stars season.

Shea Couleé and Monét X Change were declared the top two of the week, with Raja and Yvie Oddly also receiving notable mentions during the critiques.

As RuPaul revealed earlier in the episode, this challenge was worth three Legendary Legend stars – bringing Shea’s total number of stars to four and Monét’s to five, securing them both a spot in the final four lip-sync.

With Trinity the Tuck and Jaida Essence Hall both tied at three stars each, RuPaul left it to Monét to decide who would make it to the finale.

She went with Trinity, meaning that The Vivienne, Raja, Yvie and Jaida would instead lip-sync for $50,000 and the title of Queen of She Done Already Done Had Herses in next week’s episode.

Fans are incredibly divided over how the stars were given out, with some saying they “love a little extra twist” and others deeming it “unfair” on the queens who had won more challenges during the season.

You can see how viewers reacted to the episode below:

The look on jaida’s face says it all she knew #DragRace #AllStars7 pic.twitter.com/uqpOhxKvaV

BY FARRRRR the best talent show act out of the bunch!! ✨ #DragRace #AllStars7 pic.twitter.com/rVMyZSZTa5

No matter what happens next episode, I don't wanna see ANY hate towards Shea on here!!! If you have a problem with the 3 star twist, be mad at the production, NOT Shea. ‼️ #AllStars7

Raja came into this season a complete underdog, 10 YEARS after winning. and she did THAT, at 47 YEARS OLD!!(now 48) she has cemented her name as THE first ever fashion queen. I’ll forever be proud of Raja and her run this season 🥹🫶🏼🤍 #DragRace #AllStars7 pic.twitter.com/3nbolvz8Dn

That twist was so unfair for Jaida, why couldn’t they have just lip synced for that final spot??? #AllStars7

You’re telling me Shea and Monet went from being in the bottom all season to 1st and tied for 2nd?! In a matter of one episode…This “twist”was 1000% rigged for them! RIGGA MORRIS #AllStars7 #DragRace pic.twitter.com/M5Eb6QwEqQ

This fucking #AllStars7 twist… Jinx better win or else this season would end SO FUCKING ANTICLIMATIC! Imagine the sneak that is Monet X Change grab that crown last minute. NO I CANNOT! 😭😭😭😭

// #AllStars7 spoilers
–
–
–
–
–
–
–
jaida and the vivienne not making the finale due to twists and being snubbed in SEVERAL challenges is proof that they were casted as filler queens. was already kinda fed up with this season but this week was the final nail in the coffin for me pic.twitter.com/k1mFHRubZn

raja's performance is so important, an homage to indonesian culture. and its so amazing to witness on tv, as theres a lack of asian rep on drag race. and even after 14 seasons, there has only been one asian-american winner on the main franchise #DragRace #AllStars7 #TeamRaja pic.twitter.com/giIUT4yXVf

this 3 star twist just turned the game on its head at 360 yes #allstars7 pic.twitter.com/kopJAgt6qV

as7 was so good until this twist happened, it’s giving as3… #AllStars7

#AllStars7 Bullshit. I knew as soon an Ru said 3 stars were being given it was for Shea. Absolute bullshit. The Vivienne was robbed.

Shea & Monet deserve the winnnnn but do they deserve 3 stars? Skskks it’s the twist I question sksk not these queens’ talents #DragRaceAllStars7 #AllStars7

#AllStars7 has me up going CRAZY right now!!! This twist is fucking INSANEEEEEE🔥🔥🔥🔥🔥🔥🔥🔥😳😳😳 pic.twitter.com/GynOIXyplf

Trinity won 4 challenges, Jaida won 2. She was not robbed, gays. The real riggery of the season was the whole 3 stars shenanigan to force Shea into the top 4. Had it not been for that, Jaida would've had her rightful spot at the finale #AllStars7 #DragRace #AllWinners pic.twitter.com/jkIemvyMjS

Jinkx when Rupaul announced that the last challenge is worth 3 stars #AllStars7 pic.twitter.com/5tqY3EjkZw