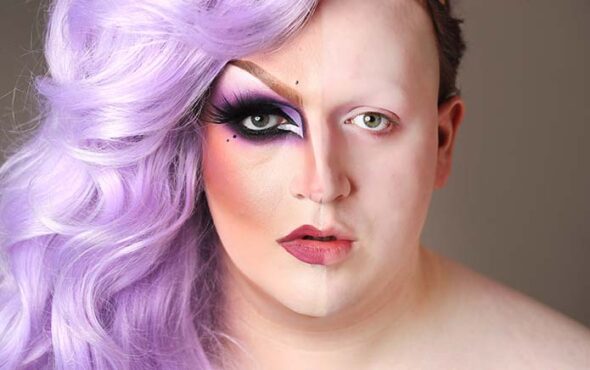 Lawrence Chaney is set to star in a new online series which will explore how she balances her day-to-day life with her drag persona.

The three-part show, titled Lawrence Chaney: Unfolded, will show how the UK’s reigning queen has become a master of multitasking both on and off stage.

Episode one will see Lawrence sit down with her out-of-drag self, Lawrence Maidment, to discuss the differences between their lives and how they keep the two separate.

This will be consistent throughout the show, as the Samsung KX commissioned series will alternate between each version of Lawrence.

“Being a drag queen requires a lot of multitasking,” Lawrence explained. “So, if I could do my part with Samsung KX to help people follow in my footsteps and get themselves into multitasking mode, then we’ve done some good.”

Viewers will be given an array of tips and tricks on how to bring multitasking into your everyday life to thrive as Lawrence does.

The Drag Race UK season two winner says her top five tips are to stick at it, stay in control, be flexible, be the best you can and to remember that there is no need to conform.

Earlier this year, Lawrence became the second queen to win the UK’s edition of Drag Race.

The finale saw Bimini, Ellie Diamond, Lawrence Chaney and Tayce compete in an all-singing, all-dancing extravaganza for the crown as they performed a remixed version of RuPaul’s track A Little Bit of Love.

After prancing down the runway in their final four eleganza, Ellie was told by RuPaul that it’s “not her time” and was eliminated in fourth place.

To the beat of Elton John’s pop classic I’m Still Standing, the top three pulled out the kicks, flips and splits for the crown.

RuPaul then announced that Lawrence triumphed over her competitors to become the winner of season two, with Bimini and Tayce placing a joint second and third.

Lawrence spoke to GAY TIMES following her win an exclusive interview, which you can read here.

Episode one of Lawrence Chaney: Unfolded can be watched below or by clicking here.