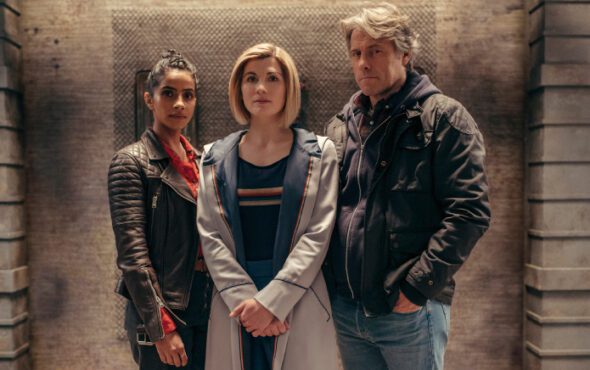 LGBTQ+ fans were sent into a frenzy during the series’ latest release which featured Yasmin ‘Yaz’ Khan (Mandip Gill) confessing her feelings for the Doctor (Jodie Whittaker).

In the episode titled, Eve of the Daleks, Yaz and Dan (John Bishop) are separated from the Doctor and stuck in a time loop.

As the two get close to one another, Dan comes to the realisation that Yaz has romantic feelings for the Doctor.

Dan then went on to ask Yaz if she ever opened up about her feelings, to which she responded: “I don’t know what to do Dan. I’ve never told anyone. Not even myself.”

Towards the end of the episode, Dan revealed to the Doctor that Yaz has romantic feelings for her.

After the revelation, the Doctor pretended to not understand which prompted Dan to say: “I think you do, but for some reason you pretend to me, and to her, that you don’t.”

Shortly after the episode aired, fan took to social media to express their excitement for the potential romance.

A post shared by Doctor Who: Eve of the Daleks (@bbcdoctorwho) 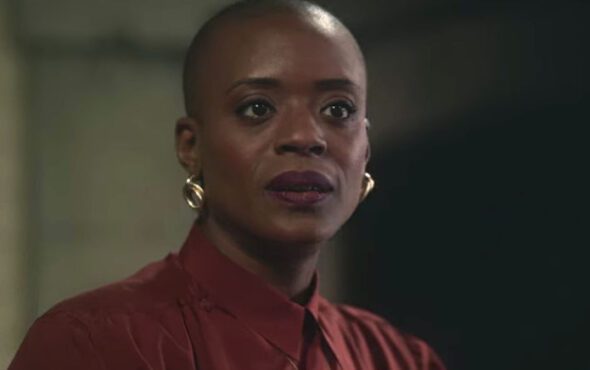 Another Twitter user said: “Thasmin becoming canon just as Jodie is abt to be possibly replaced by a guy ik ur f**king lying rn.”

The episode has also been praised by Stonewall’s Director of Communications and External Affairs, Robbie De Santos.

“It’s fantastic to see a prominent storyline on attraction between two women in the latest episode of Doctor Who,” Robbie told Metro.

“There have long been LGBTQ+ themes in the show, and the storyline between Yasmin Khan and the Doctor is one of the most significant examples so far.

“‘We can’t be what we can’t see and seeing same-sex attraction represented in one of our most popular TV shows will delight viewers and mean so much to LGBTQ+ people across the country.”

Unfortunately, viewers will have to wait for the next episode – Legend of the Sea Devils – to drop to see if the Doctor acts on the bombshell revelation.

Currently a premiere date of “early 2022” has been set for the highly anticipated release.

Check out more fan reactions below.

thasmin becoming canon just as jodie is abt to be possibly replaced by a guy ik ur fucking lying rn #DoctorWho pic.twitter.com/YqVU9dnn8r

For someone who jokes a lot about enjoying queerbait, I have to say I got real emotional when they confirmed thasmin. Wow. As a sapphic seeing it confirmed was just… so powerful #doctorwho #doctorwhospoilers pic.twitter.com/ITTKr1hMgp

I think that was the most important scene of the episode. It’s not easy for everyone to say “oh yeah I’m gay”, it’s often harder to admit to yourself than to tell people. And I’m sure this scene will mean a lot to many young people who watch Doctor Who #doctorwho pic.twitter.com/lgGiUBOZmk

“2022 is already cursed” FOR YOU. i just got canon thasmin and that’s the only thing i’ll be thinking about for the rest of the year

i need thasmin but you know who needs it more? all the wee gay 10 year old girls watching doctor who and trying to figure themselves out

thirteen after her conversation with dan pic.twitter.com/VVKkuy32fL