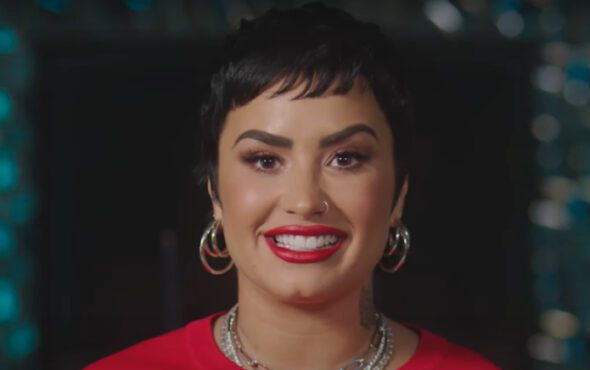 Pop star Demi Lovato is on the hunt for aliens in their brand new documentary series.

Unidentified with Demi Lovato is set to follow the pop star as they embark on a quest to uncover the truth surrounding the UFO phenomena.

Their longtime friend Matthew and sister Dallas will also be joining the singer as they take a deep dive into eyewitness accounts, investigate government documents and take UFO tests.

In the trailer, Lovato opens up about their own experience with extraterrestrial life, stating: “I had this crazy experience, that happened to me in Joshua Tree.”

They continued: “It was this bright light, and it kind of moved in like these weird ways that a plane wouldn’t move. My goal is to find out what happened.”

Throughout the sneak peek, Lovato, Matthew and Dallas meet an array of professionals, travel throughout the desert and allegedly make contact with an alien being.

“What if extraterrestrials aren’t travelling light years to visit us? What if they’re already here waiting for us to reach out?” they said.

“Over the past couple of months I have dug deep into the science of consciousness and experienced not only peace and serenity like I’ve never known but I also have witnessed the most incredibly profound sightings both in the sky as well as feet away from me,” the singer explained.

The series comes months after the US government opened up about the existence of extraterrestrial life in an unclassified report.

In the document, it was revealed that there were 144 reports of UAP’s – or unidentified aerial phenomena. 18 of those reported “unusual UAP movement patterns or flight characteristics.”

While the government has penned the majority of the occurrences as either “natural atmospheric phenomena” or “foreign government technology” there are a few incidents that they are investigating further.

Unidentified with Demi Lovato is set to premiere on Peacock’s streaming service on 30 September.

Check out the full trailer here or below.