Dave reacts to Jinkx Monsoon’s Snatch Game on Drag Race All Stars 7: “I loved it” 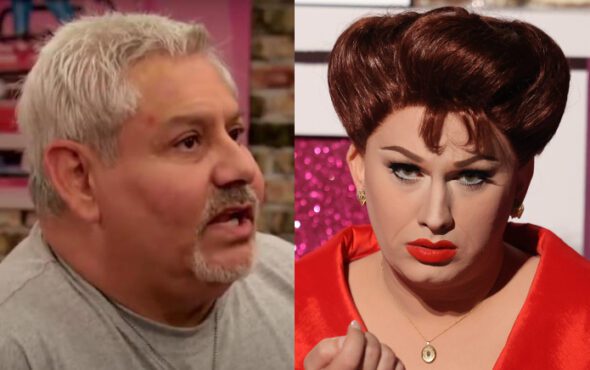 Jinkx Monsoon’s impersonation of Judy Garland on Drag Race’s latest instalment of All Stars 7 has already gone down in herstory as one of the best.

With the entire cast being made up of former Drag Race winners, RuPaul upped the ante by making each queen portray two characters in one Snatch Game.

Jinkx went with Natasha Lyonne and Judy Garland, using the latter to forgive Navy veteran Dave Lara who, in an appearance on season five’s makeover challenge, infamously said he had played a role in the entertainer’s passing.

“I’d like to take a moment. You see, there’s a veteran named Dave who’s been on your show, and said he was worried that he killed me,” Jinkx told RuPaul. “And I want to say, Dave, if you’re watching, you’re not responsible, darling. It’s alright. You’re forgiven.”

The reference left RuPaul and Michelle Visage hysterical, with fans of the show also praising Jinkx for it online.

One tweeted: “The foresight to make a callback to one of your most awkward experiences in a challenge while absolutely OWNING your competitors in your signature challenge with all that pressure?! Her MIND and PROFESSIONALISM.”

Dave also saw the episode and, although he confirmed he has only met Jinkx once since season five, said the reference “shows that she still loves me, and I appreciate that.”

“I was seriously touched that she’d do that shout-out,” he told Entertainment Weekly. “It has gotten the 100 or so people who remember me to talk about me and, to this old man, that’s trending, girl! I loved it. It was touching that she would do that, and I really loved the way the judges and everybody were cracking up about that, because I know they remember that I killed Judy Garland.”

He also revealed that Drag Race was “the first time” he had told anyone about his fears over being involved in Judy’s death and that he does not want to be “made out to be the villain.”

“It’s weird, I don’t think drag queens impersonate, I actually think they channel some of these people they’re portraying or being,” Dave continued, discussing whether or not Jinkx’s Snatch Game was like a form of public redemption.

“As gay people, that pain that we all have in us, we all have pain, I think that’s what the drag queens are doing,” he continued. “They’re channeling that pain and bringing it to us so that we can understand that life is that way, and sometimes you just have to go with it. I don’t want to get all maudlin, and I do think it’s funny now how I [revealed] it, so, let me lighten the mood: We’re making jokes about Lincoln, so why can’t we make a joke about Judy Garland?”

Jinkx won both the challenge and the lip-sync, opting to block Shea Couleé from winning any points in the next challenge.

All Stars 7 is released every Friday on Paramount+ in the USA and WOW Presents Plus in the UK.