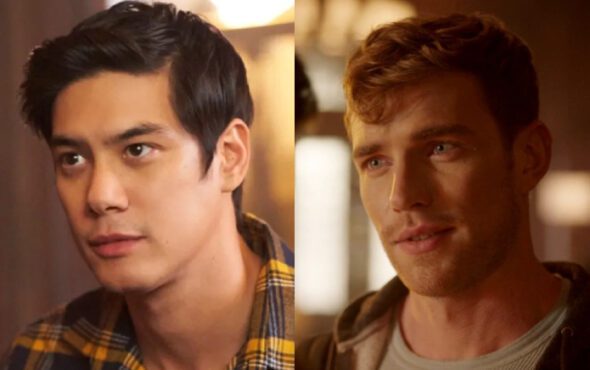 The popular CW show Legacies has introduced a brand new LGBTQ+ couple to the series.

From Josh Rosza and Bill Forbes to Luke Parker and Mary Louise, viewers have been introduced to an array of queer characters in both The Vampire Diaries and The Originals.

In the show’s current season, viewers were introduced to Ben (Zane Phillips), a demigod who has been poised as Jed Tien’s (Ben Levin) new love interest – who’s been on the show since season one.

In an interview with The Observer, show writer Price Peterson revealed that a same-sex male pairing had been discussed since the show’s inception.

Luckily, the show didn’t have to look too far due to Levin expressing an interest in portraying his character as gay.

After finding one half of the aforementioned queer couple, Peterson set his sights on casting an openly gay actor to play Jed’s new love interest.

This led him to Phillips, who had previously auditioned for the show in October 2021.

When discussing why he gravitated toward the New York-based actor, Peterson told the Observer that it was due to his “very, very silly” personality and dashing looks.

“He was just very buff and square-jawed sort of guy, and let’s just say there’s not a big pool of people that are good actors who look like that,” he explained.

“We narrowed it down to a smaller group of people, but there was never anyone else at any point. If anything, the biggest debate was, ‘Who is our back-up in case Zane says no?’ It felt almost supernatural that he came along.”

His decision to cast Phillips also had to do with Fire Island star Joel Kim Booster, who encouraged Peterson to cast the Partner Track actor.

“I reached out to Joel and I was like, ‘Hey, there’s a guy auditioning for our show who was on Fire Island. What’s his story? We’re looking for a sort of gay, demigod type,'” he told the publication.

“And he’s like, ‘Well, not only is Zane that for sure, but I actually have willed this into existence. I’ve always said he should be on The CW, so this is perfect.'”

Since being cast in the series, Phillips has opened up about the importance of Jed and Ben and the overall scope of LGBTQ+ representation in TV.

“To see two men come into their power through a relationship with each other– [they] are two very powerful forces coming together – is so, so cool.

“This idea that you don’t have to diminish yourself to pursue something with another man, you don’t have to pretend that you’re less than you are, which is a contrast to how we’re taught to grow up as queer men.”