All we know about the incredibly queer Gossip Girl reboot 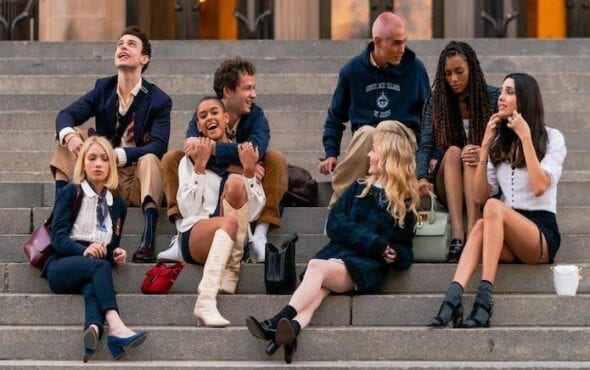 Hey Upper East Siders, we’ve got the lowdown on Gossip Girl 2.0, including details on the new cast and characters.

At last, 2021 has arrived with some good news! With the new series on the way, the infamous Gossip Girl franchise has unveiled its highly anticipated new cast and characters.

The show is expected to be hitting HBO Max this year and will be jam packed with queer content.

In fact, executive producer Joshua Safran tweeted stating: “The majority of characters being diverse and/or queer”. The writer, who was also involved in the original series, later elaborated in an interview about the reboot.

“There was not a lot of representation the first time around on the show,” he said. “I was the only gay writer I think the entire time I was there. Even when I went to private school in New York in the ’90s, the school didn’t necessarily reflect what was on Gossip Girl. So, this time around the leads are nonwhite.”

A first look of the new Upper East Siders was caught while the new series was filming in November 2020 and, of course, the images went viral on Twitter.

the new Gossip Girl looks so good- even with one pic wow pic.twitter.com/waNQ66XYWI

We are saying YES to the Gossip Girl reboot, YES to the king Eric Daman being back at it on the Upper East Side, YES TO LIFE!!!! pic.twitter.com/JXs2ctNOG5

With first looks out the way, here’s what you’ve been waiting for — new info on the cast and characters. In a string of online posts, the show gave us an exciting look into the newbies joining the reboot.

Julien Calloway has been confirmed as the main character and will be portrayed by Jordan Alexander (Unbury the Biscuit).

Little been revealed about the upcoming characters, each post includes nouns which is considered an attribute to their personalities. Calloway has been presented as “Influence”.

Monet de Haan has been revealed as a main character for the series and will be portrayed by model Savannah Smith.

Zion Moreno (Control Z) is stepping into the role of Luna La.

Bringing on the first of the boys, Thomas Doherty (The Descendants) has been announced to take the title of Max Wolfe.

Emily Alyn Lind (Doctor Sleep, Revenge) has been announced to be portraying the graceful Audrey Hope and influencer Tavi Gevinson is set to the cast as Kate Keller.

Already a fan favourite on social media, Akeno “Aki” Menzies has grabbed the attention of eager viewers. Actor Evan Mock even caught the attention of our fave Frank Ocean for his vibrant pink buzzcut.
Portrayed by Eli Brown (The Perfectionists), Otto “Obie” Bergman IV is another new addition to the character round up.

Zoya Lott, who will be presented by Whitney Peak (Chilling Adventures of Sabrina), is the latest character to be unveiled by the new Gossip Girl reboot. The character is also rumoured to be a queer character paired with Julien Calloway.

Kristen Bell has also been confirmed to return to narrate the new series.

There has been no word on the block on how the new series will shake up the original plot, but with a new trailer expected to land soon, we’re excited to see what comes next.