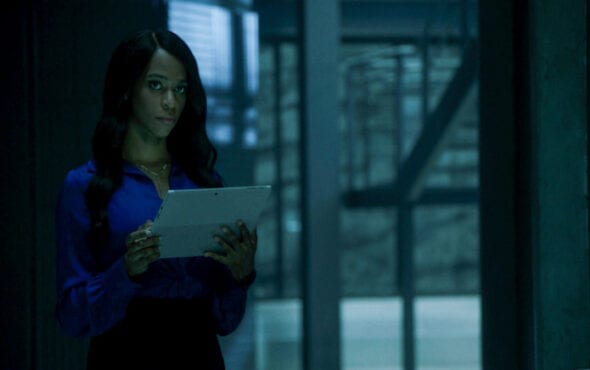 Alexandra Grey is tipped to play the role of a transgender female engineer in the action-adventure series MacGyver.

Known for her latest role in the indie film Gossamer Folds, Grey will be returning to our screens once again.

The actress is set to play the character of Parker; a transgender female Phoenix engineer who will support MacGyver and the Phoenix team.

Backed by the current Director of Operations of The Phoenix Foundation aka Matty Webber (Meredith Eaton), Parker has been brought in as a new member of the crew.

As the debate of whether straight actors should play LGBTQ+ characters continues to unfold, it looks like the film and TV industry are finally taking notice.

CBS’s choice to cast Grey looks like an active step forward to challenge the on-going erasure and stereotyping of trans individuals and the roles they play.

"Grey stepping into the role of Parker aligns with the ongoing need for authentic representation of the trans community and other historically underrepresented (and misrepresented) voices in Hollywood."@1AlexandraGrey Joins @MacGyverCBS In Recurring Role https://t.co/UcFsY1LOBP

Alongside guest roles on hit shows such as Code Black and How to Get Away with Murder, Grey also took part in HBO Max’s four-part LGBTQ+ series Equal.

Narrated by Billy Porter, the series spotlighted landmark events in LGBTQ+ history and featured a mixture of archival footage and modern scripted reenactments.