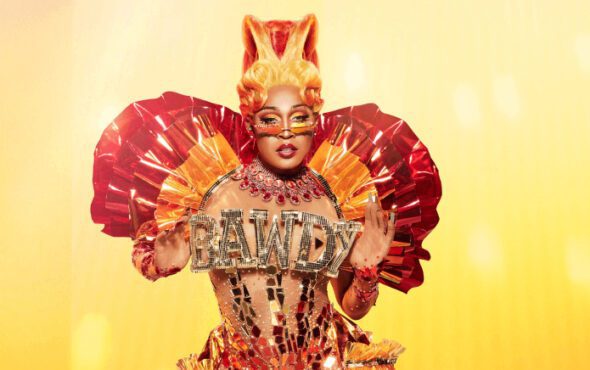 A’Keria C. Davenport has explained why she decided not to take part in the “game within a game” in a bid to reenter the competition.

During last week’s episode, RuPaul revealed that the highly anticipated twist of the season was in fact a “Lip Sync Smackdown”.

Although Serena Cha Cha, Jiggly Caliente, Silky Nutmeg Ganache, Yara Sofia, Scarlet Envy, Jan, Pandora Boxx and Eureka were all eager to fight for their place in the competition – one All Star did not welcome the opportunity with open arms.

Instead, A’Keria decided to sashay away for once and for all, explaining during the episode that she did not want her “world shattered again”.

“So y’all know I’m a fighting b*tch, but I would much rather respectfully decline than to have my world shattered again,” A’Keria explained during the Lip Sync Smackdown episode of All Stars 6.

“I’m sure people will be like, ‘Oh my god, you’re so crazy that you had this second chance and you’re not taking it,’ but I still feel like I have a second chance because I can take the things I’ve now learned about myself, that this competition has taught me, and apply that to my next journey in life.”

Some time after the filming of the episode, A’Keria sat down with Michelle Visage to film her episode of Whatcha Packin.

In a newly released bonus clip from the interview, she further elaborated on why she felt it was time to end her run on All Stars 6 instead of attempting to get back into the competition.

A’Keria said: “It’s not always giving up, sometimes you have to take that same fire and drive and direct it somewhere else.

“And to know that in that moment, everybody has a season. In that moment, it just may not be your season. So this is your chance to bow gracefully and allow the world to fall in love with what you did present and actually give that somewhere else.”

A’Keria has also taken to Instagram to justify why she decided to leave the game, advising her followers that it is wise to “choose your battles”.

“She was NEVER the competition, only the OBSTACLE!” A’Keria said on social media. “Remember to ALWAYS choose your battles wisely!”

Thursday’s episode of Drag Race will reveal whether or not Eureka defeated Silky following the latter’s iconic streak of lip sync wins against her fellow eliminated queens.