The Screens are using their latest album to spread LGBTQ+ acceptance 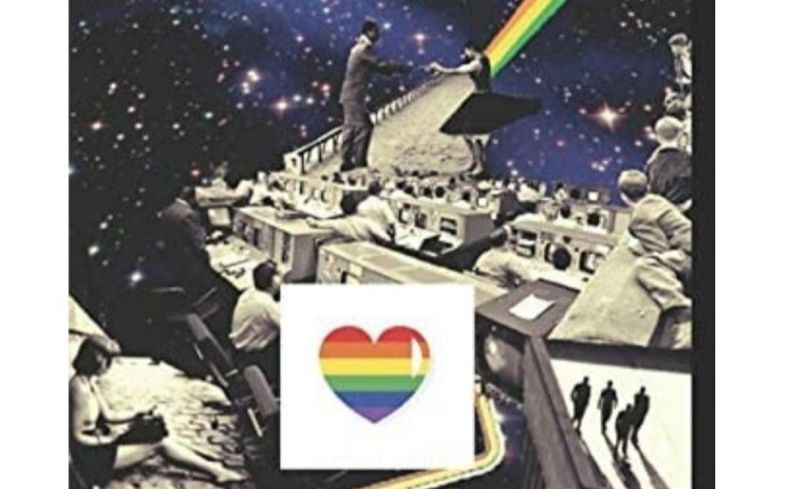 The Boy Who Waved At Trains was released last month.

The Screens, made up of Colin Wade and Neil Watson, have released their latest album, The Boy Who Waved At Trains, and its aim is to promote global LGBTQ+ community acceptance to fans and followers of the band.

Unlike most albums, which are accompanied by a series of music videos, the band decided to write a small novella, as they viewed the album as a story divided into chapters, as opposed to separate pieces of music.

The inspiration behind the album was a short film released in 2017 in support of the Los Angeles LGBT Center which highlighted how coming out for gay people can often lead to abandonment. The film, endorsed by Elton John, David Furnish and Jamie Foxx amongst others, depicts a fictional story of parents discovering drawn gay images in their teenage son’s bedroom and culminating in the father physically abusing him and throwing him out. This powerful yet fictional scenario set the perfect scene for The Screens to tell a similar story but set in a different country and time when homosexuality was still illegal.

In preparation for the album and novella, the band researched the history of the LGBTQ+ rights movement in the United Kingdom, as well as other parts of LGBTQ+ history in the United States, which charts the life of a gay man in England before and after homosexuality is decriminalised. The novella deals with the homophobic reaction he gets from his family, as well as his life as a closeted gay man in London, and parts of his life in New York as the AIDs crisis was beginning.

The introduction highlights the allyship that The Screens are giving to the LGBTQ+ community, as they write: “Though both of us are heterosexual, and in long term relationships, it has been challenging to write lyrics and a story from the perspective of someone who has lived life as a gay person and judged by people who don’t even know your name.”

“It’s impossible for us to know how it must feel to be alienated, ridiculed, or in the extreme, physically abused for something that a person has no control of. As a child I was racially abused so I suppose I have experienced the pain of being attacked for something beyond my control which is why I feel empathy for every kind of prejudice.

Speaking to GAY TIMES, Neil emphasised the important of the novella not having a happy ending, explaining “that’s not how life works. I wanted to show the reader that being a victim of prejudice rarely ends well. Whether it’s a sexual, religious or colour prejudice it always seems to be something people can rarely escape.”

He noted that giving the happy ending could end up giving people the “impression that all is well in the world, that the battle for the LGBTQ+ community has been won,” adding: “I don’t believe we are anywhere near the end of the equality issue in LGBTQ+ rights.”

And the band aren’t perturbed by any possible negative reaction to the album’s message of LGBTQ+ equality, with Neil saying: “Album sales aren’t more important than allowing prejudice to exist. We think being in The Screens is about playing for people who we would choose as friends outside of the band. We certainly, and genuinely, don’t want a hundred thousand homophobic, Islamophobic, racists saying they love our music.”

What was the decision like to have such a tragic story influence your second album?

It was the easiest decision we’ve ever had to make to be honest. We decided as a band we didn’t want to make another album without a point or message to it. The world is full of albums that do nothing to challenge prejudice, inequality, the stuff that effects the majority of the world’s population on a daily basis. In 2017, I watched a short film on Facebook that promoted The Los Angeles LGBT Center. The film told a fictional story about a teenage boy who came home from school to discover his parents in his bedroom holding a book that they’d found with gay images drawn in it. The father physically assaults his son and throws him and his possessions out. It’s so powerful and addresses how common this type of thing is. Our album and novella start with our central character suffering a similar fate. This became the perfect starting point for us to challenge abandonment within the LGBTQ community.

How do you think the album benefitted from having the novella instead of music videos?

Videos are amazing and on our first album we loved the creative freedom to write and direct them without any restrictions. We knew this album needed to be a film as each song is sequentially telling part of the same story. We didn’t have the time, money or expertise to shoot a movie to the level we would expect of ourselves, so decided to tell the story as a novella which would allow people to appreciate why specific songs sound as they do and also where we were mentally during the writing and recording of the album.

What was the most personal part of the album and novella for you to write?

We rented a Victorian railway carriage in Suffolk in the middle of a field that was converted into a tiny cottage as a base to record Colin’s vocals. There was no TV, internet, nothing. It meant we could focus in on the emotional delivery of the words without any distractions. We recorded each vocal in the order the songs appear on the album and eventually arrived at the last song. Colin had worked so hard on every vocal and all of them are up-tempo numbers, so it was physically exhausting for him. The last song, Betterman, is the realisation in the characters life of just as he believes he has found something dependable it gets taken away from him. Colin sat down to record this one and as he sang the lyrics, I imagined our character embodied in the delivery. Colin’s voice broke a couple of times as he performed it. The last line of the song is ‘Goodbye, Goodnight, I tried’ and at that point I lost it and broke down and trying to engineer through floods of tears, maybe exhaustion from the session but probably not. I felt the sadness of the story that the album addresses in Colin’s delivery. For me it’s one of the greatest vocals he has ever done.

As you did your research into queer history, what did you find the most shocking, or interesting, thing to be?

There’s so many shocking elements to the history and evolution of gay rights and queer history to mention them all but the one that I found unbelievable was the offer to Alan Turing of imprisonment or chemical castration! The idea that authorities viewed either of those things as a justifiable and reasonable punishment for someone being caught committing an act of homosexuality. Also the hypocrisy that existed between titled men wanting to be married for the purposes of decency and social acceptance whilst regularly indulging in homosexual acts yet at the same time enforcing a law against it. I was watching The Soprano’s the other night and it was the episode where the character, Vito, has been ‘outed’ by a fellow gangster. The members of his crime family want him killed for bringing shame on their crew. Tony Soprano says homosexuality is only acceptable if you are serving a long term in jail because every man has his needs, yet in the outside world it’s not acceptable. Hypocrisy has historically played a huge role in how and when it’s OK to be gay and the double standard is disgusting. Hugh Grant played the role of Jeremy Thorpe in the film A Very English Scandal and it perfectly demonstrates men of power in that period were happy to indulge in acts of homosexuality yet refused to be proactive in the abolition of the rights that made it illegal.

The novella touches on quite a few LGBTQ+ rights issues over the past 50 years: decriminalisation in England, Stonewall riots, the AIDs crisis in America, is there any part that you wish you could’ve spent more time on?

Absolutely. I read up on every area in quite a bit of detail and tried my hardest to get it as factually correct as possible but I’m not an author by profession so had to keep my focus on the storyline and not deviate off the central plot. It was never my intention for it to be any more than a novella and I think to have gone into detail on all of the issues you mentioned would have made it a much longer read. I think it would have become a different type of book. I think there are people far better qualified than me to represent those historical events.

Why was it important that the novella didn’t end with the normal fairytale, happy ending?

Because that’s not how life works. I wanted to show the reader that being a victim of prejudice rarely ends well. Whether it’s a sexual, religious or colour prejudice it always seems to be something people can rarely escape. I don’t believe we are anywhere near the end of the equality issue in LGBTQ+ rights, although the legislative change this week in the US is another huge step forward. A happy ending for me would have given the impression that all is well in the world, that the battle for the LGBTQ+ community has been won as our character heads off into the sunset. I wanted to demonstrate that as one door opens another one closes.

How important do you think it is for more straight artists to be drawing attention to LGBTQ+ issues or being openly supportive of their LGBTQ+ fanbase?

It’s incredibly important, and yet fundamentally a personal choice. I am proud we did it, despite alienating elements of people who liked our first album but didn’t want to listen to us as a band openly waving a flag for the LGBTQ+ community and that sits perfectly with Colin and I. Album sales aren’t more important than allowing prejudice to exist. We think being in The Screens is about playing for people who we would choose as friends outside of the band. We certainly, and genuinely, don’t want a hundred thousand homophobic, Islamophobic, racists saying they love our music. Subconsciously by making statements in your lyrics allows to tailor the type of audience you want. In terms of straight artists making a stand I think it’s admirable and for every single one who does I think we should celebrate that. I am surprised more artists don’t reference, at the very least, the rainbow or any symbol that shows allegiance on their artwork or merchandise, but perhaps record companies and/or managers worry it may affect sales. I hope not as that is what we accuse politicians of doing: putting prosperity before people’s welfare.

You can purchase the novella here, and more information on The Screens can be found here.