Susanne Bartsch interview: The Queen of NYC nightlife talks us through her four-decade long reign 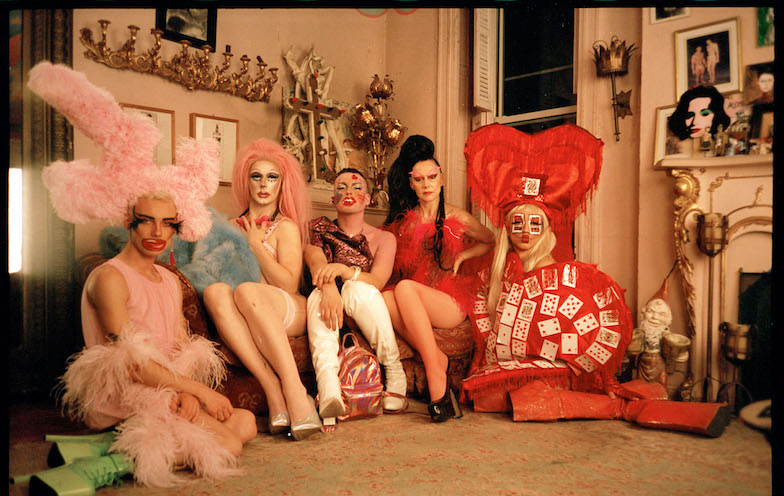 Susanne Bartsch is a tricky lady to pin down. After several email chains – always punctuated with at least five x’s at the end and trying to coordinate the New York to London timings – we manage to catch her in a brief break between appointments.

“Sorry I was late,” she exclaims down the phone in her signature Swiss-German accent. Listing off what’s been keeping her busy, she rails off her current projects that include exhibitions and nights across New York’s boroughs. “I’ve also been trying to go to the gym and keep that old bum in shape,” she laughs, “but that’s it for what’s been happening this week.”

If you don’t know her by name, you may know her by her title as the undisputed Queen of NYC nightlife. Originally growing up in Switzerland, Susanne moved to London when she was 17 under the pretence to learn English, before adopting what she describes as a “very looseygoosey life.” She worked in a hairdresser’s salon for a year – “It was the only job I ever had. I mean,
in Switzerland I cut Emmental cheese but that was to get a permit. The cheese department was not for me.” Heading off to do her ‘own thing’, she soon began to mix with the best of the rock and fashion worlds.

“It’s a bit of a blur,” she says of that time, “but when I look back on it, I feel so lucky. It was a real underground environment, and there’s no underground anymore due to the internet. It’s all so commerce, everything is on Instagram in seconds and shared all over the world. The underground is a dying environment and I’m really glad I experienced that in the good days.” Hanging out with the punks and New Romantics, this was where Susanne found her stride. Having grown up in conservative Switzerland, she found the ability to be her true self in London.

“I remember feeling that it was an affirmation of marching to your own beat, to your own drum, which I was always about from day one,” she explains to us. “I never wanted to be part of what one’s supposed to be, I always wanted to create my own world.”

Bringing this same mentality across the pond, Susanne moved to New York in 1981 after a boyfriend convinced her to come and visit for Valentine’s Day, and she never left. In fact, she still lives in that very apartment she visited in the iconic Chelsea Hotel to this day. “The scene was very conservative too in a way. I mean, there was the Ramones and RuPaul and stuff, but on the
whole it was very conservative. I will never forget, I went to the Met for the David Hockney Opera opening and I was head to toe in 40s jewellery and I wore a satin emerald green chemise with a hood – very New Romantic and androgynous – and people went nuts.” She laughs: “I missed the constant evolving looks from that time [in London] – every week we had a new look – and my boyfriend said ‘Why not import what you miss?’ so I decided to do it.”

Finding a shop in Soho, Susanne asked the English designers she loved whether they would be willing to be a part of her vision and they all fell in love with the concept of bringing English fashion to New York. Not the only ones to fall for the idea, before the shop even opened the New York Times ran a story on it. However, Susanne still had some worries about getting lost in the shuffle herself and so decided to throw a fashion show in 1983 called New London in New York. “It was chaos, an absolute madhouse.” She laughs. “The sound didn’t even work in the back, but that’s what made it so successful because people were used to everything being so organised. I sat all the wrong buyers together and enemies with enemies and the competition was on top of each other. It was fantastic.” This idea is what led Susanne into finding her calling – setting up events. When Savage opened below the Chelsea Hotel, she immediately wanted to put on a night, however the lack of liquor license put her off. Flash forward a year later to 1987, she left her job at the store and the day after she got a call from Susanne’s owner saying they had a liquor license. “There was a line around the block,” she remembers of her first event. “1000 people came. It was magic, I couldn’t believe it. I loved uniting people and showing them something and giving them entertainment. Uniting uptown, Downtown, gay, straight, poor, rich, black, white. You name it, I did it – still doing it.”

Becoming the go-to woman for putting on the best nights in NYC, Susanne set up nights in various prominent New York nightclubs, including her famous night at the Copacabana. Intent on bringing people together, her nights . were acclaimed for celebrating queer culture.

“Any culture that’s outside, they have more challenges and it’s harder than when you’re on the inside or the norm. I like to celebrate people. I don’t see colour, I don’t see race, I don’t see gender – I see people. People are people, whatever they are, their orientation, their gender, their colour. They’re just a person, a human being. That’s what drew me to the uniting factor, and I love the creativity and fun of queer culture. To me, everything that’s really crazy and fun is from the gays. I’m hetero – I’m available by the way, so I shouldn’t really be talking down to the heteros – but I hate hetero clubs, I don’t
like going to them. I like a mix. The gays have more fun, y’know what I mean?” she laughs. “I love the queer culture, the creativity, you never know what they’re going to show up in. With a businessman, you know he’s going to be in a suit and a tie. With a creative queer, it could be anything. It could be a pink tutu. I just like the adventure, I guess I’m a fag hag…”

Mixing with queer circles in the 80s, Susanne had tragic firsthand encounters with the AIDS epidemic that swept through the community in that time. Describing the first time seeing her friend German performance artist Klaus Nomi in hospital suffering with the virus, it’s clear that that experience still affects her.

“We had to go in there with masks and it was so scary,” she recalls. “We didn’t know what the hell it wasand it was devastating. Half of my address book was crossed out by the mid-80s. I was just so devastated. I was so sad and depressed watching so many talented people die. It’s awful this fucking thing, and out of sadness and depression came this idea of ‘What can I do?’”

Around this time, Susanne was going to House Balls and returning from one she remembers coming home, upset because she’d just heard of another friend who had died, and a lightbulb moment happened. Deciding to create The Love Ball, Susanne approached corporations to be a house for the night and created a show, ultimately raising over $2.5 million for AIDS research. “It was amazing. All the money went directly to people,” she begins. “I went to every single organisation because I was like, ‘I’ve
worked like a mother fucker for a year, blood sweat and tears, everyone around me worked for free, no one got a dime, I’m not gonna give this money not knowing where it’s going’.”

Her work supporting the LGBTQ community and championing those often seen as outsiders has led many to hail Susanne as a role model, and she still continues to put on nights focused on unity and celebration to this day. “People inspire me and in turn I want to inspire them,” she says of her role model status. “These people make me, and if they weren’t there it would be shit.
It’s really important, if I don’t have the people enjoying what I do and supporting what I do then I have nothing. I want to give them some hope that there are ways for us to be who we want to be and to not let fear run our lives. I don’t think I’m a role model, though. People say ‘Oh, you’re an icon’ and it’s nice. When people say they’re inspired by me, it’s moving because then you know what you’re doing is doing something. The fact that you can actually make a person feel better…” she pauses.

Susanne appears as a guest judge on the latest episode of RuPaul’s Drag Race All Stars 4.