As hate campaigns against the longstanding LGBTQ+ charity continue to mount, GAY TIMES looks at why this smear campaign only benefits the anti-trans tirade. 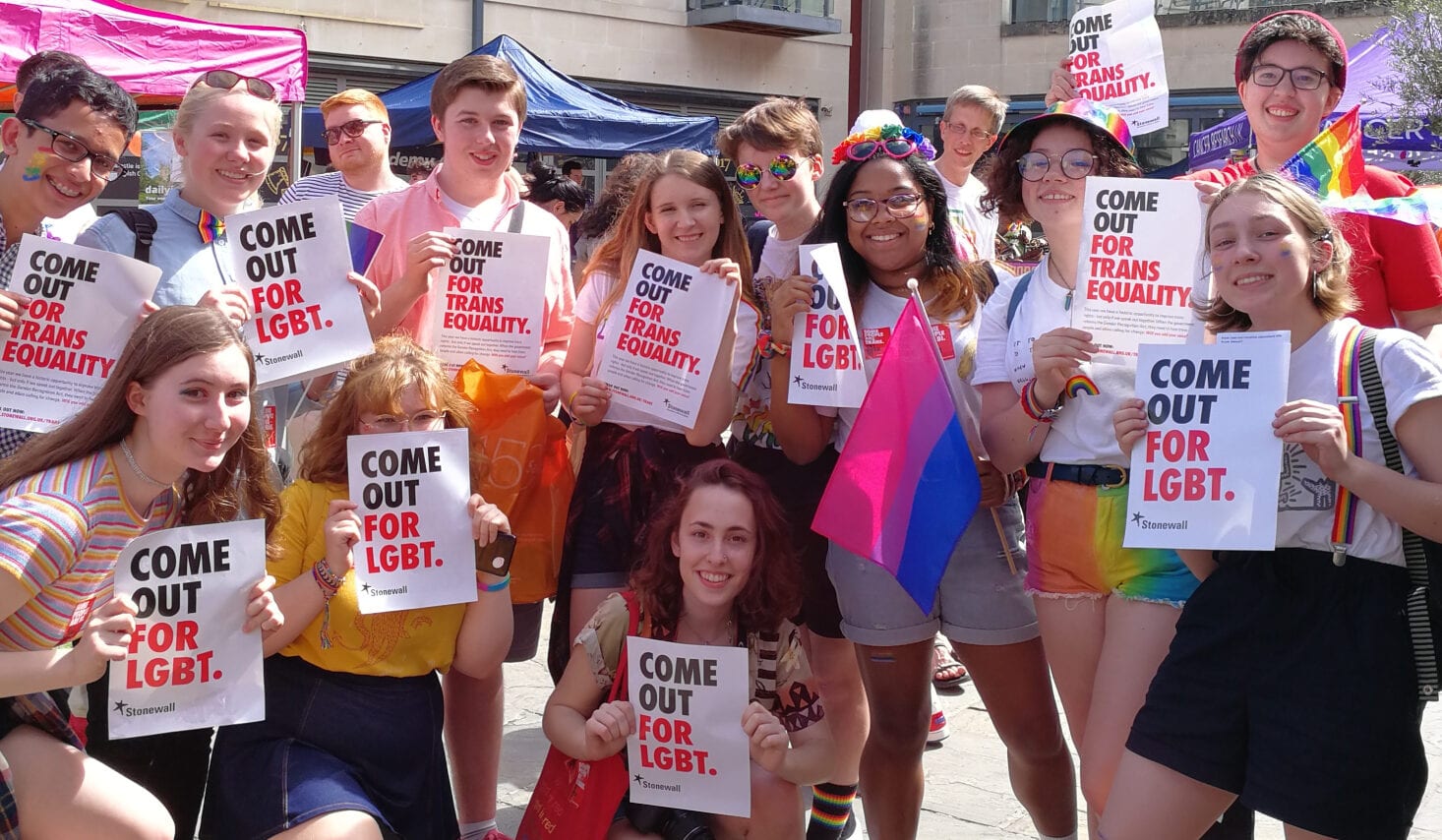 It was 2015 when Stonewall announced it would begin campaigning for trans inclusivity. The move was unsurprising, particularly if you consider where the UK’s largest LGBTQ+ charity got its name. Founded in May 1989, the organisation has been instrumental in spearheading initiatives to support the community. From its call to raise awareness of anti-LGBTQ+ hate crimes in the Western Balkans and Turkey to its coalition to ban conversion therapy in the UK, the charity has stretched its efforts to be as globally inclusive as possible.

Stonewall has also been key in establishing resources such as its Diversity Scheme and Equality Index. Over 800 organisations, including notably public bodies, currently adhere to their diversity policies. While attention has been tacked onto the charity for prominent names withdrawing from its scheme, it would be amiss to overlook the significance the Index plays in holding employers to account and ensuring LGBTQ+ protections in the workplace. Without Stonewall’s scoring system – one that measures how well a company has performed in fair employment practices – it would be significantly harder for LGBTQ+ employees and allies to navigate which companies are upholding their side of equality.

The current conversation around Stonewall has quickly escalated from one about trans rights to a relentless effort to mar the charity. It would be naive to paint Stonewall as an unflawed organisation — at times its radicalism has felt short-sighted. However, the need for change has been noted and recognised. In 2015, Stonewall announced it would become more inclusive in its campaigning for trans rights. Ruth Hunt, chief executive of Stonewall at the time, apologised for their “mistakes” and shortcomings when it came to advocating on behalf of the trans community. Since then, things have been on the up, but this has not smoothed out its path as an unquestioned support system of the community.

Stonewall stands for lesbian, gay, bi, trans, and queer people everywhere and we want to see a world where LGBTQ+ people are no longer held back because of who they are.

In May 2021, Stonewall co-founder, Matthew Parris – who no longer works with the organisation – publicly spoke out against the inclusion of trans people in Stonewall’s campaign work. It was a reminder of how trans rights had somehow been parlayed into a divisive high stakes “agenda”, one Parris called “an extremist stance” being upheld by Stonewall, rather than a rightful move to include a long-standing marginalised sector of the community. While many activists and organisations praised Stonewall for its move towards inclusivity, the charity continued to be absorbed in a debate that would question its position on trans policy. As organisations felt an unease around its pro-trans stance, the situation was amplified by Equalities Minister, Liz Truss, who publicly called for government bodies to withdraw from Stonewall’s Diversity Scheme.

Sasha Misra, Associate Director of Communications and Campaigns at Stonewall exclusively told GAY TIMES: “Stonewall stands for lesbian, gay, bi, trans, and queer people everywhere and we want to see a world where LGBTQ+ people are no longer held back because of who they are. With rising reports of hate crime, inequalities across our healthcare system, and delays to the ban on so-called ‘conversion therapies’, which seek to cure us out of existence, we can’t, and won’t, stop fighting for our communities. We’re incredibly proud of the work we do to support LGBTQ+ people to thrive, and we won’t stop until all LGBTQ+ people can be ourselves, wherever we are.”

In the last few weeks, media outlets and organisations have been paying greater focus to those associating with Stonewall’s Equality Index and Diversity Scheme. A recent 10-part investigative podcast by BBC journalist Stephen Nolan has stirred up speculation about Stonewall’s practices, particularly after rumours the BBC may depart from Stonewall’s progressive workplace frameworks. Following the investigation, the British broadcaster stated they have “their own values and editorial standards”. Robbie de Santos, director of communications and campaigns at Stonewall, told Vice how Stonewall seeks to build a collaborative partnership with the organisations that choose to work with them and, in no way, seek to impact “their impartiality”.

Moreover, Nolan’s podcast brands Stonewall as “the experts”, unfairly perpetuating an idea that LGBTQ+ inclusivity (and the charity’s years of work) has become a monopolised political token in the workplace and advising organisations. While it’s unclear why some organisations are opting to leave Stonewall, it likely leads back to an environment of unease. Big names have become skittish when it comes to trans inclusivity, leading to several stepping away from the charity’s pro-trans policies. The onslaught of criticism Stonewall has been recently facing, due to the BBC investigation, has been unfairly held over the charity, despite its history of successfully advocating for LGBTQ+ causes for more than 30 years.

As Stonewall’s reputation is continually scrutinised, it pays as a reminder of how the LGB Alliance has been pitted against Stonewall as an emerging alternative. Although technically recognised as a charity, the Alliance actively looks to divide the LGBTQ+ community by sex and gender and, in turn, is isolating trans people from the larger queer community.  The “charity” itself validates dangerous anti-trans and TERF (trans-exclusionary radical feminist) ideologies. This is important and extremely dangerous as we are entering into a new phase of politics.

As the next General Election looms – it is expected to take place in 2024 – the Conservative Party’s new strategy to appeal to the LGBTQ+ community (well, the LGB Community) is of interest. Sources have suggested Boris Johnson may call for an early snap election, which would require the Party to rebuild public confidence with the queer community, as well as the general population. If a snap election were to come into play, it justifies the Conservatives’ lean toward the LGB Alliance as they rush to fuel a culture war between the factions of the LGBTQ+ community. Through this underhand ‘divide and conquer strategy, the party in power is able to direct public focus on community infighting, which diverts attention away from the productive change the wider community actively calls for. In short, it’s a foul destabilising tactic that sweeps the ‘issue’ of addressing the LGBTQ+ community under the carpet.

Earlier this year, the Conservative Party hosted the controversial charity at their annual party conference in Manchester.  Ironically, the Conservative’s own LGBT+ group was placed in section 28 in the hall, a location which seemed to allude to Thatcher’s harsh anti-LGBTQ+ laws. The event also saw the Conservatives include an LGB Alliance stand, paid for by the anti-trans charity, at the exhibition center. More recently, Prime Minister Boris Johnson allegedly sent a letter to the LGB Alliance congratulating it on its “incredible hard work”. With political conservative powers pitting against Stonewall and, instead, endorsing the LGB Alliance, it signals bleak times for inclusive LGBTQ+ measures that will protect all people within the community. Between the BBC’s relationship with the Conservative Party and the ongoing endorsement of the LGB Alliance by the Tories, we must question where the loaded criticism towards Stonewall has stemmed from. This, of course, doesn’t mean we shouldn’t hold systems and organisations in the LGBTQ+ community to account, but the frequent anti-trans criticism towards Stonewall has pushed past advocacy for greater inclusivity and instead become an open attack on its reputation.

The attacks on Stonewall remind us that our rights are fragile.

The LGBTQ+ charity has also been offered support from its co-founder Lord Michael Cashman as well as the co-leader of the Scottish Green Party Patrick Harvie, Labour deputy leader Angela Rayner, Labour MP Zarah Sultana, and LGBTQ+ activist Philip Baldwin. “The criticism directed at Stonewall shocks me and is often sinister in tone. Stonewall and LGBTQ+ rights have been synonymous since the charity was founded in 1989. Stonewall is integral to the LGBTQ+ rights movement and has changed the lives of millions of LGBTQ+ people, in the UK and beyond, for the better,” Baldwin told GAY TIMES.

“I am in my mid-thirties and attended school during the era of Section 28, which prohibited the discussion of LGBTQ+ issues in schools. For most of my twenties, it was possible to believe that the UK was set on a continuous upwards trajectory in terms of LGBTQ+ rights. The tide is turning,” he added. “The attacks on Stonewall remind us that our rights are fragile. It is more important than ever that LGBTQ+ people stand united with Stonewall so that Stonewall can continue to forcefully and effectively advocate for our rights.”

As Stonewall pushes through this difficult time, we must not forget the fundamental positive impact the charity has had in lobbying on sex and gender issues. The influence Stonewall has had is unquestionable and they do not forgo criticism like the rest. If anything, Nolan’s podcast stands as a reminder that we, as journalists and LGBTQ+ bodies, must keep our fellow organisations to account. But, this principle doesn’t warrant how we’ve seen Stonewall transformed into a convenient villain. The Tories have systematically neglected our community and forfeited any accountability over the UK public, but equally abandoned LGBTQ+ people. For years the Conservative government has let us down. From the cancellation of the LGBT Action Plan, disregarding the public petitions on the Gender Recognition Act, and ignoring our community-wide call to ban Conversion Therapy — they have been resolute in sidestepping our needs. Instead, we have been delivered tokenistic wins from Parliament buildings donning the Pride flag to printing Alan Turing on a banknote.

We must remember, the recent landscape of inclusivity and action on the side of the Government has been marginal. In 1984, Chris Smith became the first openly gay male British MP, while Maureen Colquhoun made history as the first openly out lesbian MP. Our cabinet has a long way to go (from LGBTQ+ and Black and Brown voices) before it is representative of our modern diverse UK public image. If anything, the US has led by example in repeatedly making history with their LGBTQ+ political firsts. As our political progress stunts, we do not turn away a charity whose job it is to offer advice on how to ensure protections for the LGBTQ+ community and public. This dynamic allows public bodies and organisations (such as the BBC) to maintain impartiality when it comes to their own regulations and editorial processes, and have an organisation rooting for our community interests. So, when the focus remains fixed on the tensions between the two rather than how political efforts are being motivated to undercut the standing of the charity, it all feels a little unsettling. Stonewall has frequently pledged to support the LGB and T in our community and that’s not something we should so easily neglect, especially when greater powers seek to fracture our community and our human rights. 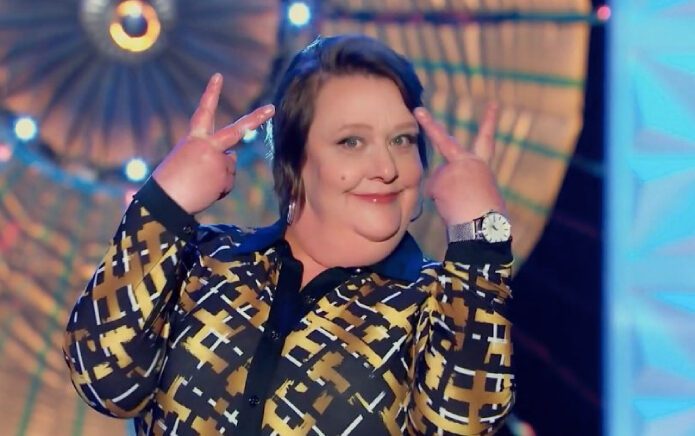 Kathy Burke made her Drag Race UK debut on the semi-final of season three and it’s safe to say that viewers were excited to see her. 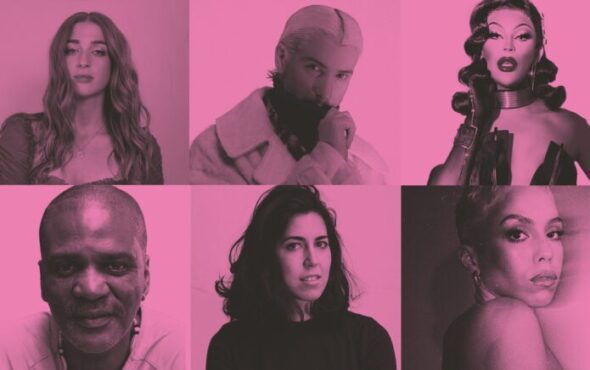 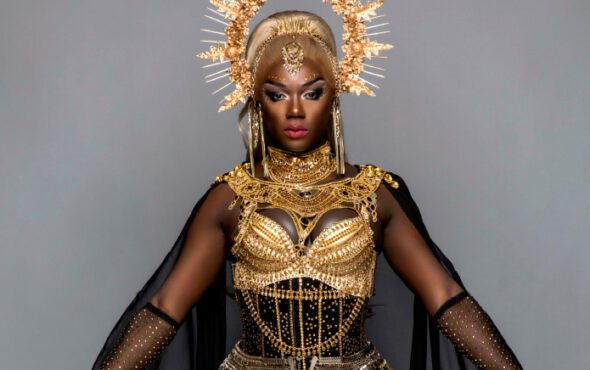 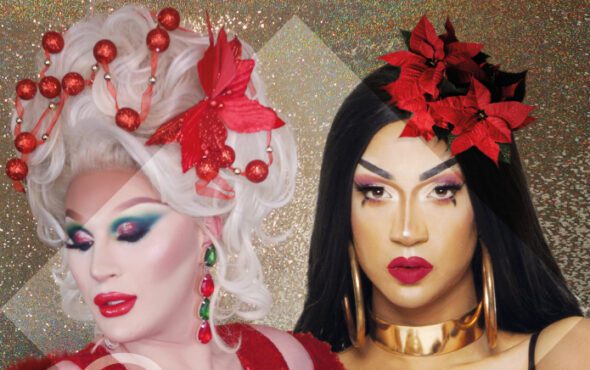