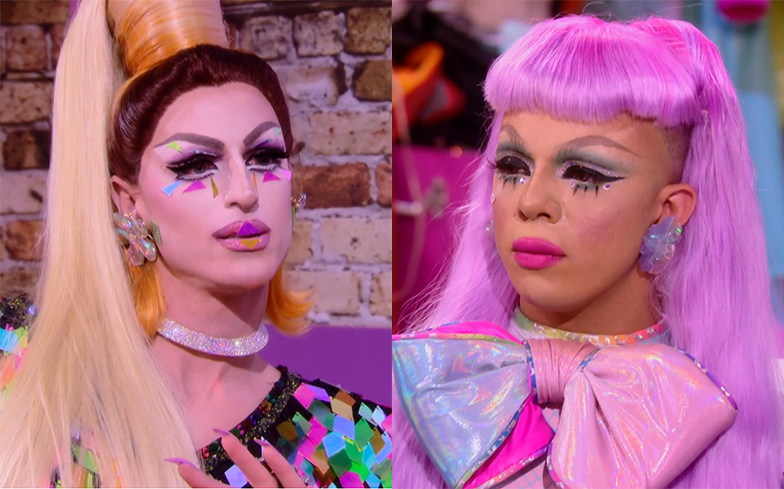 In an exclusive interview with Gay Times, Aja spills the T on the latest All Stars elimination…

Brooklyn queen and Harajuku-inspired babe, Aja, has split the T on the latest All Stars elimination in an exclusive interview with Gay Times.

The last episode – which saw the queens improvise in an unscripted dating show inspired by The Bachelor – concluded with an emotional lip-sync between Kennedy Davenport and BenDeLaCreme. Kennedy was deemed the winner of the lip-sync, and the name of the queen she revealed from her bra? Drum roll… Milk. Da-dah!

Kennedy’s decision to send home Milk was… unsurprising. At the start of the episode, Milk admitted he would’ve sent the dancing-diva home over last week’s eliminated star, Thorgy Thor, citing her drag aesthetic as his main reason. Obviously, this didn’t sit too well with Kennedy…

Upon his elimination, Milk wrote ‘I love you girls, but ya’ll know this is bogus’, which continued the trend of his holier-than-thou attitude fans have noticed these past few weeks.

Aja weighed in on the whole situation, and regarding Milk’s eviction, she said: “She cried so loud. I’ve never heard anyone cry that loud in my life. I feel bad for the hate she’s getting, because I don’t think she deserves it. She told Gay Times of the wrath she’s faced from Drag Race fans in the past, which is why she sent a message of support to Milk.

“I text her to say ‘Are you okay? Make sure you’re doing you.’ In season nine, I went through a lot of shit from the fans, and it was hard for me to handle. But I learned that these people don’t know you, they can’t judge you, and that’s that.”

The All Stars contestant also had something to say about the so-called edit certain queens are receiving this season.

“I don’t believe in the good edit, or the bad edit. A lot of people think there’s this formula, the good queen, the bad queen, the villain, the frontrunner, the obvious winner, but no,” she said. “We just interact, and the story can change from one second to another. Edit doesn’t come into it until after everything is recorded.

“Everything that’s playing out is a heavily condensed version, and everything did happen. You can’t create a story that didn’t happen.”