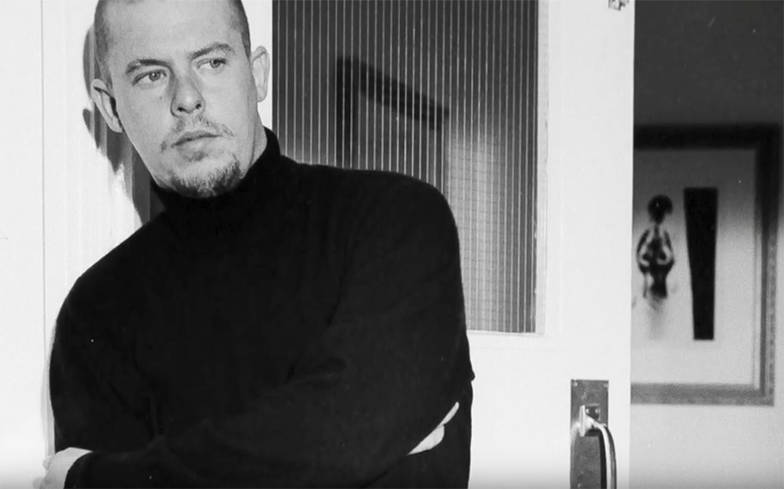 “I can’t wait to go,” says Alexander McQueen, known as Lee to everyone who wasn’t in fashion or working for the dole office (the reason he used Alexander – his middle name – was to avoid investigation).

It’s 2001 and we’re in Paris at the ridiculously expensive Georges V hotel down the road from the Givenchy atelier where McQueen was in the process of becoming the biggest name in fashion. It’s grim and drizzly outside and not much less grim in here, where the room has been… if not trashed then at least not that well looked after by Lee and George, his boyfriend, who have just got back from New York and littered it with bags and old trays of food and just general boy stuff. But when Lee says he can’t wait to go he’s not talking about leaving the hotel or Givenchy, which he did shortly after, or even Paris. He’s talking about committing suicide, which he finally did nine years later.

I probably should have been more nervous about interviewing McQueen. He was the most exciting name in fashion and the interview was for a piece in the biggest men’s magazine of the time, part of a series I was doing that included Lagerfeld, Dolce & Gabbana, Gaultier, Paul Smith, you name it. But McQueen was the big one. The thing was, I’d sort of known him for years, from before he was famous, when we’d hear about him being naughty and getting pissed and fighting with his then boyfriend, another mate.

Even now, one of the reasons for the grim atmosphere in this pricey hotel room is that he and George had had a barney. George is the closest thing you could have to a husband back in those pre-civil partnership days (he’d got ‘married’ on a yacht belonging to a Gambian prince with Kate Moss as ‘bridesmaid’), and the fight is the aftermath of Lee threatening to bottle some bloke who was coming on to George at a party. You don’t have to be a psychiatrist to see that this was a troubled spirit. You only have to look at the work with its themes of violence (one of his early shows was called Highland Rape) and death (the skull motif would become his signature).

I ask Lee if he ever thinks about death, even though I know what the answer is going to be. “All the time!” he goes. Doesn’t even have to ponder the question. “It’s got to be better than this. George feels the same. We’re fascinated that this is not the end picture. I’m not happy with this. This is nothingness. Yeah, there are beautiful sights in the world, but as for human beings… there are too many black souls out there to make this a happy place.”

The need ‘not to be here’ even informed his use of drink and drugs. “I’m not advocating taking drugs or anything…” he went, conscious of the fact that this chat was going to be out there in the public domain and probably picked up by the papers. “But you understand why you want to get on another plane when you’ve got all this shit to deal with. It’s like, Just get me out of this fucking hole and I don’t give a shit what it takes.”

And yet Lee had arguably never been in a better place. On signing the Givenchy deal, his money worries were over in a click of the fingers – “The same day I paid my aunt off my money for St. Martin’s and I went and bought a house in Islington. I bought it outright! And all this time I’ve been worrying about being homeless and freaking out about not being able to feed yourself and it was just like instantaneous.”

Related: Alexander McQueen would have been 47 today

The relationship with George, despite Lee’s obvious possessiveness, also seemed solid. “I love George and I believe in monogamy,” he told me, totally without embarrassment despite still being very much the working class lad from east London and never mind the invitations to meet the Queen (declined) and the superstar mates. He talked about how they liked nothing better than to walk their dogs and stay up late, “getting nutted” and talking.

“He’s too much of a good catch,” he said of George, who was sitting there buried in his tracksuit top. “Not just the way he looks but the way he thinks. It’s really rare to come across another gay guy that thinks the same as you. People don’t believe there are gay people out there who just want to settle down. And yeah, I do want to have a kid.”

When the news came on 11 February 2010 that Lee had died, apparently suicide, I couldn’t say I was surprised, not after our conversation. His mother had died recently and though many thought that was what pushed him over the edge, suicide is rarely as straightforward as that. I had an idea that being as kind as he was – he left a note apologising and pleading for someone to look after his dogs – he would never have put his mother through his suicide. As brutal as it was, maybe the timing at least was an act of kindness.