Rain Valdez on Victoria’s Secret’s transphobia: ‘It’s time for brands and media to catch up’ 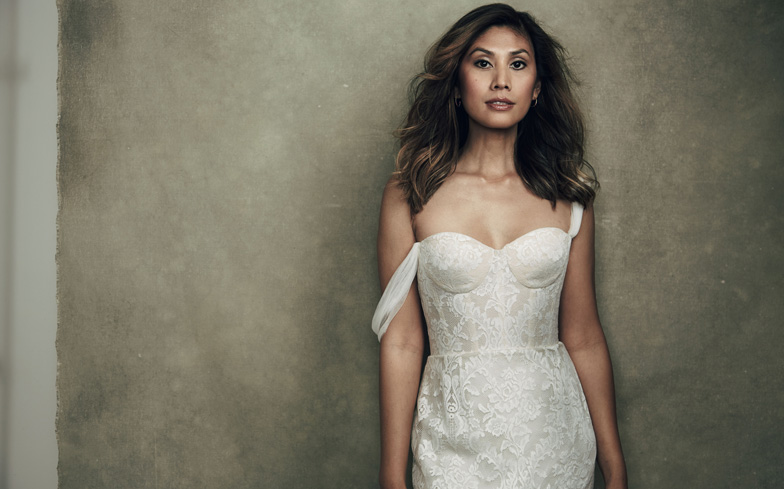 I grew up wanting to become an actress and model, and there were always the two types of angels I wanted to grow up to become; a Charlie’s Angel and a Victoria Secret Angel.

One was more about strength, kicking-ass and sisterhood, while looking good. The other about sex appeal, beauty and desirability, while almost naked. Both were dreams to aspire to and something that I occasionally fantasise that I was. Like your average consumer, I was a frequent shopper at Victoria Secret. I bought all the underwear that they sold for 5 for $20. Over the years it would go up to 5 for $30. But still I bought it, I had the coveted VS Angel Card. I also bought their perfumes, sexy lingerie and some of the men I dated also felt compelled to dress me in their fantasy and would buy things for me from Victoria Secret.

It’s no secret that Victoria Secret has been transphobic and discriminatory towards plus size women and transgender models because that’s actually been evident throughout decades of their existence. Proven time and time again through their advertising from the lack of the diversity and sizes on the pages of their catalog, and their predominantly white, skinny, European models in the commercials and runway shows – so it’s not like we’re surprised. But for a 70 year old man to come right out and say that transexuals and plus size women will never be cast on the annual iconic Victoria Secret runway show because what they sell is a fantasy, suggesting that we can’t sell fantasy  — pretty much destroys “the fantasy” for millions of women around the world. Congratulations, Ed Razek! You’ve just destroyed every young girl’s fantasy for themselves.

What was the point of that really? Besides confirming our suspicions and putting your brand on the list of archaic, un-evolved and out of touch businesses to avoid. What is the matter with a young trans girl or a young plus size darling dreaming and fantasising about their bodies being desired or loved? In fact, you could have benefitted from it. But too late, we’ll see to it that that doesn’t happen. Suggesting that trans women are less to be desired perpetuates the idea that trans women don’t get to be loved. And continues to shape a culture that vilifies, ostracise and murders trans women. So I must speak out on this issue because my artistic message as an actor and filmmaker has always been to shift this narrative and prove to the world that not only do we deserve to be loved but that we actually do have love in our lives. And it’s time for brands and media to catch up.

Thankfully, there are better and woke AF brands like Chromat and Marco Marco that celebrates and showcases all body types and genders on their runway. Thankfully, there are gorgeous, hardworking desirable trans models and plus size models to aspire to be. And believe me, they know how to sell fantasy.

If you are a young aspiring model or just want to see proof that you can literally be anything you ever dreamed of. Have a look at the careers of Geena Rocero, Lea T, Leyna Bloom, Trace Lysette, Carmen Carrera, Isis King, Tracy Africa, Munroe Bergdorf, Andrea Pejic, Gisele Alicea, Gigi Gorgeous, Valentina Sampaio, Laverne Cox, Candis Cayne and Rain Dove. Trust that there are many many more that I can’t think of right now or aren’t even publicly out yet. And the truth is – we don’t need Victoria Secret’s inclusion to validate our desirability. But we do need to hold them accountable for their public discrimination, prejudice and misogyny that leads to violence and deaths towards trans women and non-binary folks.

We are a targeted community and already have so much to fight. And in all honesty, trans women and plus size women are more than a fantasy. We are the vision of the future and some of the funniest and sexiest women I know. So I call upon the brands that stand with us and celebrates all body types, genders and ethnic backgrounds to use their power and platform to give us the fantasy that we deserve.