Queer Narratives Beirut: The fight for LGBTQ acceptance in the Middle East 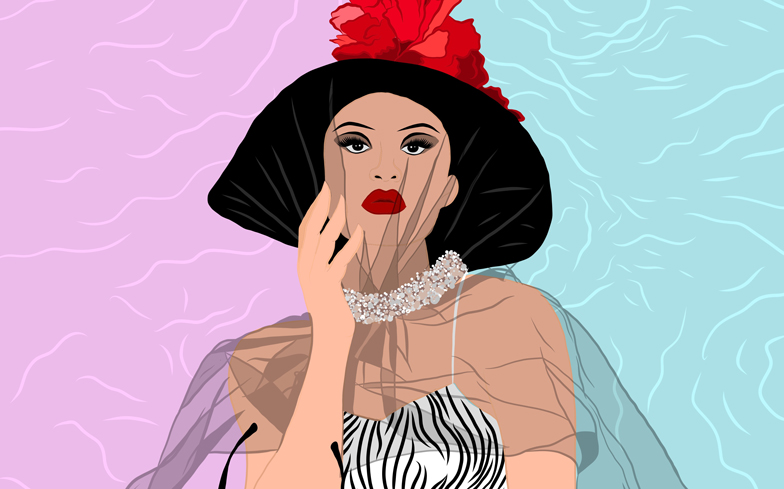 Beirut was once described to me as a ‘wolf in sheep’s clothing’. On first view, while the cityscape contrasts the crumbling ruins of its former life and contemporary massive overdevelopment, I found the social side of life extraordinary.

It’s home to a remarkably talented community of multilingual, highly educated and proactive creatives, with food and a nightlife to match, and lectures, exhibitions and screenings on most nights of the week. With the hospitality of Arab culture and such a small, crowded city, making friends and forming professional networks is remarkably easy. This side of life however is open only to those who can afford it, and on the flip side the Syrian refugee crisis paired with governmental financial corruption means that there is very little infrastructure and enormous poverty, with an estimated one in three of the population holding refugee status, and vast unemployment inhibiting even the most qualified. For all its advantages, it is an extremely difficult, unpredictable, polluted, fractured and noisy city – everything, good or bad, is to the extreme.

I had first visited the city in May 2016 for Dar El Nimer’s exhibition At The Seams: A Political History of Palestinian Embroidery. My broader academic interests are in visual cultures, gender, sexuality and identity in the MENA region, and during my visit I had met a large number of highly skilled artists, academics and activists who motivated me to spend more time in a city that appeared to hold a great deal of potential. I returned in late December 2017 for a six month stay, funded by CHASE Consortium’s Professional Development program. My work in Beirut was split into several projects; curating film screenings at Beirut Art Center, building partnerships for an education non-profit that I am currently developing, and most significantly, initiating and producing Queer Narratives Beirut podcast. The latter project was conceived of during my first visit to the city when I met an electro-musician, Rakans, at an exhibition opening in Gemmayze. Rakans is a queer performer who takes on multiple personas in his act, and was the first of many people I came to meet who are challenging gender and sexual norms in Beirut despite the threat of arrest under ‘immorality’ laws. Since this meeting, I had been looking for an opportunity to create a collaborative media project exploring representations of gender and sexuality in a city where queer visibility is more common than the rest of the region.

Related: The Heel of Marsha: A poem by Travis Alabanza

While Article 534 rendering homosexuality illegal is highly contested, prior to my visit there had not been mass arrests for some years. For transgender people the law differs greatly; gender reassignment surgery is legal, and since 2016 it has been legal for people to change their gender on their ID post-surgery. Those identifiable as transgender however suffer from significant social persecution, and transgender people from all walks of life are frequently arrested on prostitution charges irrespective of whether they are sex workers. Women’s rights are more complex and also significantly lacking, with women being unable to pass nationality to their children, and the multitude of religious courts dictating the rights of individuals based on religious heritage. The LGBTQ community in Beirut had changed dramatically in between my first and second visit to the city. The first Beirut Pride festival occurred in May 2017, formerly underground drag shows were now openly advertised on Facebook, and individuals were openly discussing LGBTQ rights with international media like never before. Beyond the mainstream media coverage however, I wanted to address prevalent issues of orientalism, sensationalisation and objectification in respect to coverage of gender and sexuality in the Middle East. To break from this, I chose to use podcasting as a medium that can avoid objectification and allow for anonymity, to work on a word-of-mouth basis when recruiting interviewees, to work with multiple interviewers, and to work with each person to decide on how they told their story. The resulting series, Queer Narratives Beirut, comprises sixteen episodes recorded with activists, performers, academics, public figures and creatives who each discuss their work and the nuances of addressing gender and sexual difference in Lebanon.

My first recording was with Anya Kneez and Evita Kadavra, the drag queens at the forefront of the current boom in drag club nights. Covering issues from female body hair, to mentoring younger queens, to hiding their drag from their parents, they epitomised the meeting of political and social activism with creative cultures unique to the city. Among many, other interviewees included YouTube comedian Lary BS, transgender activist Norma, artist Izdihar Afouni and bodily rights activist Nour Nasr, each discussing their work, their experiences in the city, their experiences with the press, and the importance of being heard in the fight for understanding and equality. During the process of recording the series the second Beirut Pride week took place, and only three days in was shut down by the Lebanese authorities on immorality charges, with the initiator Hadi Damien arrested and forced to suspend all activities under threat of two years in jail. The emboldened community was deeply shaken, and personally it was horrifying to see newly emerging liberties being snatched away so swiftly. A special double-episode of the podcast speaks to Hadi Damien about how and why he set up Beirut Pride, followed by his account of his arrest and the forced suspension. Despite the setbacks, this experience was an extraordinary education in the resilience and bravery of a community fighting for basic rights. Lebanon’s lack of stability means that the future is unpredictable, but with a growing number of countries abolishing laws that inhibit bodily and sexual rights, and a local community who are increasingly galvanized, I do believe decriminalisation is a realistic possibility. The broader local and global task is to nurture social understanding and acceptance; this is why sharing stories such as those on the podcast is so essential. As Lebanon has such a visible LGBTQ community that – in my experience – it’s looked to by communities in neighbouring countries as an example of what is possible in the MENA region. It’s my hope to return in a year to make a second season, telling new stories and tracing changes in the interim time.

The community in Beirut are rapidly developing and an underdocumented part of the current global civil rights movement for gender and sexual equality, and they deserve to be heard.

This is an extraordinary group of individuals who refuse to be victimised, who risk their own safety to nurture an intersectional community, who work to educate their families and communities, and who fight for the rights of those who are unable to step into the spotlight themselves.

Queer Narratives Beirut is available at queernarrativesbeirut.com, SoundCloud and iTunes.