Oscar Wilde’s grandson: “So much has been invented and exaggerated” 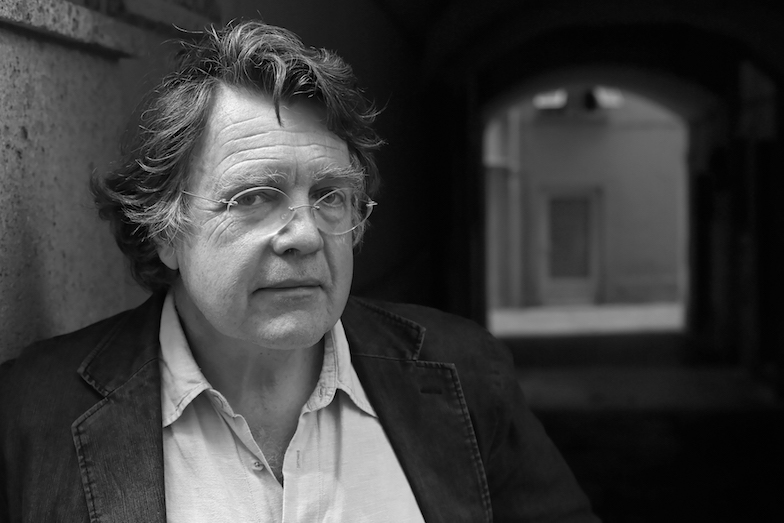 Image supplied by The Trials of Oscar Wilde

“That was back in the 1950s, at a time when homophobia was alive and well in England,” states Merlin Holland with a small sigh as he calls us direct from his home in France, shortly after confirming that he is indeed Oscar Wilde’s grandson – something he admits has always been somewhat normal to him.

With the first conversation with his father about his famous grandfather around aged eight or nine, Merlin – an author himself – explains that Oscar has “always been a part of the wallpaper” in his family growing up, and that conversations about him did happen – regardless of the possible negative public attention that came with one of the most famous openly queer men in history. Sadly his father’s connection to Oscar did also bring with it a wealth of baggage and public attention for him as well.

Related: Introducing Jeremy O. Harris: One of the most important writers of our time

“I think Oscar Wilde was used as an example of where things could go badly wrong if you were that way sexually oriented,” Merlin tell us. “It’s difficult for us to believe this now but that’s what it was at the time. I mean, my father had financial problems in the 50s and instead of making page six of The Times or whatever it might have been, it was front page news on The Mirror: ‘Oscar Wilde’s younger son faces Carey Street’.”

With a widely successful career as an author in his own right today, much of Merlin’s life has been based around his grandfather. His writing has brought a new life to this age-old story in queer history. Something we guest is a polite homage to his late grandfather. McDermott & McGough, 5. The Stations of Reading Gaol (V. Oscar Wilde on the stand.), 1917, MMXVII Oil and gold leaf on linen 24 x 18 inches | Courtesy of the artists and Studio Voltaire, London

“It’s quite difficult to be proud of somebody you’ve never known, but I suppose in the last 25 to 30 years that I’ve been rummaging around inside his head, I’ve got to know him quite well,” he laughs. “I suppose if one can be proud of a dead relative, then I’d say ‘yes’, I was. It’s a very odd thing, pride, and I’m proud of what my father achieved in his life, and yes there is a sort of quiet sense of pride there.”

From March through June this year, Oscar Wilde’s life is to be brought to life by a new immersive theatrical experience that examines his now infamous time at The Old Bailey in 1895, titled The Trials of Oscar Wilde. An experience that will see a fresh look thanks to new transcripts that present an altered reality to what the history books have said before.

Related: Marguerite director Marianne Farley on the lack of LGBTQ representation in Hollywood

“The transcript of the trial appeared in The British Library, brought in by somebody back in 2000 when they were just about to put on an exhibition which I co-curated to commemorate the centenary of his death,” Merlin recalls. “It was one of the first big single person exhibitions that The British Library had as it was then. One day I was there with my co-curator and somebody came in with this transcript. He gave it to The British Library on a permanent loan where it still is today. Having looked through it and knowing the trial quite well, really back to front almost, I realised that this was probably two or three times as long as anything we had to date.” As discussion turns to why there’s any possible differences between what was reported and what we all know to be true thanks to these new transcriptions, Merlin highlights an example of the previously mentioned differences: “In the published transcript, up until this came into my hands, the word ‘sodomy’ is used. Nowhere, but nowhere, in the previous versions was it ever used, it was ‘unnatural practices’ considered ‘semi-obscene’.” And helping air the truth around Oscar Wilde remains a key player in Merlin’s involvement with The Trials of Oscar Wilde, so popular in fact it’s the second public outing for them.

“If there is truth to be told about my grandpa, however disquieting, unpleasant, whatever it may feel, I think it needs to be told, because so often, particularly in biographies, not the latest ones – I think people are much more cautious now – people have if not actually invented things, certainly exaggerated things in order to sell books. I keep saying, ‘let’s have the truth’. It doesn’t matter how distasteful or unpleasant or whatever it may be, whatever the truth is, let’s have it, because when it comes to Oscar Wilde, so much has been invented and exaggerated, with no other purpose.” Merlin pauses. “I suppose in a way I’m doing him a service by revealing things.” And as for the everlasting memory of Oscar Wilde that Merlin hopes people have? “There’s an intensely human side to him that is both moving, funny, touching, it’s surprising. The man who edits a woman’s journal and says to the editors, ‘I’ll do it so long as you change the name from The Lady’s World to The Woman’s World’, and the difference to being the ‘new woman’ as she was beginning to appear in the 1880s and 90s, but a person in her own right. He was, in a sense, a sort of feminist and he is championing the cause of women: ‘I want this to be a journal which tells the reader what women feel and what they think, not just what they wear’. He’s an intensely modern person, and I think people are only in the last 20/30 years realising that he wasn’t just somebody that was funny in the Victorian age. There’s an enormous modernity to him. So modern, human, full of faults, but quite endearing ones, and somebody who I think you could ‘love’ a writer in that sense.

“There’s not a lot of things I could say about an awful lot of writers, but people can say, ‘Oh, I love Oscar Wilde’.”

With thanks to The Oscar Wilde Temple for all imagery of Oscar Wilde.

More information on The Trials of Oscar Wilde can be found here.