Nadia Whittome MP talks to GAY TIMES about what made her become a politician and why LGBTQ+ people’s “shared struggle” needs to unite us in the face of “the government’s culture war”. 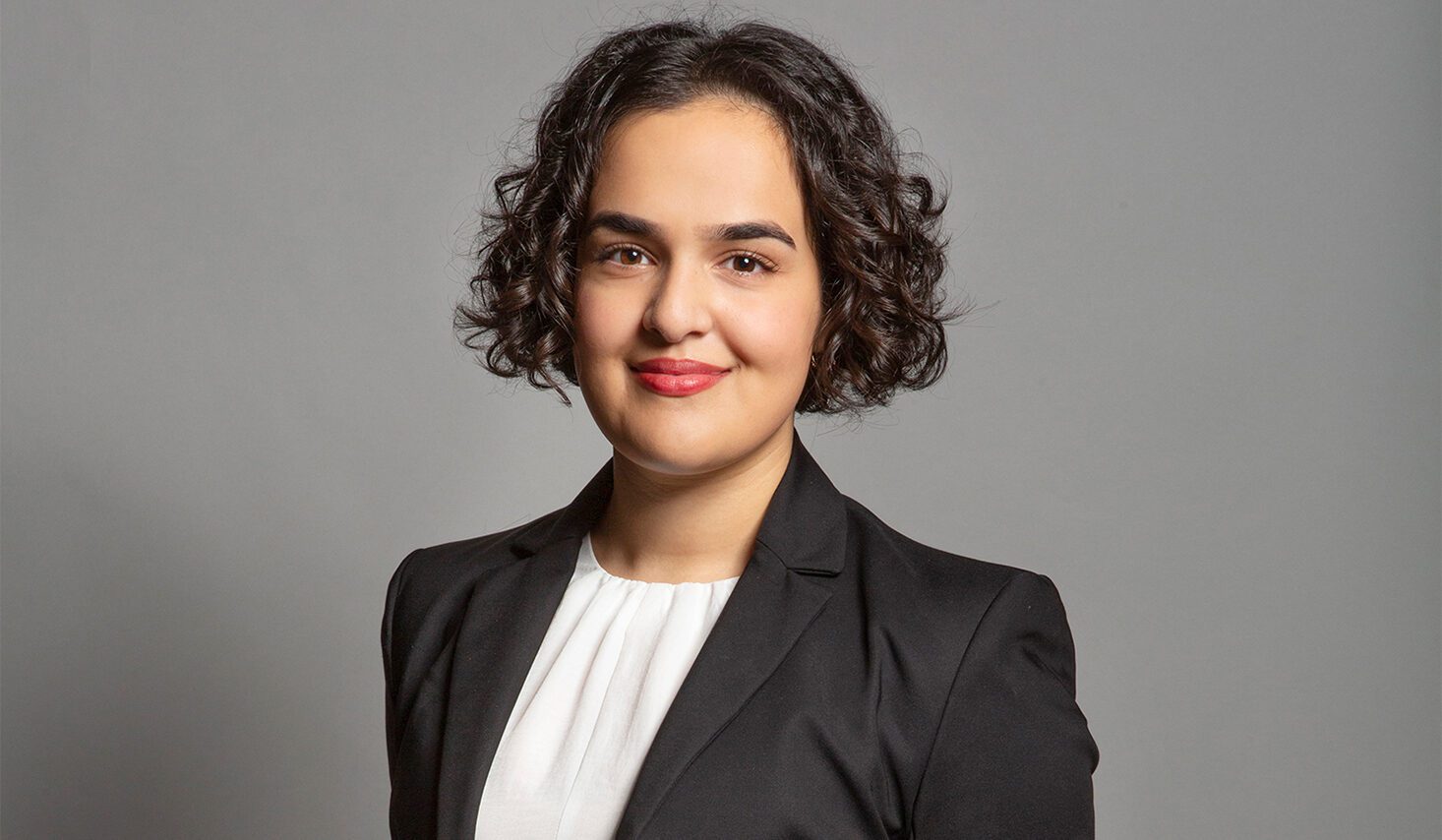 “I think that my queerness and queer politics isn’t separate from my socialism, it’s very intrinsic to it,” says Labour MP Nadia Whittome.

During 2019’s general election, she was elected to represent Nottingham East at the age of 23 – making her the ‘Baby of the House’ as the youngest MP in British parliament.

Now 25-years-old, she has consistently used her platform to advocate for an array of issues, including LGBTQ+ rights and equality in the UK.

“Sometimes I feel extremely angry,” she says of how the Conservative government treats LGBTQ+ issues. “And I let myself feel angry because I think it’s important to be angry about it and my constituents are angry, the people I represent are angry. Sometimes – but if I just let my anger consume me, then I wouldn’t be able to do my job.”

As a queer person of colour from a working class background, Nadia tells GAY TIMES that her identity has helped her have “a deeper understanding” of what a lot of minority groups experience.

“When you hold lots of different identities at once, like being a person of colour, being a woman, being queer, being from a migrant family, being from a working class background, all of those interact and you have, I think, a deeper understanding of the struggles that some people face,” she states.

“Even if they’re not things that I’ve personally experienced, I think the whole queer experience is one of solidarity.”

Nadia says that she “first got politically active” at the age of 16 as a result of the “cruel” bedroom tax being introduced by the Conservative government at the time – a policy which makes those in public housing with rooms deemed ‘spare’ obliged to fund it financially.

“I was just so sick of it,” she continues, explaining the impact she saw it having on the people she knew affected by it. “I was so sick of what the Tories were doing to our community, and the bedroom tax was like the tipping point for me, that felt so cruel that I couldn’t believe that was happening.

“And I think around the time of the 2010 election, my mum was worried about the Tories getting in and so it was around that time that I got politically engaged. I think before then, I’d always been kind of conscious.

“I knew that communities of colour, people of colour, working class people were marginalised by governments, though I didn’t have the ability to articulate that, but it was probably only when I was about 16 that I felt like I had any power and that was through organising in my community,” she adds.

Nine years later, Nadia is now in a position to push for the change she wants to see in the country.

Recently, she has campaigned for the government to implement a comprehensive ban on so-called ‘conversion therapy’ which, at the time of her talking to GAY TIMES on 28 March, was very much on its agenda.

"I think the whole queer experience is one of solidarity"

However, the week that followed the interview saw the government make U-turn after U-turn, resulting in it now planning to ban the use of the practice on gay people – but not transgender.

“I think it’s influenced by groups with big money and big lobbying power that don’t want to see this implemented,” she explains.

Nadia has previously accused the Tories of pushing an “anti-trans agenda”, which she believes its ‘conversion therapy’ policy is an extension of.

“And the other thing again, these are linked, but is the government’s culture war against trans people and I think both of those things are driven by the far right, the global far right, not necessarily just in this country,” she explains, “but there’s a lot of big money behind these groups like LGB Alliance, who, their purpose is to get to decision makers.”

Despite trans and non-binary people being estimated to make up just 1% of the UK’s population, their rights are often put at the forefront of the media and political discourse.

Recent ‘debates’ have seen topics like self-identification and using the spaces that align with someone’s gender identity thrust into the spotlight.

UPDATE: Boris Johnson has u-turned again after the strength of feeling and will ban conversion therapy for cisgender lesbian, gay and bisexual people but not trans people.

It’s still not good enough. LGB comes with the T, and the Tories are not on our side.

“The government has been dragging its heels,” Nadia explains of its failure to reform the Gender Recognition Act, which she believes has “become symbolic of the government’s failure.”

“But there are much deeper material issues like access to healthcare, like the fact that one in three employers openly admit that they wouldn’t hire a trans person, like the the higher rates of homelessness, of poverty, street harassment, workplace discrimination, bullying in schools,” she continues.

“But when we have a government that condones and accepts and tacitly, or even openly, endorses that kind of politics, this is the culture that it creates as well as obviously the decision to underfund those services.”

The emphasis of this apparent ‘culture war’ feels “very, very deliberate” to Nadia, who sees it as reminiscent of the government “scapegoating migrants, refugees and people of colour.”

She adds: “This is what they are relying on in order to push their agenda because it’s obvious that they only serve the interests of the very wealthy few.”

Liz Truss, the Foreign Secretary and Equalities Minister, recently made headlines for stating that the war in Ukraine should bring an end to “the ludicrous debates about languages, statues and pronouns.”

Nadia believes this has been “essentially fanning the flames of populist hate” and says this is something she has previously confronted Truss about.

“And it’s also just, it’s really insulting because the trans people I speak to aren’t bothered about toilets and pronouns, so much as they are bothered about having a decent standard of living and decent access to good quality healthcare,” Nadia explains to GAY TIMES. “They don’t want us to see that we have shared interests and a shared struggle because that unites us and they want to divide us.”

Attacks towards trans people are up 40% on last year.

I challenged Liz Truss today to stop fanning the flames of populist hate and publish the GRA consultation.

I'm pleased her response was positive and will be keeping a close eye on what action follows. pic.twitter.com/XTnFBHnWxP

Stonewall has also repeatedly made national headlines for its fight for trans equality and Diversity Champions programme, which gives employers training on inclusion to ensure all members of the community are accepted and respected in the workplace.

It highlighted the “serious damage” caused by “anti-trans rhetoric” in the UK and referenced the BBC’s “transphobic articles” which were the source of endless controversy towards the end of 2021.

Nadia comments on the way Stonewall is portrayed: “I think it’s a way of making Stonewall the boogeyman. Where they can’t say, ‘trans people are dictating’, they just insert ‘Stonewall’ instead as a proxy.”

"Where they can't say, ‘trans people are dictating’, they just insert ‘Stonewall’ instead as a proxy"

Starmer has criticised the government for “flip-flopping” on ‘conversion therapy’ and said it should be banned “in all its forms”.

"Conversion therapy in all its forms should be banned," says Keir Starmer

The Labour leader accuses the government of "flip-flopping" on the issue, adding "they need to stick to their promises"https://t.co/C8ouDMAW42 pic.twitter.com/UL5H7hdJXh

Looking forward, though, Nadia says that having “faith” in politicians will never be enough to drive change.

“Wins aren’t just handed to people, they’re fought for by movements, and we’ve got to build that movement that forces change in our country and in society.

“And I think that’s kind of similar to what I’d say about having faith in the Labour Party, that we should never have faith, because people and parties aren’t just going to give us things.” 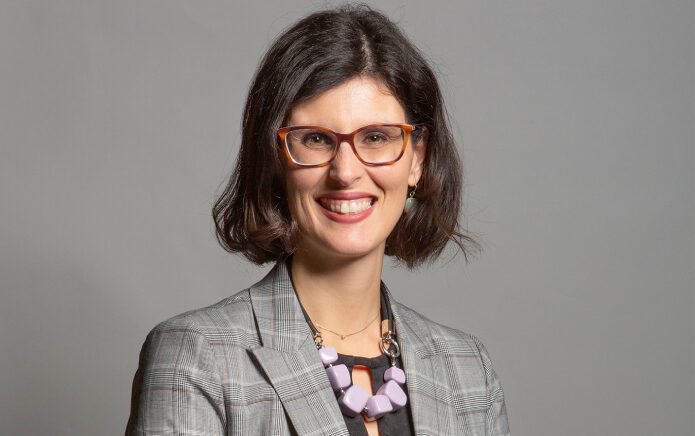 Layla Moran MP: “Anything less than a full ban on ‘conversion therapy’ is unacceptable”

In an article for GAY TIMES, Liberal Democrat MP Layla Moran calls on the UK government to ban 'conversion therapy' for all LGBTQ+ people. 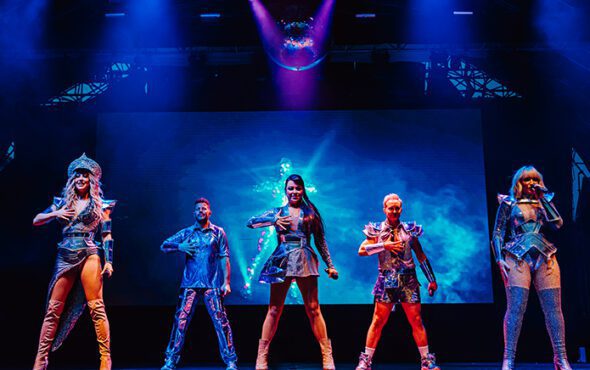 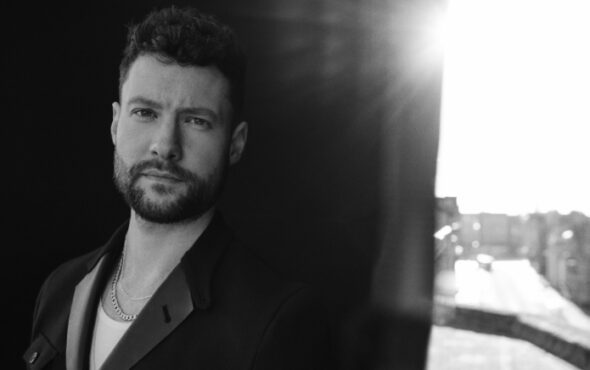