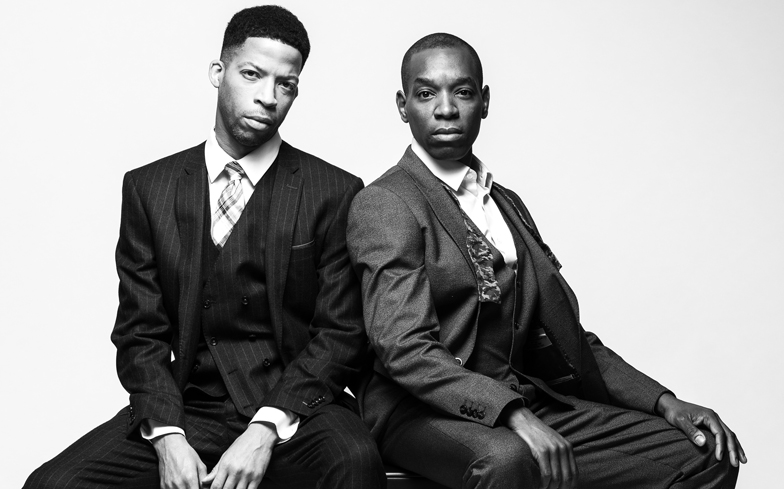 From Disney’s The Lion King to The Inheritance and the National Youth Theatre, the glittering West End is bursting with fierce QPOC killing it nightly in some of the finest theatre going. But is life such a joyous melody of equality for those taking their bow each night?

“I am an expression of the divine, just like a peach is, just like a fish is. I have a right to be this way. I can’t apologise for that, nor can I change it, nor do I want to. We will never have to be other than who we are in order to be successful. We realise that we are as ourselves unlimited and our experiences valid. It is for the rest of the world to recognise this, if they choose.”
Alice Walker, The Color Purple Alex Thomas-Smith.
Bat Out of Hell

On playing a leading questioning role in the West End…
He’s confused about his sexuality and his gender, and it’s important to have a role like this as young boys and girls are finding themselves. Playing someone they can relate to is humbling, and I wish I had this role when I went to the theatre.

The importance of representation for queer people of colour within mainstream arts…
Representation is so important because when I was growing up and going to the theatre, I’d look around and wonder ‘where’s the black one? That’s the part I can play’. That’s what you do. You wonder who you look like as that’s who you can portray. Thanks to new writing and casting directors being brave, we’re getting to play these leading roles and stand in the spotlight, opposed to being the sidekick, funny one or sassy one. The West End accurately representing queer people of colour…
If we’re talking about gay individuals playing characters, I think yes. I think the entertainment industry has always been forward thinking and leaders in how we positively support minorities. It’s a standard that sexuality and religion isn’t something we have an issue with. If you’re the one for the job, you’re the one for the job. If we’re talking about gay characters on the West End, absolutely not. The only one we have is Lola in Kinky Boots, but other than that, there’s not many other stories being told. I think there’s a long way to go. We’re in a position to open that conversation now.

The importance of UK Black History Month…
To be involved in something that’s celebrating blackness and gayness – something that I still think the black community has an issue with, there’s still this stigma – it goes to alleviate some of that as a young, gay black teen out there. Hopefully they’ll see the magazine and go, ‘No, that’s okay’. There are other people living full, fulfilled happy lives as gay black men, living their best life. Doing it with class and having a wonderful time – and that’s okay. To be part of that is amazing as that’s something I didn’t have growing up. I had to figure it out myself. The moment we don’t have to have young gay boys, girls, whatever figuring it out on their own, that’s when we’ve done what we need to do. Where the journey towards equal representation is at currently…
I think we’ve come far in our industry. It’s one of those places where LGBTQ people can be themselves and don’t have to remain closeted. We have that joy to be ourselves and we find the community and home and ways of expression. As far as the world is and society, of course there’s a place to go and a place on stage. I don’t see as many gay characters as I’d like to see. And also, men aside, it’s a man’s world so straight men and gay men in this industry do very well thank you very much. It’s not a case of it’s a hardship and we have to fight. They are very strongly represented across the board, not just on stage but in producing, in casting, in directing. Their mantle is strong. For me, it’s a female thing; a woman’s thing whether you be black, white, gay, disabled. I think we’ve got a way to go and I’d like to see more of that out in the mainstream and on stage.

On experiencing discrimination or homophobia in the industry…
I’ve been lucky and it’s not something I’ve come across. It’s been more in my personal life when I first came out – family I lost or friends who couldn’t see me being who I was. In the industry, that’s not something I’ve really faced… thank God! I’ve never been turned down because I’m gay for a role. I’d like to play a few more gay roles and not just Mama Morton. The West End accurately representing queer people of colour…
Isabel: ​Until there’s less stigma around being queer, we won’t know how many queer people there are in British theatre, and until considerations like that don’t hold you back in the industry. I’ve been encouraged in recent years, and since coming into the industry, by the new stories that are being told. We have a long way to go in terms of the specific intersection between race and sexuality, but we’re moving in the right direction, I believe.
Oseloka: ​While there are strides being made to represent people, a lot of the representations of queer black people in theatre are not nuanced enough.
Isabel: ​And looking to the gatekeepers. While the same people are over and over again being put in positions of power, we’re going to keep seeing the same stories and decisions being made. It’s important to get an as diverse industry and there is an audience… or potential audience. Even the audiences don’t really reflect at the moment. And getting rid of defaults. So often directors picture their leads as white or straight or whatever. That’s just ‘the norm’, but if we can move away from those things, it doesn’t have to be main driving factor they’re gay or a person of colour, it can be an element of their identity which is exactly what it’s like! On the intersection of being queer and black helping them navigate the world of theatre…
Syrus: ​I feel like it’s the same as navigating the world. I think there’s a perception of a gay black man and you’re constantly fighting stereotypes, and it’s your responsibility as an artist and human to try and challenge that by creating something new. Or, creating something that’s going against the stereotype. Someone who came to see our show said they were so happy to see a black character as a doctor and another as a lawyer. That made them happy as it wasn’t a negative stereotype. You’ve got to keep asking questions and challenge things. If you don’t think something is being represented in the right way, say it. Have a voice.
Michael: ​And realise there’s more than one representation. Stereotypes, more times than not, are based on some truth, but that doesn’t mean that’s all there is. A black gay man, someone might picture RuPaul in drag, not out. There’s varying degrees of who black people are, and who they are as gay men and women.

A message to young LGBTQ teens of colour wanting to move into the arts…
Syrus: ​It’s a really exciting time to create at the moment. There are so many platforms available. You can make a film on your iPhone and you’ve got YouTube… go out there and start it. Start it.
Michael: ​It’s a very DIY generation. Again, you get to a point where you just have to do this yourself, and that’s what you have to do. That’s what I see; people coming up with their own stuff. I have friends who are writing more, creating theatre groups and finding ways to get their voices heard. Amongst actors of colour – and not just gay or straight, but actors of colour – in this country especially… we need to see more. We’re not as surprised to see a black person or Asian in a BBC drama. It’s not a one-off, it’s the norm. We should be at that point now; it’s 2018. There’s no reason why we aren’t there yet. The West End accurately representing queer people of colour…
Lamoi: ​I would say yes, and I just moved here from the Caribbean. Seeing that here is so inspiring because that doesn’t exist in the Caribbean at all. I’ve just seen Kinky Boots and Everybody’s Talking About Jamie. It’s cool to see gay people, and then Kinky Boots having a coloured lead is inspiring for me being a black, gay male dancer.
Matthieu: ​There’s still a lot more work to do, but we’re definitely on the right track. With Kinky Boots, Jamie, musicals have friends in Motown and Dreamgirls, they’re there and represented fairly.
Etian: ​It’s exciting times and I would say that 20 years ago we wouldn’t see this happening; a male, black and gay character being a lead. It was unthinkable. Right now, how the dialogue is going and the conversation is happening, it gives you hope for a really good future of theatre and the industry. There’s an opening up and the fact it’s happening on the small and big screen – there’s influence there. Not everyone goes to the theatre, but the movies… it goes into everybody’s house. Films like Moonlight. It brings a bit of understanding that those issues happen in the black gay community scene and it’s normal. It’s fine.
Poseletso: ​Having to work for a company (Disney) that supports gay people with Pride and all that… a company that is 80% black artists in the production, being in The Lion King we know we are protected and know we are supported. We feel comfortable in the surroundings.
Etian: ​The landscape is changing. We see it. We feel it.
Matthieu: ​We’ve heard it.

On the intersection of being queer and black helping them navigate the world of theatre…
Matthieu: ​I think it really depends on what you’re doing and what show you’re auditioning for. I don’t think my sexual orientation stopped me from getting jobs, but being black when you’re auditioning for things like Lion King or Aladdin or Motown or Dreamgirls, the cast is like 70% black so is really helpful. On a personal level… my sexual orientation has never been part of the process.
Poseletso: ​That’s because we call ourselves ‘actors’. You can act being straight, you can act being gay. I can act like a 50 year old woman, but doesn’t mean that when I get in there, I need to literally be the woman. It’s about acting.
Etian: ​It’s your talent, your skill, your craft. You should let it speak itself. While your sexuality orientation matters, it shouldn’t come across. You’re an artist.
Matthieu: ​On our level, I don’t think it plays a part. We were talking about the West End, but in the film industry, it plays a part. Everybody is interested in the sexual orientation of this actor or what they do, but here it really doesn’t matter. This is why I said earlier that there’s work to do and to be done, but we’re on the right track.