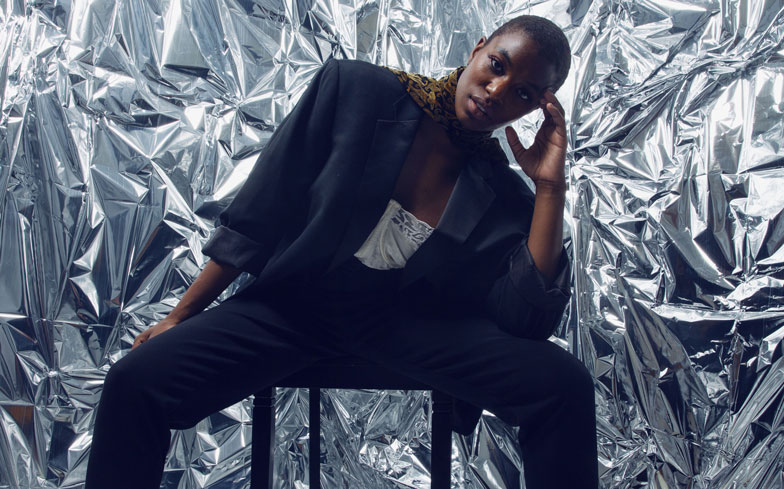 This month, actor Mars Rucker made history as the first Black transenby/non-binary person to have a named role on Broadway.

“I am so thankful that I can be a representation for the Black trans/transenby/non-binary community here on this platform and allow them to see that they can live their dreams as well,” Mars wrote on their Instagram page in late August when announcing the news. The post has since been commented on and reposted hundreds of times.

Explaining they didn’t open up about their transition until just before beginning rehearsals for Tina, The Tina Turner musical, the creatives behind the show – led by icon Tina Turner herself – have welcomed the progression shown by Mars in living their most authentic life. Understanding that acceptance isn’t about just learning pronouns.

“They had to find a new gender-neutral locker for me. It made them have to cater to non-binary people which means they had to acknowledge that we exist in this world because everything in the theatre is so gendered and binary,” Mars explains. “Everybody was so welcoming and understanding to who I was. It was new and a teaching moment for everybody in this show.”

Mars admitting to us they were initially concerned that their honesty could actually have lost them the role. “It could have been so easy to remove me out of the process. It sounds terrible, but because it requires so much correcting, and others are usually the ones correcting you in the process of them learning, it could make me seem like an inconvenience to the cast. Even though that’s not progressive, that’s a lot of people and their viewpoint and not how they treated me at all.”

Taking a break from opening on Broadway, we speak to Mars about the lack of trans/non-binary representation on the stage, how it’s the responsibility of others to learn about pronouns, and why we shouldn’t be afraid of breaking the mould when it comes to making queer history.

When you first auditioned, did you know that this was going to be a possible historical moment?
No, I was transitioning while I was auditioning. It was something I was actually going through internally but hadn’t expressed to my agents or the people auditioning at the time. I booked it and in the process, months had gone by before they had finished the entire casting process. I let them know that this was what I was going through and they had to work around me. They had to change the name on my wigs, my clothes and things they’d begun prepping. I was transitioning throughout just before we started rehearsals so I didn’t know this is what I was going to be at all.

Anything that is a ‘first’ means you’re starting conversations others might not have had before. Walk me through what it was like beginning these with your cast…
I have fantastic agents who are very focused on diversity and minorities, and also speak on behalf of them. They were so helpful in speaking to the team about that, but it was also a learning curve on everyone’s part because of things like my pronouns. It’s something everyone is working through and I had to explain what my pronouns were. They had to find a new gender neutral locker for me. It made them have to cater to non-binary people which means they had to acknowledge that we exist in this world because everything in the theatre is so gendered and binary. Everything is so fitting within it. It’s hard because I have to go through this with them in learning my pronouns. It can be this hard process with me having me watch everyone adjust while I’m teaching at the same time, but everybody was so welcoming and understanding to who I was. It was new and a teaching moment for everybody in this show.

Were you surprised by how respectful people were towards you, and perhaps didn’t see difference but authenticity?
I was. I was incredibly surprised at that. A theatre can seem like a bubble, so when you go outside of theatre, there are people who are not that same way. The first day, my choreographer came up to me and was like, ‘I’m so excited. We are so excited for this. If I mess up, let me know as I want to learn and be there to help you.’ I didn’t think that as I walked in expecting people questioning about this person and how they work with them. They were all really ready to jump in and learn. It’s been amazing for me!

That feels like the best measure of queer progression…
Right?! It could have been so easy to remove me out of the process. It sounds terrible, but because it requires so much correcting, and others are usually the ones correcting you in the process of them learning, it could make me seem like an inconvenience to the cast. Even though that’s not progressive, that’s a lot of people and their viewpoint and not how they treated me at all.

There will be people that are trans/non-binary that have never once seen themselves represented in this way before. Are you aware of that, or is it terrifying?
Erm… I think it’s both! I think it’s both because I’m so excited to have people who are non-binary and trans be able to see someone they know is going through the same experience in some way. I needed that when I was in the process of transitioning and getting to know myself before I stepped into these rehearsals. I wish I could have been able to look to television and see myself, or look on Broadway. This honestly I know saves lives. Representation for all people, specifically for Black and brown people, that seem themselves as non-binary. We see white non-binary people now on television, not lots but we do see them. We don’t see Black, queer, non-binary people. I have a lot of non-binary fans who watch and they have expressed to me how exciting this is for them, and something they look forward to because they know they can have a career in theatre. I can be non-binary and play a femme woman at the same time. We can play characters, we don’t have to be subscribing to this stereotype of us.

People are wanting to have these conversations. Education equals knowledge.
I think people are ready to champion it but also ready to be educated in it. There are so many different outlets to be educated now. If we are in the light, we are able to speak about it and that is an education in itself because we have the platform to speak.

Do you think we could move towards a place where things like the Tony Awards awards aren’t separated by male and female?
I think it’s coming. I don’t know when but I know the conversation is starting to happen. They’re putting more people who don’t fit into the binary on Broadway and I believe that we should be included for that conversation. We are also putting work up there and deserve to be included in this celebration of art. There are so many people able to do fantastic work in our community, and I strongly believe we should be included, yet I don’t believe that inclusion verifies non-binary peoples abilities. The conversation starts when you have representation.

While remembering that one voice doesn’t speak for all, and that one non-binary experience is not the same for all.
Right! There are so many different views and perspectives of what non- binary means and what people mean with that. I’m one colour of what that represents for me, and I try my best to speak on what my people need, but I cannot represent all people.

Do you think it’s your responsibility to correct other people when they use incorrect pronouns, or is it their responsibility to find out?
It’s a hard subject because I think it’s very important that people do the work to understand non-binary pronouns, the same way we do for she and he, but if I’m not correcting them then it’s important for allies to be doing it. Lots of times they don’t realise they’re doing it as the binary is so ingrained in their mind. I’m not into the emotional labour of doing the correcting so it’s important for people to really take the time to learn and understand because we don’t want to do that all the time.

Have you ever experienced or been told to tone down your queerness?
I used to have that problem in college a lot because there was a lack of Black and queer representation which is a very specific type of queer. It was about toning it down because they didn’t know how I’d fit into the Broadway industry with what I was doing. That was so hard to be told to ‘tone it down’ when you are being who you are. I think, in this production again, they’ve told me to be me, which is fantastic.

Have you thought about what it will be like to meet trans and non-binary fans who have watched somebody on stage represent them?
I haven’t, but that will be one of the joys. Theatre can sometimes seem as if it’s done for self-indulgent reasons or for personal praise, but I think it’s the biggest win and biggest joy of my art if I see a younger me knowing they see themselves in me and can go forward to do this career. I think that is honestly what I do it for. That saves lives and allows people to see a career for themselves that wasn’t there for them. That moment will wreck me!

What’s your favourite Tina Turner song?
That’s a tough one! The song that makes me the most emotional in the show is We Don’t Need Another Hero. It’s very ambiguous about what it’s saying, but works so much for the time. That song could be a leader of the moment for say what’s happening in America currently. Right now, that’s moving me in different ways, so I’m going to say that.

And finally, what is your message to any young person of a similar experience to yours, that is looking to find their way?
I had a teacher tell me ‘nothing to prove, only to share’, and I think that is so important for life and art. I will say to not doubt your intuition, move on that. Don’t allow other people’s doors opening to make you feel like your door isn’t going to open at any point. And really stop resisting, especially in terms of understanding gender identity and sexuality. I came from a religious household and you’re expected to resist that. I really want to tell the kids to not resist it. Be who you are. It’s nearly 2020. Live your best life!

More information on Tina: The Tina Turner Musical on Broadway can be found here.