Luke Pagarani Gaysians cover interview: “We should not forget who our real allies are” 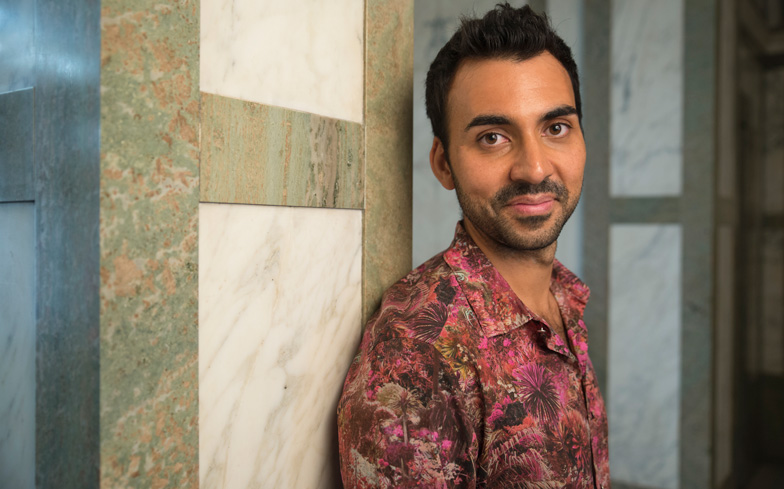 Do you believe there’s enough queer Asian role models celebrated today?
No but we should not assign too much responsibility to queer Asian people to make themselves visible or to conform to traditional ‘coming out’ narratives. I’d hope that recognition of the complex interaction of sexuality and culture would destabilise the rigid LGBTQ categories that we take for granted, but which do not map so neatly onto people’s lives.

How did you come to be in the public spotlight?
10 years ago, when I was 24, I took on the management of Natco Foods, one of the UK’s top manufacturers of South Asian ingredients (spices, nuts, lentils, chutneys, etc.). We now employ over 250 people. Seven years ago, my siblings and I founded the Human Capability Foundation, a charity that supports queer and feminist organisations and individuals in India fighting for LGBTQ rights and gender equality. Natco donates all its profits to the charity, which means the business has raised over £7 million so far for the rights of marginalised communities in India. Until very recently we were doing this work very quietly but now are starting to talk more loudly about what we do and why we do it.

Who are your queer heroes?
I love people who are both artistically generous and deeply subversive such as James Baldwin, Derek Jarman, Alan Bennett and David Hoyle. I’m in awe of the queer activists I work with in India facing reactionary forces. I’m greatly inspired by my colleague Pramada Menon, who has been formative in the Indian queer and feminist movements. Brilliant young writers Huw Lemmey and James Butler alert us to the radical imperatives of queer lives and our neglected histories. With the recent 30-year anniversary of Section 28, I watched some of the parliamentary debate from 1988. It was stirring to see that two of the MPs most forcefully standing up for LGBTQ equality at the time were Jeremy Corbyn and Diane Abbott. We should not forget who our real allies are.