Krishna Omkar Gaysians cover interview: “James Baldwin taught me about the intersection of race and sexuality” 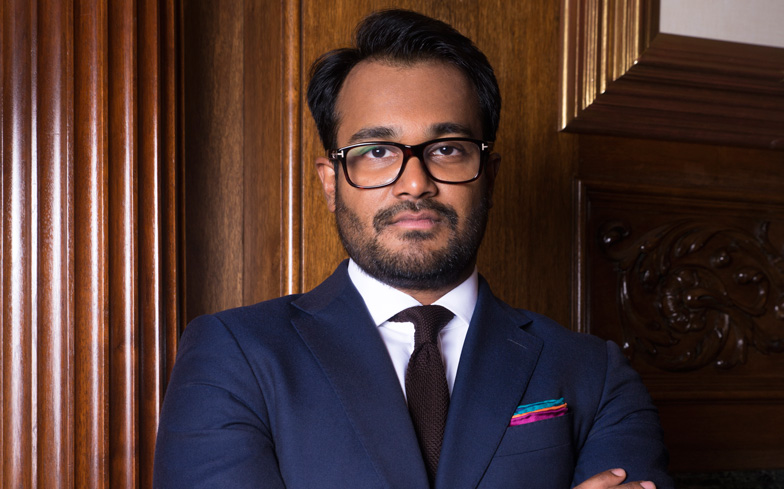 Do we currently see fair and accurate representation for the queer Asian community in the UK?
When I was finishing my studies at Oxford, I wanted to go into film and theatre, and a Hollywood agent wanted to sign me. They told me that I would have a lot of work, because there was so much demand for people like me to play terrorists, IT guys, medics, and taxi drivers. Needless to say, I didn’t go down that route. Ten years later, much has changed, and yet, so much hasn’t. Take for example the hit TV show, Bodyguard, the most watched BBC show in a decade. It features no queer characters, and the Asian characters pivotal to the plot were terrorists. The two Deadpool movies were lauded for breaking stereotypes and changing the narrative arc of the superhero; and yet, the sole Indian is a stock comic taxi driver. When was the last time you saw a fashion campaign or an advertisement where the person of colour was not just a token presence? Pick up any glossy magazine you can think of, and the overwhelming experience is one of whiteness and straightness. Queer people, and queer Asians in particular, are expected to adhere to and perform certain roles within the bounds of what mainstream culture scripts for them. For the most, they are invisible.

Who are your queer heroes?
As a student of literature I took refuge in the writings of others who had expressed what I was not being able to express. Oscar Wilde – in many ways the first real LGBTQ activist. He stood up for what he believed in, and lost everything – his reputation, his family, and ultimately his life. James Baldwin taught me about the intersection of race and sexuality. Ismat Chughtai, the Urdu writer whose short story Lihaaf articulated a feminist view of sexuality through its depiction of lesbianism, incredibly controversial in 1942 when it was written and banned, and in 1996, when I was 12 and a film based on it sparked a nationwide conversation in India about sexual orientation. And of course, Freddie Mercury – Indian, gay, Gujarati, and proud – someone who lived life on his own terms, and burned bright.