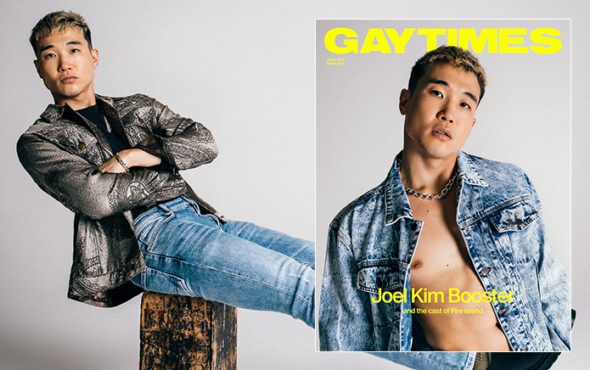 “I really wanted to show people that there is joy in the experience of being gay,” says Joel Kim Booster, star and writer of Fire Island.

The Andrew Ahn-directed comedy, from Searchlight Pictures, is destined to become a queer classic due to its unwavering commitment to authentically representing the queer experience, and for capturing the unequivocal joy that comes with being a member of the “rainbow mafia”.

In his cover interview for GAY TIMES, alongside Ahn and cast members Bowen Yang, Conrad Ricamora, Margaret Cho and James Scully, Booster says the film stemmed from his need to reassure queer people of their worth.

“I remember sitting, terrified as a 16-year-old like, ‘Oh my god, what kind of world is waiting for me out there as a gay person? Is there happiness out there for me?’” says Booster.

“A big part of wanting to do this project was for me to say, ‘You will find your queer family, and through those people, you will have all of these wonderful experiences and create such an amazing tapestry of joy in your life. Not just “despite being gay”, but because you’re gay.’ That’s really what I wanted to get across with the movie.” 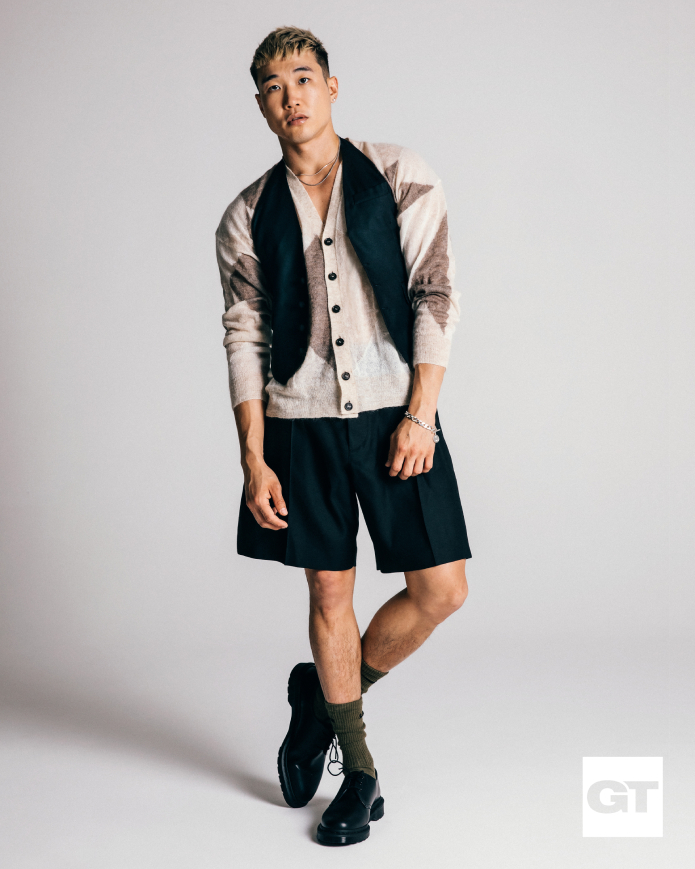 Inspired by Jane Austen’s classic novel Pride and Prejudice, as well as his experiences with the Pines, Fire Island follows Booster’s character Noah and his queer circle as they take off on a week-long vacation to the titular LGBTQ+ hotspot in New York.

Noah – the Elizabeth Bennett of the group – makes a promise to his best friend Howie that he will not get laid until he does.

“Joel had this idea for this movie the first time we went to Fire Island together in 2015,” Yang tells GAY TIMES. “He brought Pride and Prejudice with him and he was reading it like, ‘Wow, a lot of this translates so neatly into the dynamics of this place, where people are obsessed with wealth and class and social standing and relationships.’”

Ahn, the critically-acclaimed director behind dramas Spa Night (2016) and Driveaways (2019), says Fire Island was the perfect opportunity for him as a filmmaker to “be able to enjoy and be reminded of our happiness as gay people”.

“Being queer in this day and age is really difficult,” he states. “We live a very strange existence where in some spaces, we feel so safe and happy, and in other spaces, we’re really scared and in danger. I think it’s constantly a navigation. I’ve made a sad gay movie, you know? I’ve done that in my body of work.

“For this film, I wanted to have fun, I wanted to laugh, I wanted to give the audience something to feel good about themselves. I think it’s really valuable to have dramatic queer films that are darker and tackle subjects that are difficult. I think that there’s a time and place for that.”

For Booster, it was crucial to depict how LGBTQ+ people find solace through their chosen families, but also how the community can, at times, tear each other apart. “When we’re all together on an island, no straight people, nothing to oppress us from the external, how do we oppress each other?” he explains.

“It was really important for me to show that dichotomy of both the closeness that comes from chosen families and also the toxicity that can come when we’re suddenly emboldened by the things that, for years, gay culture has lifted up as important: body image, wealth, race.”

It was also important for Booster, who “never” saw himself represented on screen, to show audiences that people of Asian descent can lead the narrative – instead of serving as the “token” friend or comedic side character.

“There’s usually only one of us in a movie, right?” he says. “So, we’re only seeing one specific story. I just wanted to feel like you’re getting so many different versions of a queer experience. I want people to realise that we’re more than just the token Asian friend. We are the story. I want people to understand that and feel empowered by that.”

You can read our full interview with the cast of Fire Island from 13 May via the GAY TIMES app, Apple News+, Readly, and Flipster.