It’s complicated: Exploring why gay men have such a unique relationship with the gym 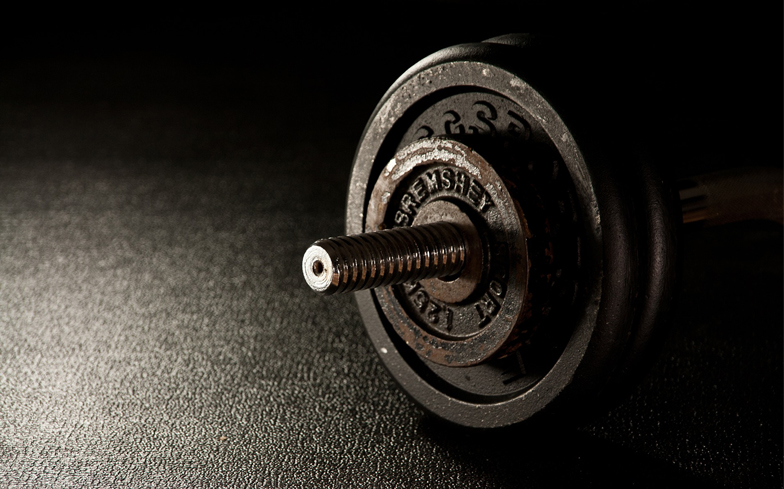 For a lot of gay men, the gym is either a place of extreme anxiety or passionate obsession.

Joining the gym is something on a lot of people’s to-do lists, but as a beginner even after you’ve signed up it can still be difficult to go for that first workout. For queer people that journey can be even harder because there are extra layers of anxiety and fear around entering a space that is normally reserved for traditional masculinity.

I asked knitwear designer Daniel James how he felt about signing up to a gym, and he echoed my own initial reluctance. “I joined this year and have just been really scared to go,” he told us. “I get anxious over not knowing what a space is going to be like, how to find things, where to go, etc. So I keep putting off going even though i’ve had the membership for about 6 weeks.”

For most of us, our first experience of fitness was PE class at school, which for those who didn’t fit in with the rugby boys or the tennis girls, was hell. It starts with cruel jokes in the changing room about looking at the other lads (and why was it never the fit ones who thought we wanted them?) and invariably ended with humiliation at not being good enough at whatever sport was the torture of the week. I can recall too many times being mocked for standing on the edge of the pitch trying to stay out of the way, but then mocked harder for deciding to give it a go, and being shit at it.

One gay man I spoke to about this (who prefers to remain anonymous, let’s call him Harry), recalled he started “shying away from trying [at PE] once overly-confident guys started dominating the class”. While that is definitely not an experience unique to queer people, it shouldn’t be forgotten that young queer people are often bullied for their queerness before they have even processed it themselves, so combine that with having to make themselves physically vulnerable on a cold field, and it quickly becomes a recipe for deep rooted anxiety.

The outcome, as freelance writer Jake Hall sees it, is that we can end up giving up on sport entirely. “I linked sports with masculinity, and masculinity made me feel vulnerable because I knew I didn’t really identify with it,” he explained. “As a result, I just disengaged with sport completely.”

These early experiences with sport and fitness tend to stay with us, and many queer people end up either rejecting fitness altogether or throwing themselves at it so hard that the journey to what they see as the perfect body never really ends – an issue perpetuated by Instagram and Grindr culture. “The media perpetuates this idea that we’re all toned, well-groomed and cosmopolitan, and then within gay communities there’s a real fetishisation of body types that match the ‘tribes’ – mainly twink, bear and jock,” Jake continued.

We’ve conditioned ourselves to accept these predefined roles, and as someone whose thinness was commented on frequently growing up, making the decision to join a gym was terrifying. I was often met with jokes even among my family if I mentioned wanting to start running or engage with fitness in any way. The feeling that ‘the gym is not for me’ haunted me for a long time. Not least because I grew up in a town in North Lincolnshire where opinions were narrow, and the guys at the gym were the same I had been made fun of by, years earlier at school.

Once you get over the fear of going to the gym, being inside it can be a massively intimidating place, and just like PE, it starts in the changing room. Everyone I spoke to had similar worries about this. Jake said: “I absolutely hated the changing rooms and the showers, they put me on edge immediately because again I felt like everyone was staring at my body,” which is the case whether you feel too big or too small to belong there.

“The locker-room – I guess this is a hang-up from school where my only experience of getting changed had been that of mass ridicule,” admitted Harry, while Daniel recalled: “The one time I went I was super nervous, I didn’t know where to go or what to do so I ended up standing around for a while, but once I started [the induction] I didn’t feel like I was being watched. My issue with not going at the moment is that fear of being watched or judged, though.”

It’s easy to forget that people go to the gym not because they already have the body they want, but because they’re there to work on something – yet it is still so natural to feel that we shouldn’t be there because we don’t fit in. You’ve probably heard people pass on a yoga class with ‘I can’t do yoga, I’m not flexible enough’, ironically forgetting that you do yoga to become flexible – the same is true with the gym.

This fear of being seen failing while trying in the gym isn’t without cause – we’ve all seen viral videos of someone using a machine in the most hilariously wrong way, but the anxiety of those super muscular guys watching us trying to bench press with bad form is more than enough to stop us from ever trying in the first place. For those fortunate enough to afford it, the easiest way to combat this is to hire a trainer for a few sessions to learn the basics, but I’ve found that following apps and finding a friend with some experience can be just as effective. Plus, as intimidating as it can be, the trainers in the gym are genuinely there to help (even if they may try and sell you sessions after – it is still ok to ask for a bit of advice).

“Given the rise in popularity of Instagram, influencers and celebrity culture, there has been a dramatic shift in the body ideals of men across the board; now both straight and gay men feel pressured to live up to this – I most definitely do,” added Harry.

“What we are experiencing, perhaps for the first time, is the pressure that women have had for centuries: that anyone could look like a model if perhaps they diet and exercise properly.”

In more rural areas like the town I grew up in, gyms are almost wholly heterosexual places, which makes it feel hostile to one of the few gays in the area (me). In the city it can be just as hard because of the opposite problem – the gym has plenty of gay men, but as ‘Harry’ put it, they have “already achieved their own gold standard of body image,” and the pressure for anyone who already feels like an outsider can be overwhelming.

This ties in with the bigger problem of how the LGBTQ community, and white gay men in particular, treat each other online, often reducing others to a few choice qualities and writing off anything else.

How can we come together to change all of this? The truth is there’s no easy answer, but if a friend quietly hints that they want to start a fitness journey, offer encouragement, not jokes – even a friendly jibe can bring back those early feelings of shame. Encourage and support people, and if you’re confident in the gym and see someone struggling, why not approach and ask if they’re looking for advice? We would all benefit from making the gym a more supportive place, where the people are seen as potential friends, not competition.