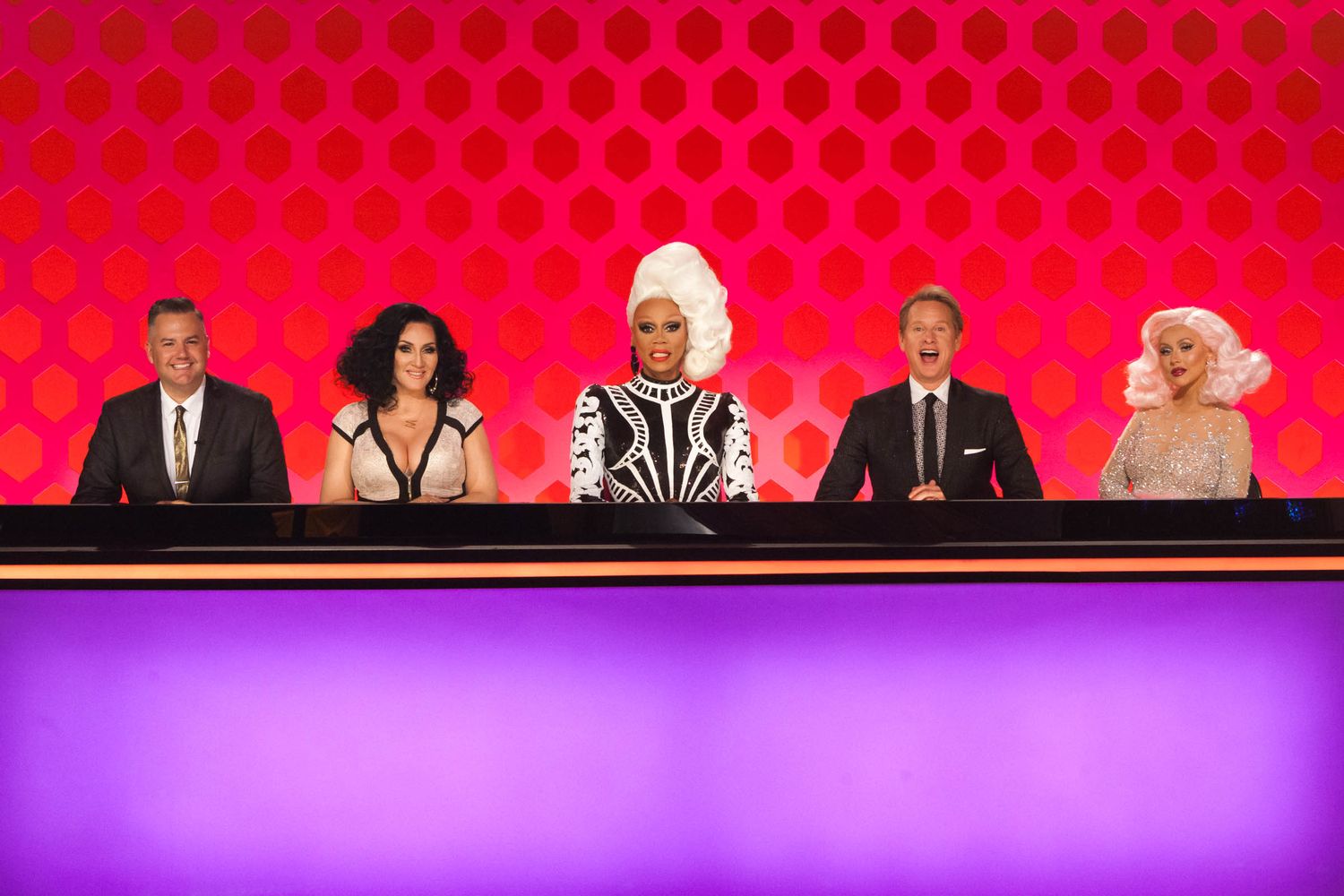 Growing up, I had a tendency to subdue my excitement around things.

I’m not quite sure where this came from and if I did I would certainly go back and change it, but it’s a habit that I have not been able to shake. I’ve found not many things can inspire genuine, ferocious excitement within me. Don’t get me wrong, I am pleased by many things, I enjoy many things and I certainly appreciate many things, but the list of experiences that bring about raw excitement from me is rather short. One thing in life that has always reached into me and drawn out enthusiasm has been drag. I was first introduced to drag culture while watching a YouTube video with Shane Dawson and Willam. Willam was putting Shane in drag for his first time and from there I learned about RuPaul’s Drag Race. Honnnnney, if only I knew what I was in for. Makeup, hair, wigs, drag queens, and most importantly, lip syncs.

It was in the lip syncs that the genuine, raw excitement came out in me; I couldn’t help it. The way the queens on the show would stand on stage, have music play and convince everyone in the room that they owned the song was incredible. From that point on, I spent almost every free hour I had watching episodes of RuPaul’s Drag Race. From there I went on to learn about legendary queens who haven’t been on the show – Jackie Beat, Tandi Iman Dupree, Sherry Vine and more. I couldn’t get enough. I loved drag.

If I wasn’t watching the show, I was watching YouTube videos of queens’ performances. And if I wasn’t doing either of those things, I was probably asleep. “Drag has always been at the forefront of popular culture”

It can be strange to look back on that time. At that point in my life, drag was very much my escape. I was not yet out, I had not accepted my own identity and I was generally unhappy. Nothing I was doing could compare to the feeling I got whenever I could come home and watch the latest lip sync for your life or discover a new drag artist on Instagram. Drag culture was everything to me. Indeed, it is through my love affair with drag that I became acquainted with the LGBTQ community.

I had never seen myself represented in my locality, no less in popular media. My idea of all things gay had been skewed by popular stereotypes and specific ways gay people were portrayed on television. I had no reference that seemed to line up with who I was; and I think that’s why drag and RuPaul’s Drag Race was so important to me. I got to see a whole host of different queer people be themselves and exist authentically – for that reason I loved the show like no other.

It was inspiring for me to see queer people be so out there with themselves and exposing all of the nuances of their identities to the world. Even more inspiring, was the fact that those competing on the show had successfully built a path for themselves where they could make a career out of being queer. Being a successful RuGirl meant finding your own niche within the LGBTQ community. For the first time, I saw queer people flourishing due to their difference, not in spite of their difference.

We all live in multiple closets

I’ve always been nervous about being out in the workplace. I think that’s an experience shared by most LGBTQ people. It’s not always about fearing explicit discrimination (though that is very much a reality for some people), it can be about knowing your peers will look at you differently, knowing you’ll be “the gay one”, knowing people will have made a whole lot of assumptions about you having never even met you.

Having been involved in my university’s LGBTQ society (DCU LGBTA) for just over two years, I never knew if mentioning that experience would help or hinder me in finding a job. This was especially hard for me as that’s where all of my greatest work was; that’s what I’ve dedicated my time to. With DCU LGBTA, I’ve worked with a committee to put on weekly events for LGBTQ students and have even gone on to put on the largest student-organised drag competition in Europe – DCU Drag Race.

So for the last two years, I’ve had an evolution as a queer person, but I’ve also dealt with extreme inner turmoil. You see, I knew I was living in a bubble. Sure, everything is great while I’m at home watching the show or at university with my LGBTQ peers – but what about everything else?

I always thought my queer identity and professional identity would never be able to coincide. I know that my queerness is something that empowers me, but I never thought anyone else would also think that way. “So tell me, what do you know about RuPaul?”

One day, I got a message from Vessy Tasheva, the Chief Marketing Officer at Enhancv. I had known Vessy for a while through my work with DCU LGBTA but we weren’t the type of friends to speak outside of shared social circles.

She explained that Enhancv were launching a Successful Resumes section of their website and wanted to feature the head queen herself, RuPaul. Now, I don’t know about you, but it doesn’t take a lot to get me talking about RuPaul. And to get paid to do that? You don’t have to ask me twice.

From there, I went on to craft RuPaul’s resume, and truthfully, I’ve never enjoyed doing work so much in my life. I sat there sniggering to myself at the tea I was spilling and the references I was making throughout – Ru blocking Courtney Act on Twitter for one. At the same time, I was determined to produce high quality content. Like I said, I never thought I could be out in the workplace, no less paid for my knowledge of queer culture. This was an opportunity that I couldn’t pass up. I needed to turn this into more than a one-time freelancing gig, I needed to get a job offer out of this.

Sure enough, after producing the resume for RuPaul, doing some more work for Enhancv and a round of interviews, I got offered an internship for 4 months. I’m now two months into that internship and I have to say, I couldn’t be happier.

My first assignment was working on marketing distribution of Sam’s story – a queer, gender non-conforming person. Later, I got to feature one of my close friends Avery, a non-binary identifying person. And most recently, I put together a resume for Jeffree Star.

Consistently, I have been able to feature my queerness in my work. The thing I thought would always hold me back turned out to be the thing that made me different and valuable.

It’s surreal when I think about who I was only three years ago; a closeted gay kid that had just accepted he’d never be happy and that’s just how life is. Now, I’m out, I have a job I can support myself with, and I have a community of LGBTQ people that support me in that venture. It’s… everything (*finger wag*). I always get giddy thinking about if my now-self could talk to my past-self. He’d never believe me; no chance. The things I’ve gone onto do in two short years continues to surprise me and I’m forever grateful for the opportunities I’ve been afforded. Truly, I’ve had so many of those pinch yourself moments, more than I ever thought I’d get in a lifetime.

A ran into an old friend of mine a few weeks back. I hadn’t seen them since leaving secondary school – before being out. We were catching up and they asked me what I had been up to. I stopped for a few seconds – thought about where my life is now – and replied to them with, “I’m living my dream”. And without a shadow of a doubt, I really think I am.

I’ve been quoted saying I’m living the future queer people of the 80s fought for, and that’s true. But, I’m also living the life that my younger self never thought he’d make it to. For that, I’ll never know how I got so lucky, but I know seizing opportunities as they came to me – no matter how scared I was when they came about – was the key to everything I’ve accomplished.

I know most queer people won’t have the same experience as me, my case is quite particular. I don’t want to preach the tired “believe in yourself and you’ll get what you deserve” cliché, because that’s not always true. There’s systematic oppression, disadvantage and barriers in the way that can keep other queer people from realising their potential. What I will say is, in two short years, I’ve gone abroad to speak on queer issues, hosted a workshop at the largest LGBTI+ training in Europe, raised thousands for LGBTQ charities, fronted anti-LGBTQ bullying campaigns and now, I’ve got myself a job out of my obsession with a queer phenomenon.

I never would have believed it back then, but I’m very proud of it. Now, I know my pride is one of the most powerful things I have, and I think that’s true for all LGBTQ people.