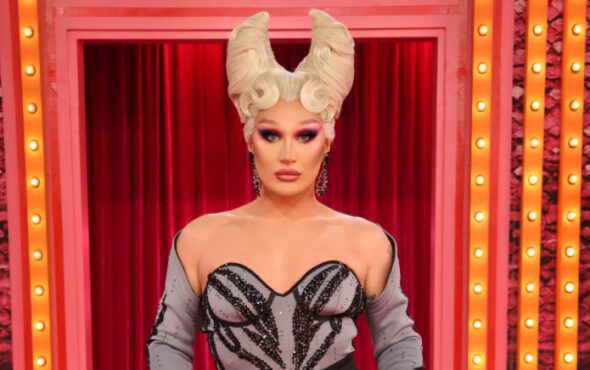 The Vivienne has embraced her inner All Stars 4-era RuPaul by declaring a tie between her two favourite Drag Race winners.

In a TikTok video for GAY TIMES, the legendary queen and inaugural winner of RuPaul’s Drag Race UK reveals: “I think it’s a tie between Chad Michaels and Bianca Del Rio.”

Chad comes as no surprise – in 2019, the All Stars 1 champion made headlines after performing at The Vivienne’s wedding to David Ludford at London’s famous gay nightclub Heaven. Viv hails Chad as the “absolute epitome” of drag and the “most amazing person ever”.

As for Bianca, season six winner, The Vivienne commends her “phenomenal” artistry, calling her a “powerhouse of drag and a great cookie cutter of how to do drag properly and make your career from it afterwards”.

The star adds: “I love you both Bianca and Chad!” The seven other queens competing for the coveted title of “Queen of Queens” and the series’ largest cash prize ever at $200,000 are as follows: Jaida Essence Hall, Jinkx Monsoon, Monet X Change, Raja, Shea Couleé, Trinity the Tuck and Yvie Oddly.

So far, the series has been met with critical acclaim, with the second episode – which saw the queens flex their best impersonations for the Snatch Game – becoming the series’ highest rated episode of all time on IMDB.

The brand new twist has also been met with praise. For the first time ever, none of the contestants will hear the dreaded “sashay away” from RuPaul.

Instead, the top two All Stars of the week will be awarded a Legendary Legend Star and the winner of the lip-sync for your legacy will, as per, earn a $10,000 tip and the power to “block” one of the six safe queens with the Platinum Plunger; meaning she’ll be prevented from winning a star the following week – even if she wins the challenge. All Stars 7 will culminate with the four queens who have collected the most Legendary Legend Stars lip-syncing for the crown.

The season, which is due to run for 12 episodes, premieres every Friday in the UK on the streamer of all things drag, WOW Presents Plus.

On this week’s episode, the winners will showcase three looks in The Realness of Fortune Ball.