Exclusive: 93% of LGBTQ+ people want ‘conversion therapy’ banned for all 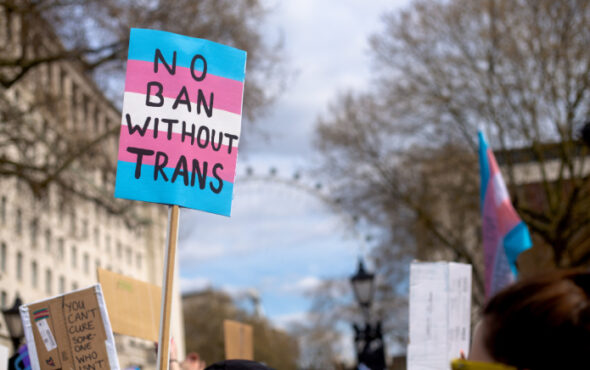 Banning so-called ‘conversion therapy’ for all is supported by the vast majority of LGBTQ+ people, a joint survey from GAY TIMES and Channel 4 News has found.

Respondents were asked to rank certain issues affecting the community, with 92.6% stating that a full ban is ‘very important’ to them, 4.6% viewing it as of ‘average importance’ and only 2.8% believing it to be ‘not important’.

The results come after widespread outrage at the UK government’s U-turns on introducing a comprehensive ban of the practice, which has now resulted in a watered down version of what was originally promised and would see adults still able to consent to undergoing it.

Trans people are not currently expected to be offered any protections by the legislation, with the government stating “different considerations” are needed for this.

Jayne Ozanne, Chair of the Ban Conversion Therapy Coalition and an openly gay Evangelical Christian who went through 20 years of the practice, told GAY TIMES that the “findings underline just how united the LGBTQI+ community is on recognising the urgent need for a full ban on the harmful practices of ‘conversion therapy’.

“This is an issue which deeply matters to us and shows just how out of touch the Prime Minister is with the needs of those he is meant to champion and protect.”

It has been widely condemned by health experts and bodies all over the world, including the National Health Service and the World Health Organisation, with some comparing it to torture.

There were a total of 2,237 GAY TIMES readers surveyed as part of the research, with most being aged 13 to 24 years.

It marks the second time this year that a majority of the audience has expressed support for a ban being introduced.

In February, a separate survey found that 88% of respondents want the government to introduce a comprehensive ban of ‘conversion therapy’, with 12% being in favour of a partial one.