“She’s tattooed on my arm!” 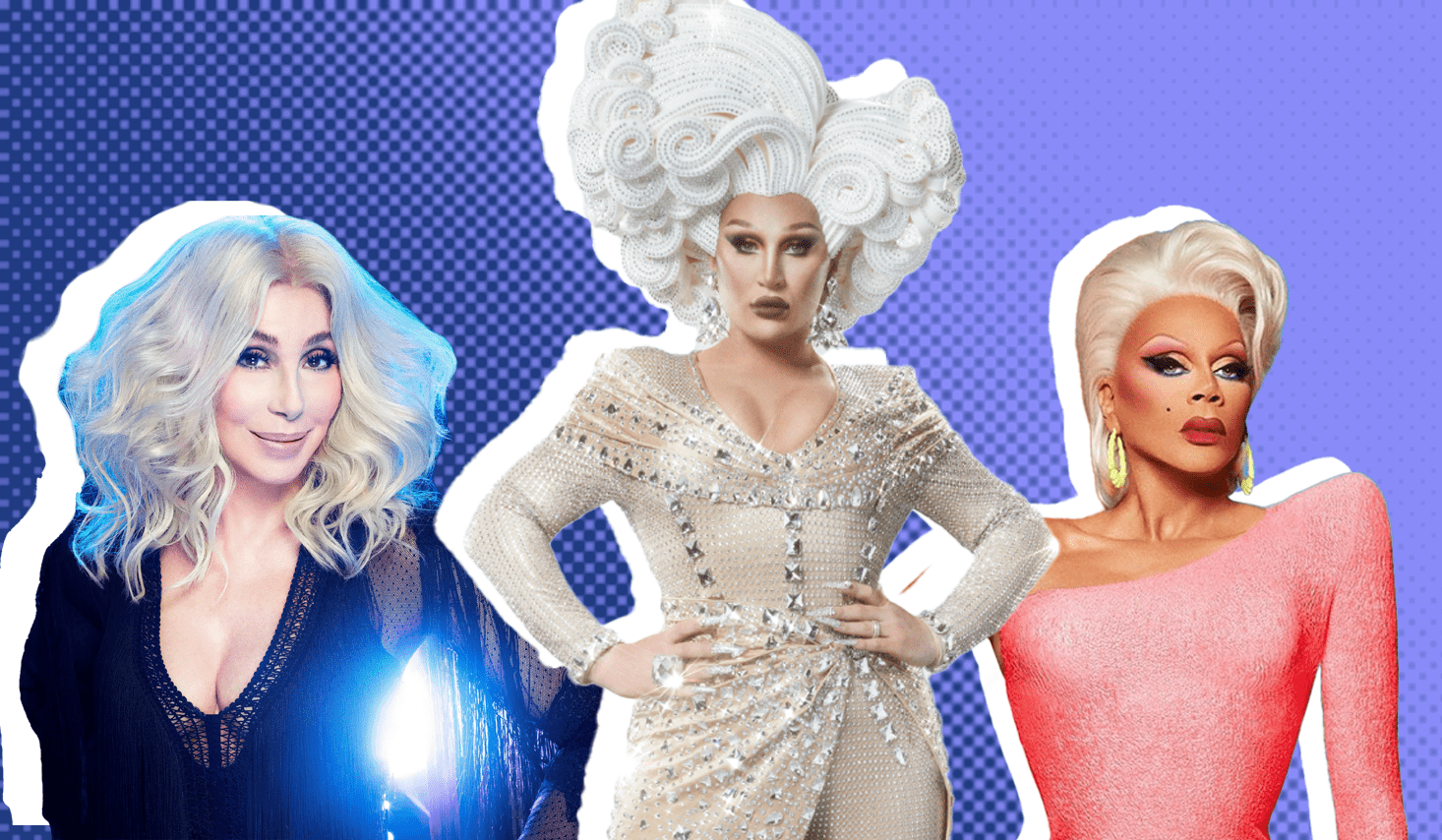 Three years (how?) after conquering the inaugural season of RuPaul’s Drag Race UK, The Vivienne is sashaying back into the werkroom for the first ever winners’ season of All Stars, becoming the first UK alum to compete on the US franchise. The seven other queens returning to the fold for the coveted title of “Queen of Queens” and the series’ largest cash prize ever at $200,000 (!) are as follows: Jaida Essence Hall, Jinkx Monsoon, Monet X Change, Raja, Shea Couleé, Trinity the Tuck and Yvie Oddly. Ahead of All Stars 7’s premiere on 20 May, we thought we’d get a little more acquainted with the Bitch on Heels songstress before she embarks on another “long, hard, stiff, competition” with a conversation about her favourite queer icons throughout herstory.

“Pete Burns, definitely, so ahead of his time. He was so in tune with what was actually going on, I think he showed that in Big Brother. If you look at the Big Brother clips now, especially with the conversations about gender, he was on to it. There was that great conversation between him and Jodie Marsh where she says, “Why do you wear a dress?” and he says, “Well you are sat there in pants.””

“She’s kind of queer adjacent. Cher is a drag queen and, again, she is so ahead of her time. I think gay people relate to Cher because of the shit she has been through as well. She’s always been there for us and she is fully aware of how much support gay people give her. She’s there, tattooed on my arm!”

“RuPaul, without sounding cliche or arse-licky. He has given us this amazing platform. Without Ru, the biggest pop culture phenomenon since forever wouldn’t have happened. You tell me a show or the host of a show that has created such a buzz worldwide in every single corner of every single place on this planet… There isn’t a show like it. It’s given a community of people safe places to go and it’s opened up the world’s eyes to queer people, especially a marginalised community within a marginalised community of drag queens who were the weirdos.

“I’ve been doing drag for nearly 16 years. Drag Race wasn’t a thing when I started drag. I was the drag queen that everyone loved in the clubs but on a night out nobody wanted to know, nobody wanted to date a drag queen, I always thought I would be sad and lonely for the rest of my life. But now drag queens, whether they are on Drag Race or not, are the celebrities of the nightclub and the rock-stars and people you want to be friends with, and the world wants to be friends with. I’ve got mums messaging me on Instagram, from when we did Ant and Dec’s Saturday Night Takeaway. A mother of a 13-year-old boy sent a tweet to us crying saying, ‘Thank you so much, my son gets bullied in school and now they are watching Ant and Dec in drag.’

“This is all because of RuPaul. Drag is nothing new, RuPaul isn’t the gatekeeper of drag, but because of RuPaul we have this phenomenal opportunity to show the world that we are just people – queer, gay, trans whatever, we are people. It’s kind of mad because we had people like Lily Savage and she was a Saturday night host, it was the norm, but then she just disappeared. Then it just went to, ‘Drag queens are the fools again, bring a drag queen on.’ And now, I can’t think of a TV show I have done where I’ve been used as a drag pawn, or just bringing us on for a funny skit. I’m on as a guest and I’m treated as any other guest, and I’ll have an absolute ball doing it. It comes to the point where it’s just, ‘Viv’s on’ and not, ‘There is a drag queen on tonight.'”

“There was a huge controversy when me and Raja skipped over who Alan Turing was on Fashion Photo RuView, but then that opened the conversation online and I got to say, ‘I’m so sorry, I didn’t know who he was and now I have gone and educated myself.’ I didn’t get taught that at school, nobody got taught that in school. Now I had the chance to go and look at what he did, it’s mind-blowing that a gay man went through that, basically winning the war and creating technology, and even being castrated and all that. He went through it all, to then be on the 50 pound note. It’s amazing. We have so much to thank him for.”

“Maisie Trollette, his real name is David Raven, he is 88 now. He is still a working drag queen, the oldest one in the UK. He has got a documentary coming out called Maisie. I first saw him live when I was 17 and it bought me to tears. I think he is an amazing beacon of love and joy. He is a great icon of drag, performance and life more than anything. Age is just a number and he’s been doing drag for over 50 years.” 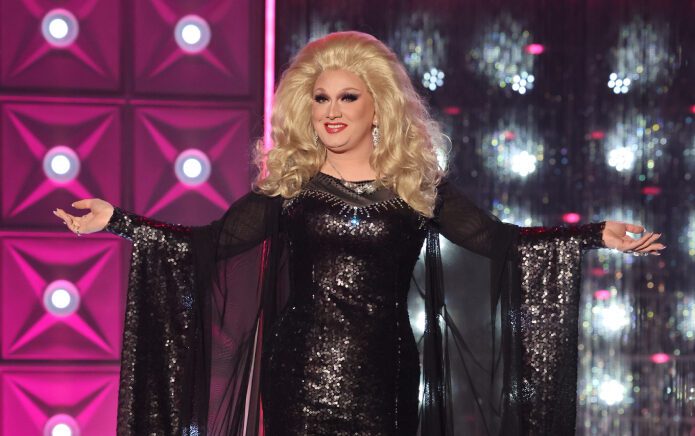 Drag Race season five winner Jinkx Monsoon has revealed her strategy for All Stars 7, the franchise's first ever winners' season. 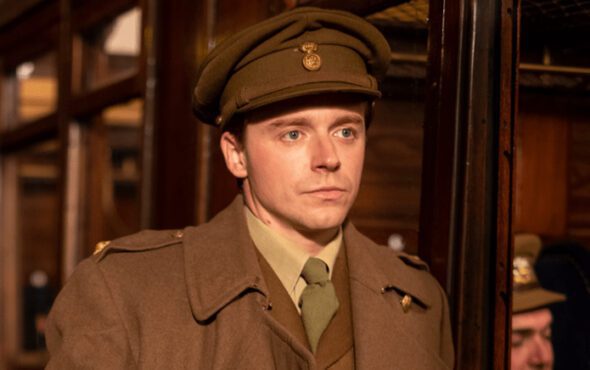 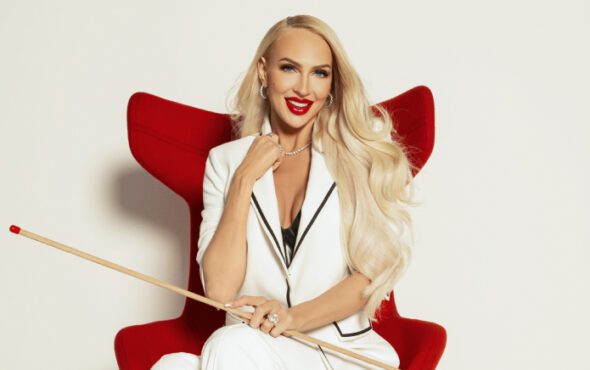 Selling Sunset’s Christine Quinn: “I am a drag queen! Have you met me?”