David Olshanetsky on bringing a new voice to LGBTQ broadcasting 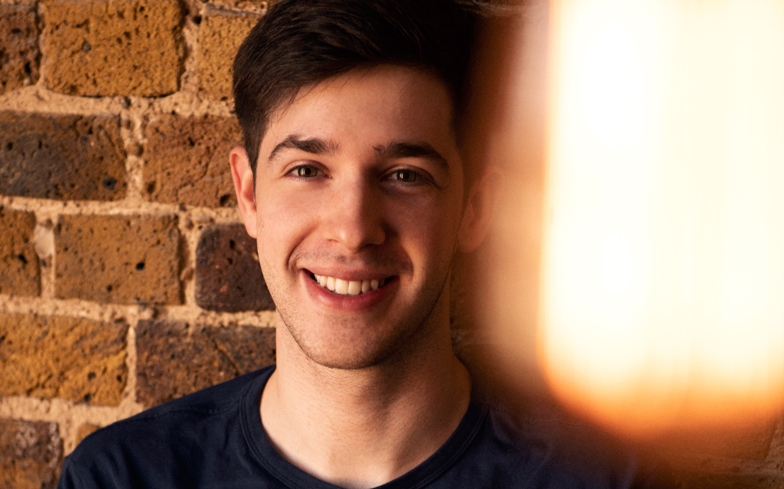 From David Olshanetsky, the creator of The Shitney Spears site we know you’ve all checked out, comes the latest podcast you’ll be totally hooked on.

David’s Out For A Good Time features David and co-host Naledi discussing everything from growing up online, LGBTQ life, and a host of pop culture topics.

Speaking about the launch of the podcast, David said: “I’m so excited to be partnering with Spotify on such an exciting and important podcast that features all the humour and curiosity of a conversation with a drunk stranger in a nightclub bathroom, without the smell or Kylie song in the background.

“I can’t wait to answer questions about LGBTQ+ life from curious allies or members of the community going through struggles. To be a part of our From The Inbox advice segment reach out with your question at TheShitneySpears.com.”

So naturally, we wanted to know a little more about this new podcast that’s blasting through our speakers.

How would you describe your new Spotify podcast?
David’s Out For A Good Time was conceptualised out of a desire to create a podcast that merged the important topics I saw flooding my dashboard, timeline and feeds across social media. Things such as the American political sphere and inequality and injustices both in the Western and wider world, as well as the memes, shade, and ‘gags of the season’ that we need to deal with the heavier stuff – all with an overarching queer twist. I answer queer questions from allies and members of the community based off my messy life experiences, allow listeners the chance to ‘call in and come out’ on air. My co-host and I take a never sitting on the fence approach to our topics, so it’s ‘how do I come out in a deeply conservative community?’ meets ‘did you see what Britney Spears just put on her Instagram story?’.

And the names and guests you’ve got coming up are pretty impressive…
It’s so difficult because half of me doesn’t want to reveal any names and the other half has already told half my friends. Without spoiling anything, we’ve got some incredible names including guests whose episodes are already up by the time you’re reading this. Everyone from Courtney Act to Ray BLK. I’ve already started planning our holiday special and we have two names in the mix that people wouldn’t expect to come on such a new show that is so openly LGBTQ in theme and topics.

How will the LGBTQ community specifically connect with the work and conversations you have?
Outside of the guests, we cover a full range of queer topics. We aren’t an exclusively gay male show. We discuss issues affecting the trans, bisexual, lesbian, gay, and wider queer community in depth – and not just in a localised way. We cover issues affecting LGBTQ people in India, Australia, China, and the whole world. Because of how global Spotify as a platform is, this show could be one of the few nonovertly queer entertainment mediums for those in more oppressive areas with fewer rights. I also love to be educated and learn more. I frequently ask for opinions or comments from listeners and to see the cultural elements in them. I’ve seen comments from listeners in Paris and listeners in Tokyo. It’s always amazing to know that regardless of distance, there is a sense of familiarity in the show, like you’re listening to your friends kiki, rather than a podcast almost. What’s it been like working with Spotify on developing the project?
From day one, I was told how many pitches and people approach Spotify about creating a Spotify Original Series, and to have their backing from day one has been amazing. To be in the same family as content creators for Spotify like Amy Schumer is so amazing, and to see my show on the homepage every Tuesday when we go live and for the days after; is so euphoric. I can never believe it. A show I drafted in the notes section of my iPhone while stuck between stations on the Central Line blasting Shawn Mendes turned into a Spotify Original Series less than a year later. The brand itself is so inclusive and has always taken my comments on board. When I decided to not feature any music within my show by artists who use homophobic slurs or who have repeatedly (and without apology) expressed homophobic behaviour such as Migos or XXXTentacion, they let me explain why and without further comment allowed me to have creative control of the associated David’s Bops & Bangers Playlist.

Do you have any fun anecdotes from your interviews you could tell us about?
Moments that really stand out? We do very minimal editing on the interviews. I think in all the interviews we’ve taped, I’m only aware of two that had to have major edits – we have such a good time in that studio. While Spotify is building their new office, we use another studio that has a bar next door and as someone who rarely drinks and has a low tolerance for alcohol… that was not a good combination.

Do you believe the LGBTQ community and issues that face us all are currently discussed enough on podcasts and similar platforms?
We are not the first, and hopefully aren’t the last LGBTQ show available, but I think there are very few targeting as young an audience as myself. The older you get the easier it is to find your tribe so to speak, but when you’re trapped in a secondary school or sixth form or college, regardless of how liberal and accepting the area may be, you miss out on the type of conversation and humour you only get from your gay friends. We’ve had loads of really positive messages from people saying that listening to this podcast makes it feel like they have those friends. I get plenty of messages in my inbox asking for help which is where the From The Inbox segment was born; answering queer questions that no amount of Wikihowing or Yahoo Answering could help.

Who would be your dream guests?
I’d love RuPaul and/or Michelle Visage, Carly Rae Jepsen, and then my number one dream guest would be Halsey. People often erase her bisexual identity, but besides being a member of the LGBTQ community, her album Badlands really helped me deal with coming to terms with my sexuality and coming out. I know every word to every song and there are a few that still make me feel super emotional. The coming out process really stays with you your whole life. It never really goes away. I will have to come out, over and over and over and over again for the rest of my life or for as long as I meet new people. But the hardest time saying it, is always the first – and her music helped me get over that first hurdle. Outside of the podcast, what are you working on?
My plate looks a bit full at the minute but that hasn’t stopped me. On top of David’s Out For A Good Time, I’m working on a nonfiction book, editing a new television concept and I’m attending university full time where I’m in my final year. I’m such a workaholic that recently I forced myself to actually ‘use my weekend to relax’ but I made it two thirds through the day before I started working again. I can totally admit I’m nervous I’ll have burnout soon where I just melt into an overworked gloop, but I’m working on that whole work-life balance thing. I mean Britney did say – ‘you better work bitch’.

David’s Out for a Good Time will be released on Spotify every Tuesday and you can listen to it here.