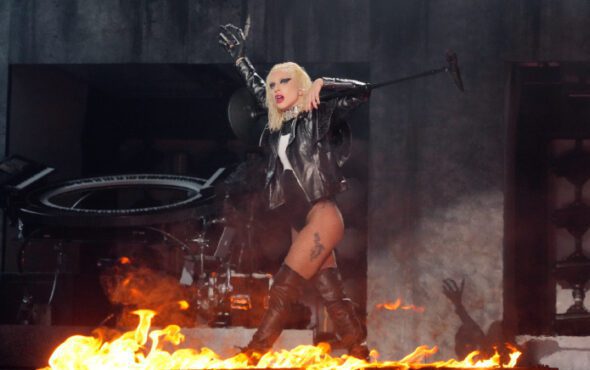 It has been a minute since the “PUT YOUR FUCKING PAWS UP!” disco stick-wielding Lady Gaga made her mark on stages around the world. The pop icon’s signature extraterrestrial aesthetic and thumping dance beats memorably took a hiatus for brief expeditions into jazz and country, while her foray into acting saw her take on roles as a chic bloodsucker and nightclub singer-songwriter who will, sadly, never love again. In the midst of the pandemic, the star finally – we repeat, finally! – re-embraced her pop roots and bombastic stage persona of her formative years with the disco and house-influenced Chromatica. The BloodPop-assisted collection refreshingly served as an antidote to the restlessness and uncertainty of lockdown’s first few months; Little Monsters rejoiced in the shiny, disco stylings of Stupid Love and the Ariana Grande-featured therapeutic stomper Rain On Me, igniting hope of a post-COVID world in the process. Most importantly, it was fun.

While a lot of new, Gen-Z artists have opted to embrace a ‘minimalist’ approach to music, because that is now very cool, Gaga injected entertainment back into the industry as she resided on a planet populated with cyberpunk warrior tribes where, sometimes, daggers fall out of the sky! And telekinesis is real! Also, it had depth. Chromatica served as a catharsis for Gaga, who has discussed how her experiences with PTSD, depression and chronic pain from fibromyalgia helped shape its optimistic, club-ready sound. As she told Paper: “I will do whatever it takes to make the world dance and smile. I want to put out a record that forces people to rejoice even in their saddest moments.” The world is so unbearably sad, but thanks to Gaga, Little Monsters were able to unite in their collective pain and dance from one club to another club, another club, another club (their living rooms). So when it was announced that the star would tour the album, paws were poised, and after a pandemic-related delay, they’re finally up! 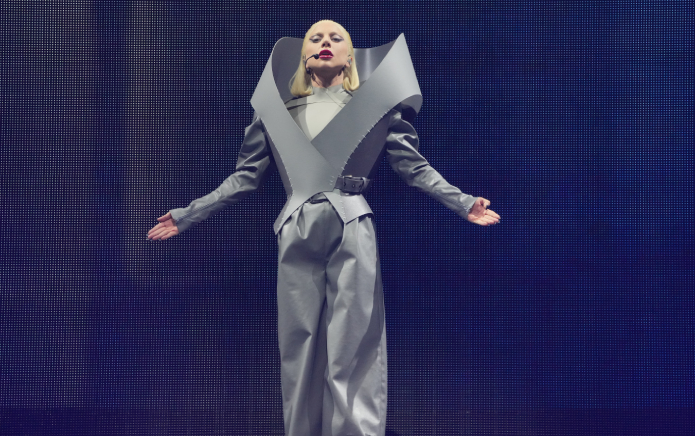 A “massive flex” is how we’d describe the opening of The Chromatica Ball. In Stockholm (21 July), the star opened the show with three of her career-defining anthems, Bad Romance, Just Dance and Poker Face, while sheathed in a glimmering sarcophagus on the brutalist architecture-inspired stage. It’s a testament to Gaga’s spunk – and her insane discography – that she’s able to bang out three of the 21st century’s most iconic pop anthems in quick succession and still leave much to be desired. Name another artist who would – or more importantly, can – do that and not have half the arena make a beeline for the exit? Later, choreo Gaga made a triumphant return as she took us to Chromatica with the fan-favourite opener Alice, mental health banger 911 and eurodance, shoulda-been-a-single Free Woman, leading her dancers through fiercely energetic dance routines to an uproarious reaction from the crowd. A handful of songs in, Gaga’s mission of ‘making the world dance and smile’ was complete; the audience’s paws were placed firmly in the air, revelling in the star’s grandiose fashions and roaring choruses. With the tour including just 20 dates while allowing Gaga multiple days in-between shows to fully recover, there was concern over whether her fibromyalgia diagnosis would hinder her abilities as a dancer. Newsflash alert! This is Lady Gaga, singer of Why Did You Do That. If she had any fears over her bodily autonomy, she made damn well sure that the crowd were blissfully unaware of it. 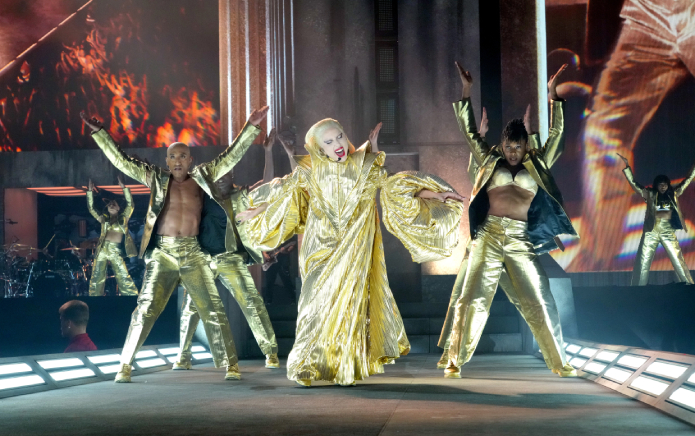 In the slower mid-section, Gaga paid tribute to her mother – who was unable to attend due to an illness – with an acoustic performance of her worldwide chart-topper Born This Way. “You always reminded me to be brave and that this was more important than me,” she told the crowd shortly after. “Every night that I’ve come out here, I want you to love yourself, that’s what I want. If you’re ever wondering what you can do for me, it’s love you, love yourself.” It’s been over a decade since Gaga released the queer anthem, yet her message of love, solidarity and inclusiveness couldn’t hold more importance with LGBTQ+ rights under threat in multiple countries around the world. “Just a reminder, this is a ball and everyone’s welcome here,” she added to deafening Applause (which was not performed!), seemingly referencing the numerous legislatures that are demonising trans people. There’s so much we could say about Gaga’s career and how her charisma and talent have informed her extraordinary longevity, but this earnest connection she’s built with her audience since Just Dance topped the charts is a crucial aspect of why she’s become such a pop juggernaut in the industry. 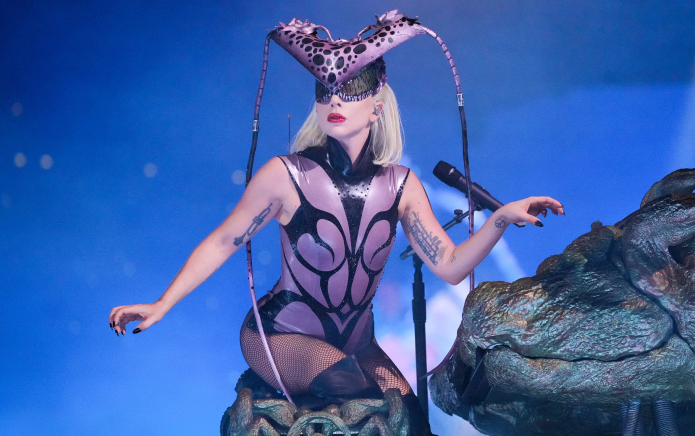 After continuing to perform slower hits such as Shallow – decked out in her finest bug couture, we should add, slay! – Always Remember Us This Way and The Edge of Glory, Gaga delivered, arguably, the most show-stopping moment of the night with Chromatica album track 1000 Doves. Originally a sparkling club banger, Gaga stripped the impassioned song back-to-basics with a jaw-dropping display of her raspy, powerhouse vocals. While the essence of Chromatica is, essentially, about having a swell time, the intricate lyrics of 1000 Doves, which arguably encompass the underlying themes of the record, left the stadium (and this writer) in blubbers: “I need you to listen to me / Please believe me / I’m completely lonely / Please don’t judge me.” By the time Stupid Love and Rain On Me came around, every single emotion – happiness, sadness, excitement, nostalgia, horniness (I Like It Rough was also not performed!) and so many more – had been on full display in the Stockholm Arena. The Chromatica Ball is queer euphoria and it proved that, despite her stepping into less pop-focused ventures and Academy-worthy acting – whether it’s as a bloodsucker, jazz singer, Italian criminal, or even her side hustle as a beauty mogul – Mother Monster’s maternal instinct to feed her fans a pure pop extravaganza will always endure.