British LGBT Awards CEO: “I fear society hasn’t progressed to be as tolerant as we thought” 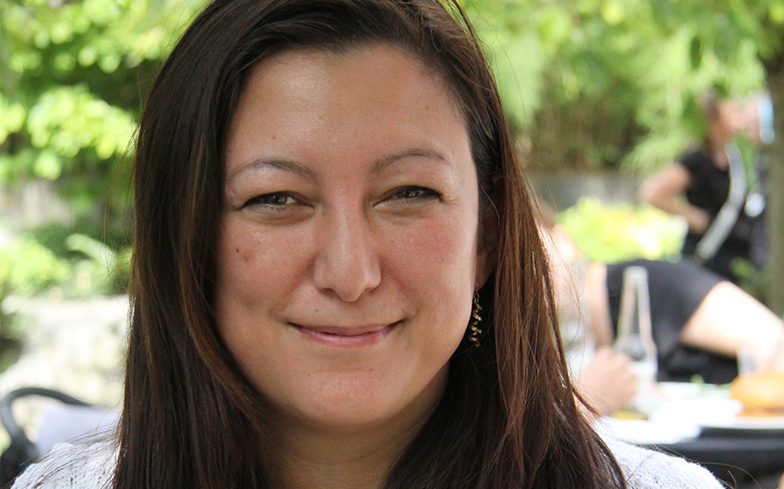 Next Friday, some of the biggest names in the LGBTQ community will ascend upon the Marriott Hotel in Grosvenor Square, London for the British LGBT Awards.

Role models, charities, activists, celebrities, music stars, and allies will all be honoured at the special event, which celebrates the accomplishments of our diverse, creative and incredible community.

Mel B and Duncan James will host the ceremony, with a guest list of famous faces and community leaders expected to attend.

Gay Times spoke to British LGBT Awards co-founder and CEO, Sarah Garrett, about why the ceremony is so important, why visible role models are vital, and the challenges LGBTQ people still face today.

Why are the NatWest British LGBT Awards so important?
The awards began as a celebration of the great achievements that have been made within the LGBTQ community with just a few hundred people. But we felt like the great stories we were hearing weren’t getting out past those few hundred people. We’ve worked pretty hard to make sure the whole community feels part of this awards, from nominations and voting, through to celebrating with us via a livestream. We are proud that we now have the largest media reach of any awards event of this kind outside the USA, and we want to continue to make sure that those doing great work are visible, not just to the LGBTQ community but to the whole of society – that’s how we are going to achieve real change.

How do you ensure there is diversity among the nominees?
We know that intersectionality is a big issue and that some parts of the LGBTQ population are more reluctant to put themselves forward. Two years ago, after having less that 10% female nominations on the corporate categories, we launched LBWomen to raise visibility of lesbian and bi females with a workplace survey. We’re pleased to say that this has resulted in increased female nominations for two years running, with women making up nearly half of the Top 10 shortlist this year. Three quarters of the British LGBT Awards staff are LGBTQ and BAME, so we are very aware that ethnic diversity is an issue across the community. In 2017 we held a couple of round tables around ethnicity to try and work out the root of the problem. Although we feel we have better representation in the Top 10 shortlist this year, we know that it’s still an area that needs a lot of work. What message do you hope to send out with this awards show?
I feel that although we have built a great platform with over 50,000 voters and a media reach of 87 million, there is still so much more to do. I struggle with the fact that since Brexit and Trump there has been such a large increase in hate crime and I fear that society hasn’t progressed to be as tolerant as we thought it was. I think the awards can send out a clear message that we can all stand up and talk out, no matter who we are or what we do. The true power in our community is when we come together to drive change, that, for me, is where our spectrum of LGBTQ people are unique.

What does it mean to have support from so many huge organisations?
NatWest have been our biggest ally in this journey from the start, without them, the awards would not be where they are today. Of course, we need sponsors and funding to pay for the event, but they have also helped us to shape what we are doing and are true friends of the awards. The same goes for some of the other partners, particularly the expertise of business leaders and our judging panel, such as Virgin Atlantic’s Mark Anderson and MTV’s Philip Bourchier O’Ferrall, who have supported us and helped advise the Awards over the years. Without this type of input, we wouldn’t be where we are today.

Why is it vital to award LGBTQ allies, as well as the community?
It’s great to have our own community fighting for change, however, for society to really change, there needs to be a drive by people outside of our community too. Some of the biggest changes in perspectives, law and in business have only come with help from our allies.

There are a number of celebrity categories, why are visible role models so valuable?
Sir Ian McKellen summed it up when he picked up his award… “There are people who feel alone or isolated, who don’t feel they can come out in this country. Awards like this really do highlight that they are not alone. If we can help send out the message that we can be inspirational and we are not alone, we are here to support each other as a community, and help just one person, it’s all worth it.” What are the biggest challenges that companies still face when it comes to LGBTQ inclusion and support in the workplace?
I think that the companies working to get diversity right are the ones that are succeeding in business, and that resonates in society. Some banks like NatWest are pioneering the way for their customers by introducing gender-neutral titles, employees in organisations are being given fairer opportunities to promotion and employers are sending out the right messages right from CEO level: that discrimination on the basis of sexuality, or any difference for that matter, will simply not be tolerated. Unfortunately the biggest barrier is still the culture within companies that are doing nothing, they are the ones that are going to be left behind in a changing world.

What are the biggest challenges you think the LGBTQ community in general still face?
There are increasing levels of self-harm, bullying, suicide and homelessness for LGBTQ young people. Young LGBTQ people have greater access to information on the internet but that’s brought a whole other set of problems with it. It really saddens me. Many of us move to large cities and quickly forget how hard it is to come out in smaller towns. There’s still a lot to do!

What are your hopes for the future of the British LGBT Awards beyond this year’s show?
This year, I want to help create much needed change through the awards. I want to support and investigate what is happening for our LGBTQ community’s next generation… charities such as Diversity Role Models are seriously under-funded and need our help. This year, I’m pledging to help do something about it through the great platform we have created. We can all do more, including myself!

The NatWest British LGBT Awards will take place in London on 11 May.