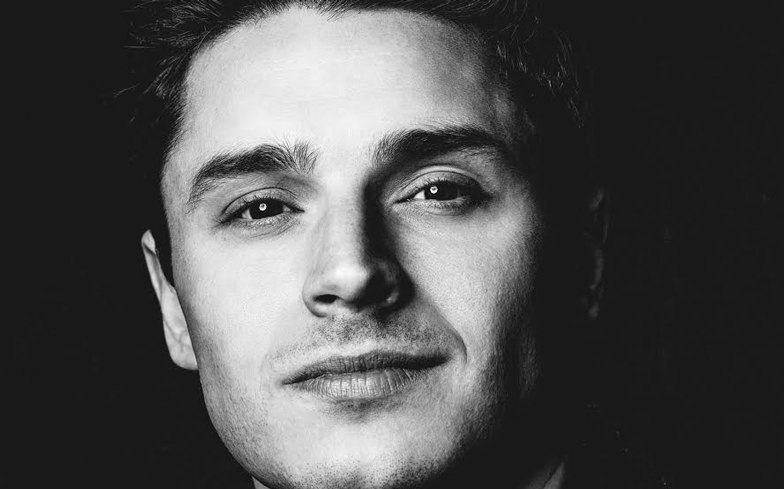 Currently starring in 42nd Street in the West End, Ashley Day has an impressive roster of musicals under his dance belt. He’s been in An American In Paris and The Book of Mormon in the capital and toured around the country in High School Musical and Oklahoma!

But ask Ashley what his dream role would be and the singing/dancing/acting triple threat admits it hasn’t been written yet.

“I want to do something that hasn’t been done before,” he says over coffee around the corner from the Theatre Royal Drury Lane where the 42n d Street revival is playing to packed houses. Gay himself but having never played a gay character, he adds: “It would be so nice to do a musical about a gay character and it would be amazing to be in a gay love story on stage.”

Having gotten his professional start in Matthew Bourne’s The Nutcracker when he was 17, the 31-year-old demurs: “Matthew has been pushing that for a long time, hasn’t he? He’s put same-sex couples centre stage but it doesn’t often happen in musicals.”

Related: The star of Donna Summer’s musical on speaking up for queer women of colour

Committed to playing tap-dancing tenor Billy Lawlor in 42nd Street for the foreseeable future, Ashley adds: “It’s tremendous fun being in a show like this but one day I’d love to play a complex character – gay, straight, whatever. I don’t think I’ve ever even been up for a gay character, to be honest, but if I’m free and it’s the right role I’d absolutely do it.”

While he waits for the perfect role to be written, there’s always La Cage Aux Folles, of course. Broadway’s original Billy, Lee Roy Reams, followed up his Tony-nominated turn in the 1980 production by playing Albin aka drag queen Zaza in the Jerry Herman/Harvey Fierstein smash hit, so would Ashley do the same? “Oh my God, yes, absolutely,” he grins. “The character is so far away from me that it’d be great to disappear into the role. Same with Frank N. Furter in The Rocky Horror Show. Camp as tits and really meaty.” Some might argue that these are no longer edgy shows but I think, and Ashley agrees, that venom-spitting Zaza and outré transvestite Frank N. Furter are as edgy as it gets. “They come from really dark places and there’s more to them than what they wear. In Rocky Horror it’s not Tim Curry in drag, it’s an otherworldly character who’s completely out-there.”

The let’s-put-on-a-show chutzpah of 42nd Street is a safer bet, but it’s still a big challenge for the man who has been dancing since age three, joined the Royal Ballet as a junior when he was nine and studied with the National Music Theatre, but who hasn’t done full-on tap for a while and who only had two weeks to learn the routines. The musical was high on his bucket list. “To be in a show with this much history, with the same director who co-wrote the book, being at the Theatre Royal Drury Lane, with the show being the size it is… It ticks all the boxes.”

Then there’s the draw of working with Lulu, who has taken over from Sheena Easton as diva Dorothy Brock but who, he’s glad to report, is no diva in real life. “She’s amazing and so supportive. She’s got so much energy and she’s a real joy to be around. She’s a legend. There are young people in the cast who are maybe oblivious to what she’s done and how big a deal she is, but I’m a huge fan and offstage she’s a dream.”

Ashley grew up in East Sussex and got hooked on musicals when his parents brought him up to the West End to see shows. He’s only questioned his subsequent career choice once. “Which is good I think because you need to ask yourself if you’re doing the right thing. That was six years ago. It’s a tough industry and if you’re out of work, as I was, doing small jobs that don’t make you happy, it’s hard when you’re younger to see there’s a light at the end of the tunnel.”

But he stuck with it and, having worked his way up from ensemble player to leading man, he’s always found the musical theatre world to be a very welcoming one for him as a gay man. “When I was at primary school I’d get picked on for doing dancing and stuff but it never affected me. I’m not sure how I was that strong at that age but I was like ‘So what?’ It makes me laugh now seeing joggers wearing Lycra because when I was younger it was always ‘You wear tights!’ I look around now and it’s like every man is wearing tights.

“But as an actor, I’ve never felt concern about being open and free,” he’s happy to add. “There was one job where I was the only gay guy in the cast and that was Oklahoma!” He grins. “There were all these butch cowboys and me. It was very unusual and I’d just come from The Book of Mormon, where I was in a room with six gay guys.” As far as he knows, he’s never lost out on a role because of his sexuality. “But when I was 19 I had some feedback, for a job I ended up doing actually but not the role I was originally up for, saying that it felt a little bit camp. I remember feeling not great about that because I don’t think of myself as being effeminate – not that it’s a derogatory thing to say but when you’re up for playing a straight role in a musical you don’t want to be slighted for being camp. And it’s never happened since, touch wood.” Maybe he’s modulated things since then? “I don’t think so but maybe subconsciously I have.”

There aren’t many British musicals on his resume and he believes there aren’t enough being written. “Or if there are then I’m not being cast in them,” he laughs. And while 42n d Street, which was written in the 80s and is set in the 30s when the screen musical first came out, is very much of its time “there seems to be enough theatre that’s pushing boundaries and looking at what’s going on right now.” He cites Everybody’s Talking About Jamie and The Inheritance as prime examples, adding: “A few years ago there wasn’t enough diversity but it definitely feels that is changing.”

The same goes for being out, with Ashley acknowledging that a gay man in a family show talking openly and proudly about his sexuality is no longer an eyebrow-raiser. “I’ve never felt any pressure to hide my sexuality but I’m not sure we’d have been having this conversation when 42n d Street was first on in the 80s,” he ponders. “That’s why it’s great having magazines like Gay Times where you can talk out loud about who you are and be proud about it.”

More information on 42nd Street can be found here.