A note from our CEO, Tag Warner, as Gay Times Magazine celebrates its 500th issue 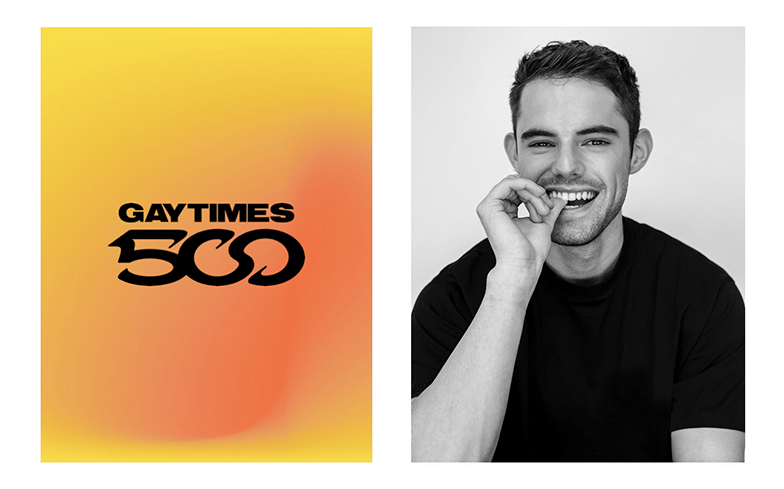 “As you might imagine, planning the 500th issue of Europe’s longest-running LGBTQ publication wasn’t without a great deal of responsibility.

It’s important to let you in and tell you that, for quite some time, many of us safely assumed we would look back to the iconic moments from our past for 500. It’s what many magazines would do on this momentous occasion – an “icons” issue perhaps – or heroes from the magazine’s archive. However, as the months passed by and the numbers on the spine of each issue climbed higher, it became clear 500 was not so much about the pressure of our past, but a unique opportunity to do what we set out to do in every part of our work, continuing to be a leader in amplifying queer voices.

I often speak about how GAY TIMES is a unique platform for our community. A space, whether more simply in the pages of a magazine or the far-reaching world of the different media we create, where queer voices, stories, and experiences are created and shared. It felt important for that to remain true across our four inspirational cover stars; Rickey Thompson, Blair Imani, Aaron Phillip, and Chella Man. Four individuals, astonishing and inspirational in their way, in their teens and twenties, who are uniquely lending their voice to different corners of our community. Not dwelling on the rigidity or binaries of our collective past, but pushing the boundaries for the next era of our queer history.

It’s for that reason that I want to dedicate this historic issue to those of you who will be on a cover of GAY TIMES for our next 500 issues. We dedicate the spirit of Issue 500 to those of you who fearlessly fight for what you believe in, in spite of the lack of recognition you deserve; who call bullshit on the status quo, even when in the most vulnerable of hours; who believe in a world where we support and uplift all members of our community, not just those who find their way to the front. It is the same dedicated spirit that the four people who carry Issue 500 collectively embody, in spite of the beautiful differences between them.

These stories you’ll learn from and no-doubt be equally inspired by, in the pages of this momentous issue belong to the next chapter of our history. Earlier this month I addressed an audience to speak about how our future is one of shifting times with an ever-increasing rate of change. There’s something about being queer today that feels…fast. We are in the middle of an epidemic of violence towards the transgender community, an epidemic which is disproportionately affecting trans women of color. We are finally listening and hearing from the areas of our community that have been long marginalised in favour of default identities, and all the while we are perhaps entering a certain maturity as a global community that we didn’t expect this journey to be as close, as challenging, but also exciting and opportunity-filled as we thought. It’s why it feels inspiring to be so uniquely placed at the centre of much of it today.

The thing about GAY TIMES is, we are unique in that place. We continue to admire and respect other gay, LGBTQ and queer organisations that run news sites, publish magazines and create social media. However, whether taking queer fashion editorial to the edges of the what has previously been possible in a traditionalist world; finding far-flung stories and carrying the voices of those previously voiceless; searching for music talent and prowess and transforming the careers of tomorrow’s music stars; continuing to distribute vital queer media in 80+ countries around the world, many of which persecute our siblings; earning and sending invaluable resource to places many of us haven’t even set foot on; lobbying organisations and countries to continue the fight in total equality and acceptance; working alongside some of the world’s biggest and most influential brands to reflect back the community we call our community; no other organisation quite like us exists in that unique place.

I want to finish by thanking the incredible people who work tirelessly each and every day to make this all happen. When asked how I go about achieving the multitude of responsibilities under my job title, every time I simply respond “my team. My team. My Team.” I’m proud to work with the inspiring individuals who make up our organisation, whether here in London or further afield. We all share a common goal and passion for our community.

Finally, I wouldn’t be writing this letter without the unwavering support of James Frost, our chairman and publisher, who has consistently encouraged me in this remarkable position. I’d also like to thank William J Connolly, the Editor of Gay Times Magazine for asking me to write the opening thoughts to this milestone issue.

For GAY TIMES, there hasn’t been a time quite like now and I’m so excited to step foot into tomorrow with more of you; a diverse, international and creative group that celebrates each and every intersection of the LGBTQ experience.”

The 500th Issue of Gay Times Magazine is available to purchase here.