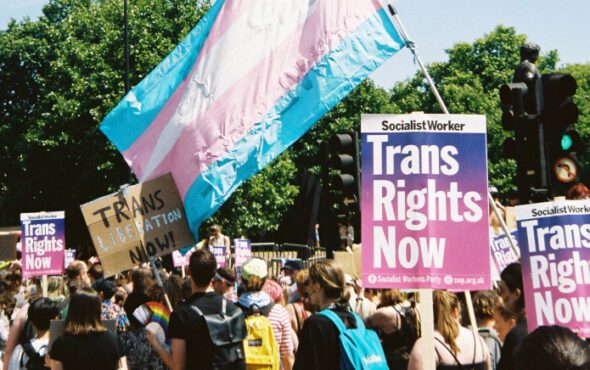 Reforming the 2004 Gender Recognition Act (GRA) is ‘very important’ to a majority of LGBTQ+ people, a joint survey from GAY TIMES and Channel 4 News has found.

The Act is what allows transgender people to change their legal gender by applying for a Gender Recognition Certificate (GRC).

However, doing so is a lengthy and complicated process which includes the requirement for a diagnosis of gender dysphoria, as well as the need for a medical report detailing all treatment.

In September 2020, the UK government published the results of a public consultation which found there to be widespread support for all aspects of reforming the GRA – including 80% being in favour of scrapping the requirement for a medical report and 64% supporting the removal of a diagnosis of gender dysphoria.

Despite this, plans to implement reforms making it easier for trans people in England and Wales to change their legal gender were recently ditched by the Tory government, though the aforementioned GAY TIMES and Channel 4 News survey has revealed that 80% of LGBTQ+ people think it is ‘very important’ to reform the GRA.

Doing so was of ‘average importance’ to 17% of respondents and ‘not important’ to the remaining 3%.

Support for trans rights more generally was found to be ‘very important’ to 93% of those who took the survey, of ‘average importance’ to 5% and ‘not important’ to only 2%.

There were a total of 2,237 GAY TIMES readers surveyed as part of the research, with most being aged 13 to 24 years.