From star-studded nights in Ibiza to her love of Dusty Springfield, the Irish singer-songwriter could never be accused of being boring. 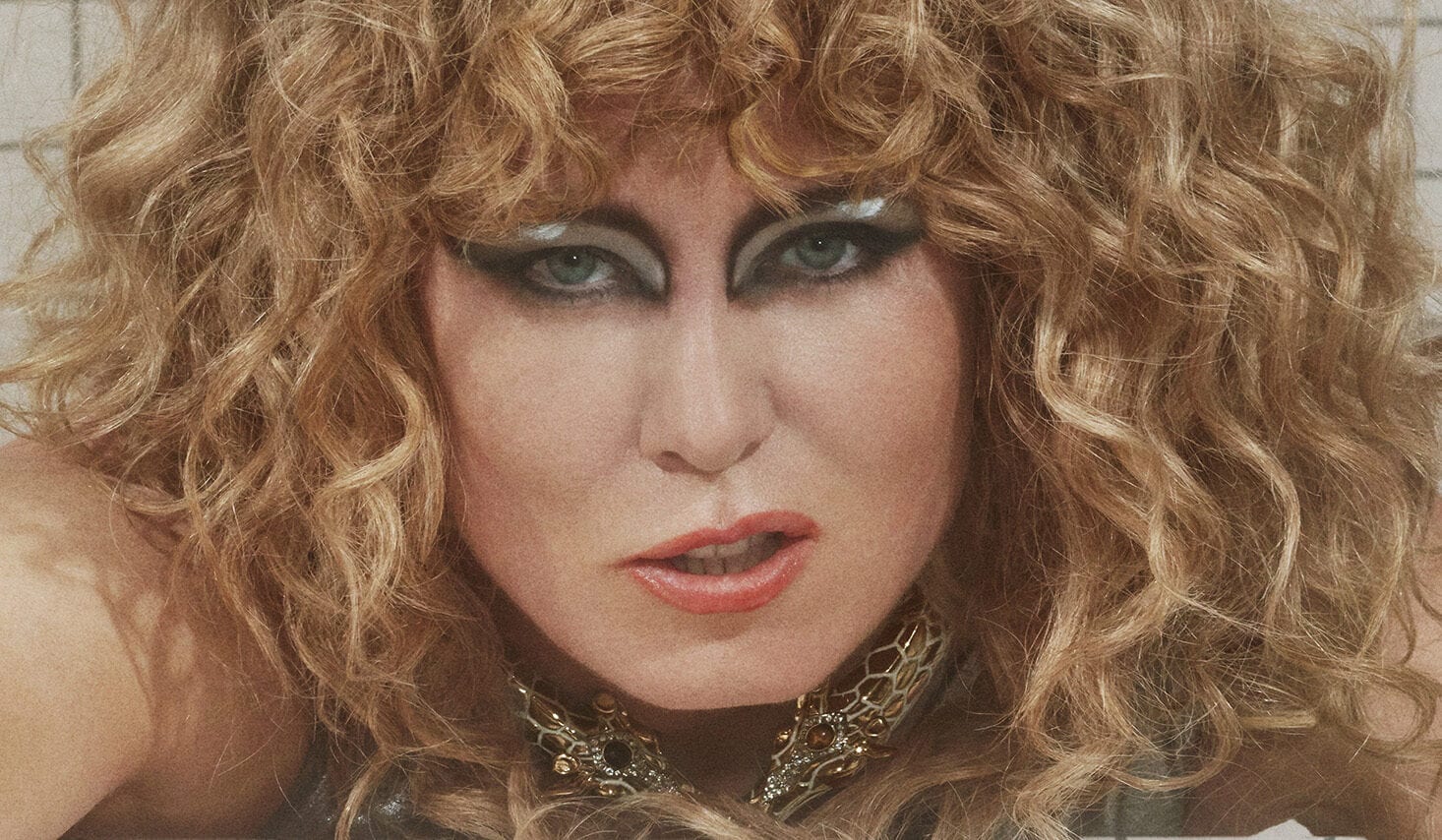 There are many reasons why Róisín Murphy is a gay icon. Over the years she’s given us fabulous looks from construction worker drag to fashionista in a greasy spoon. When she calls herself a drag queen, it isn’t really a reach. Her music, first as one half of Moloko and then as a solo artist, has been consistently classy and dependably banging. The Balearic buzz of 1999’s Sing It Back doesn’t sound much like 2007’s electro thumper You Know Me Better or this year’s disco glide Murphy’s Law, but they’re all driven by the Irishwoman’s innate understanding of dance music and club culture. As she likes to say, “I didn’t learn how to dance in front of a mirror – I learned how to dance on a dance floor.”

This brings me to another reason why she’s a gay icon: Murphy is seemingly incapable of being boring and has no time whatsoever for false modesty or bullshit. When I ask if there’s any interview question which makes her wince, she gently scolds me for “being negative” and I know to move on. After all, what’s the point of being negative when Murphy is here to discuss her stunning new album Róisín Machine? Largely recorded with her longtime collaborator DJ Parrot, it’s a thrilling mix of disco, house and electro sounds laced with some subtly self-mythologising lyrics. “I feel my story is still untold,” Murphy declares on opening track Simulation. “But I’ll make my own happy ending.”

Here, she talks about everything from fellow icon Dusty Springfield – whom she relates to – to the time she told fashion designer Pam Hogg to ‘do one’ on a night out.

The album is getting incredible reviews and you’ve been on sparkling form throughout the promo campaign. Do you feel as though you’re approaching ‘Peak Róisín’?
Every day I look in the mirror and I still look fucking fit for 47. And that’s a miracle because I don’t look after myself. I’m one of them annoying people that’s done everything under the sun and still looks good. And I have all this amazing music pouring in – I couldn’t ask for greater collaborators than I’ve managed to surround myself with. I really love my manager and I really quite care for my A&R man. And that makes a big difference. I think you could paint this narrative of ‘oh she’s been on the scrapheap a couple of times and now she’s managed to get off it!’ And to some degree that’s true and I’m proud of that. But at the same time, I’m proud of my entire catalogue including this album. And I’ve been a bit facetious in a couple of [recent] interviews by saying: ‘This record isn’t so brilliant, everyone – calm down.’ But it is a very brilliant record, and I think all the records I’ve made are very brilliant. Asking me to choose between them is like asking me to choose between my children. 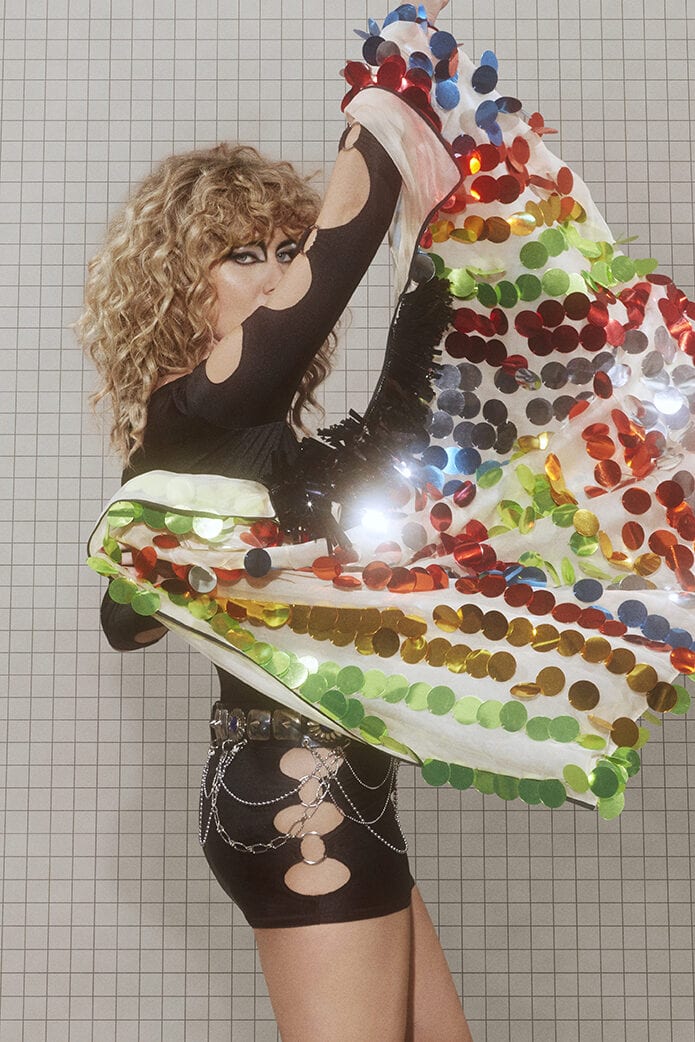 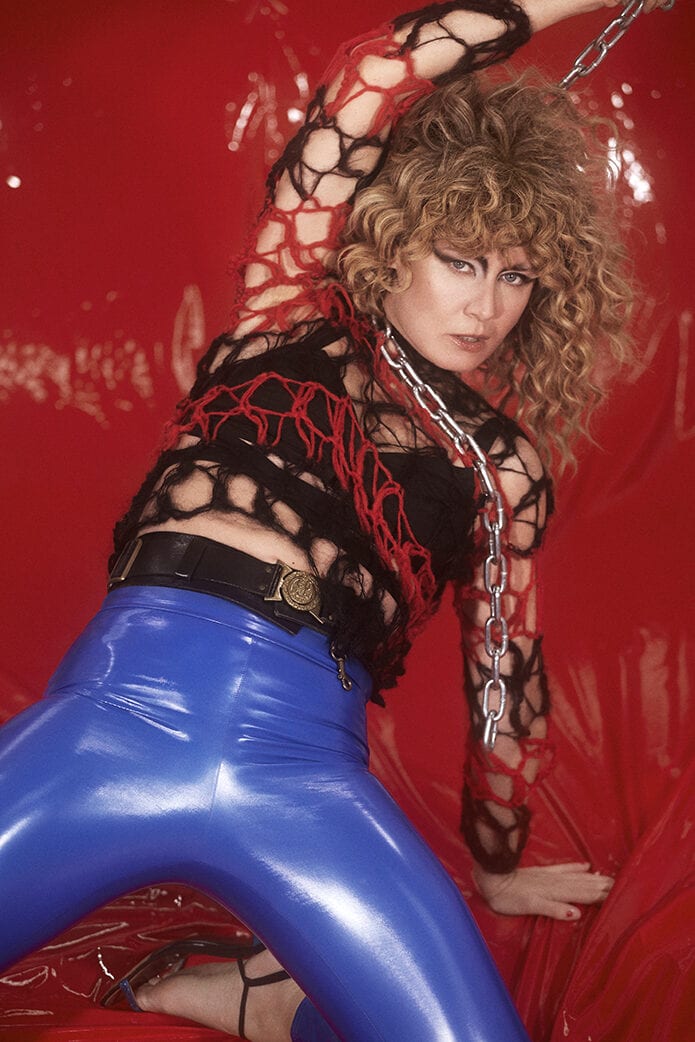 Because there’s a lot of love for you out there at the moment, it’s easy to describe this album as some kind of comeback.
Well, wait till they they hear the next one – it’s gonna fucking do their heads in again! The next one’s gonna be big in America. Trust me. Because it’s so raw and modern and fucking beautiful. You know, it’s just a momentous record.

How far are you along with that album?
Oh, I’m nearly there. It’s 80% finished.

I guess the great thing now is that you don’t need to wait a couple of years between album cycles.
Oh yeah. Because it’s just me and I make a lot of music. I’m not in a band where you need to get everyone back from the fucking south of France or their villas in the Bahamas when it’s time to make an album again. The only problem I have is I can’t put it out quick enough. I know now that the more you stimulate the [music streaming] algorithm, the better it is for you as an artist – I only found this out a few weeks ago. But that’s marvellous for me, isn’t it? But going back to what we were talking about before, I’m proud of everything I’ve ever put out. I know how that sounds in print – a lot of things I say can sound very arrogant in print. But fuck it, you know? That’s how I feel. I do feel that [Moloko’s 1998 album] I Am Not a Doctor is paranoid as fuck, and as such it makes me cringe. And I wish I didn’t smoke as much skunk weed during that time. But I’m still proud of that record and there are moments on there that are sublime and very futuristic.

I’m afraid I’m going to ask a question now that might lend itself to an ‘arrogant’ answer. What do your greatest skills as an artist are?
Um… I think it’s the fact I’m afraid I’m going to fail. It’s the fact that I’m just a perfectionist. I hold a lot in common with Dusty Springfield, who was Irish too and used to sing in the studio until fucking five o’clock in the morning because she was actually very insecure. She was very afraid that she wasn’t as good as the Black artists she compared herself to: she wanted to be as good as them, and she killed herself trying to do that. And even when you listen to the disco records she made, and hear her vocals and her vocal production, you realise that she did it. But the whole time she was there in the studio going ‘that’s not good enough’. And I’m that. I squeeze every last drop out of everything. I only stop working on something when I’m told ‘That’s it now, Róisín, we’re done’.

When the Pet Shop Boys worked with Dusty, she was apparently so insecure that she recorded each song one syllable at a time.
Well, that’s a little bit too far, even for me! You know, I really think I could play Dusty in a biopic if anyone’s interested. I could do the whole mad cocaine fucking disco era – her in L.A. and then into the Pet Shop Boys thing. This I could do with my eyes closed. I couldn’t be arsed with directing it, mind, but I’d star in it. 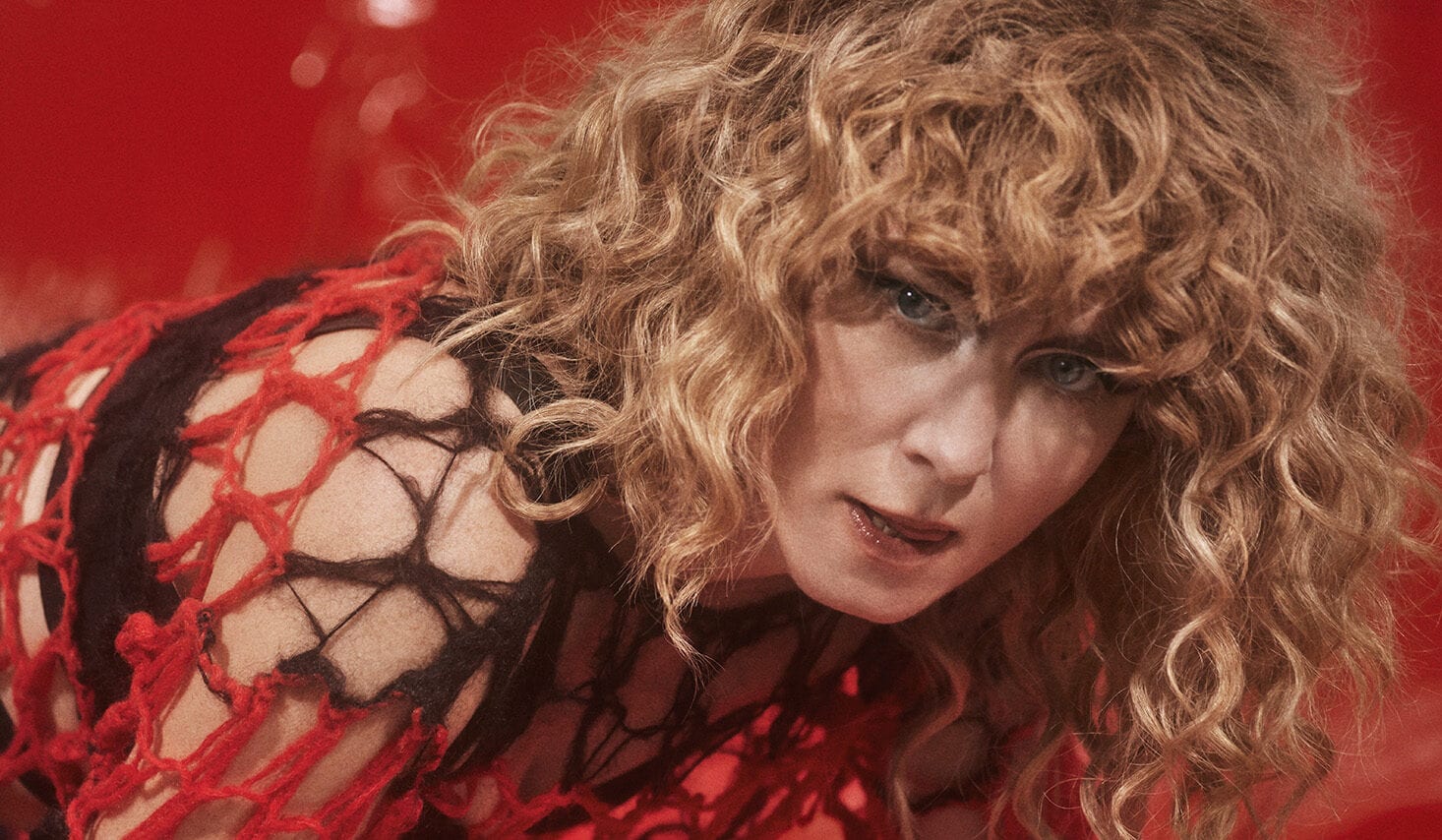 You recently said: ‘If I want to be famous, I can just go to a gay club.’ When did you first start going to gay clubs – was it when you were living in Manchester as a teenager?
I didn’t really go to gay clubs in Manchester, but then when I moved to Sheffield the whole thing was more mixed. Luke Unabomber, who’s from Sheffield, was doing [queer] parties in Manchester that we used to get buses to – they were called Homoelectric. And from the time I knew the likes of Parrot and Mark [Brydon, Moloko bandmate], it was drilled into me that the music we loved and the scene we were building and coming out of – all of it was gay. So I knew that all along. Then Moloko went through different phases and began to gain a bigger and bigger gay fanbase. And when I went to do my solo career, it got bigger again, and it felt like it had gone full circle and you know, it felt like the ultimate compliment. The fact I have a hardcore gay fanbase makes absolute sense in terms of the music and scene that I’ve come out of.

You must have had some legendary nights in clubs. Do any in particular stand out?
Well, there’s a few, but one was in Ibiza. I’d gone there for a yoga retreat. I arrived a day early on the Saturday when everyone else was arriving on the Sunday, so I decided to go to [superclub] Pacha that night. Anyway, I got in at nine o’clock the next morning and found I was sharing a room with this lovely prim architect from London. I stripped off and asked her to wake me up at 5 o’clock for the next yoga session. Which she did, but I couldn’t manage it, so I became the talk of the yoga retreat. They were all like ‘she went to Pacha last night yap yap yap’ and I couldn’t handle it, you know? So I called a driver and decided to check into some eco farm hotel in the north [of the island]. And then I went on this magical mystery tour all of my own. Only I could do this, really, because I’m not famous enough to have it all laid on, but I’m famous enough for all the dangers to be there. And I don’t need a mate to go out with because I can always get into the club and know someone in there, so that’s sort of how I rolled for a couple of weeks. Anyway, I’d been out with Pam Hogg for a couple of nights and I don’t know what got into me – I was just in a bad mood that night – but I turned around in Pacha and said: ‘Pam, you’re just going to have to leave me alone.’

What did she say to that?
Well, off she went. And give Pam her dues: she has never fucking fucked me up over that. We’re still really good friends to this day. And then the next thing is, this bird I knew came up to me and said: ‘[Music producer] Nellee Hooper has a table in the VIP, come and join us.’ And I was with Kelis and Puff Daddy and Nellee Hooper and a few other people and you know, I was livin’ la vida loca. Time went by so fucking quick – you know how it does – and suddenly it was nine in the morning and the end of the club. And of course all these superstars sped off in their blacked-out vehicles and I was left without a lift. There were no taxis whatsoever to be had, so I ended up walking up the road in my high heels and my Zandra Rhodes dress with no sun cream on in this blaring heat – and I’m Irish, remember, so that’s not a great situation to be in. And then, thank God, some young lad picked me up in his Skoda and drove me to San Antonio where I ordered a taxi. I got home at midday, tear-stained, and thought: ‘Going from such sublime heights to absolute degradation, only you could have a night like that, Róisín.'”

Róisín Machine by Róisín Murphy is out 2 October on Skint Records/BMG. 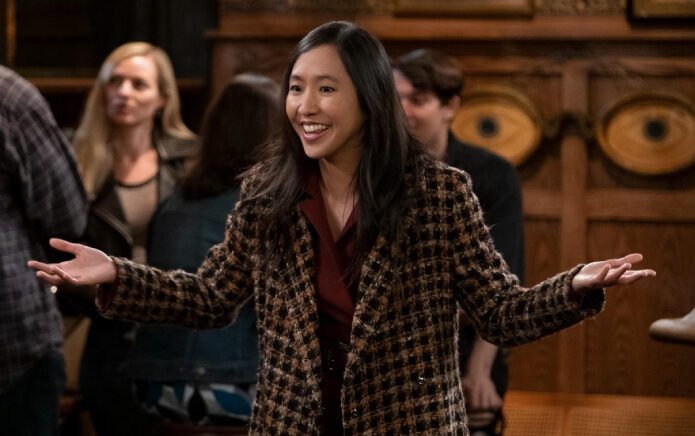 How I Met Your Father star Tien Tran says she's "honoured" to play a queer character who isn't defined by their trauma. 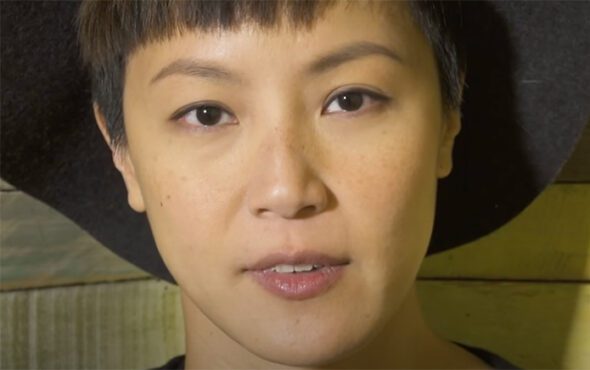 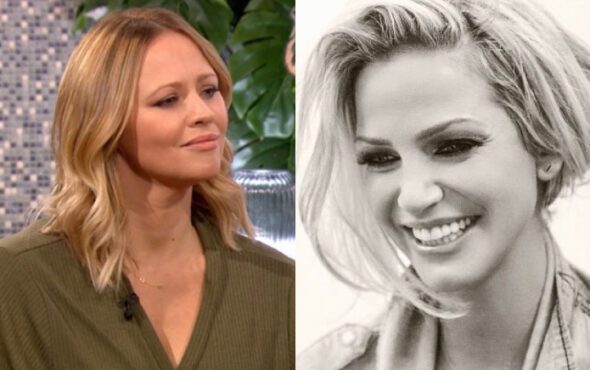