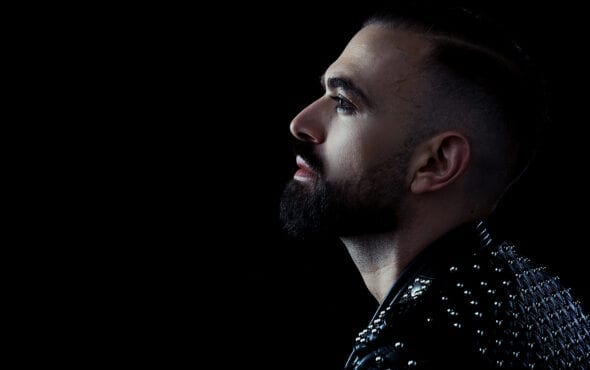 Who’s looking for a song to immediately lift their spirits? Of course you are. We all are.

Luckily for us, Fiorious has put a fierce spin on Aly-Us’s classic 90s house classic Follow Me – and you can watch the accompanying music video first, here on GAY TIMES.

The stunning visual has been directed by Samuel Douek and lensed by Diego Diaz, with dancers choreographed by Gorgeous KenJii Gucci of the House of Gucci.

“The song is a bonafide classic in NYC, I would hear it everywhere growing up,” Fiorious tells GAY TIMES. “A block party, a hip hop party, an underground house party, it never broke big on the radio like other 90s house anthems but it was always ubiquitous and still gets the most amazing reaction.”

The singer adds: “It’s always been a special record to me and I just wanted to bring its hopeful message to a world that’s been pretty devoid of positivity this year. 28 years later after its original release, we’re still here battling systemic racism and police brutality.

“It’s very easy to believe in ‘a place where we can be free’ as the lyric says, but let’s be concrete and specific: It’s about actualizing a world where all the folks who love dance music and come to feel free at the club will actually vote for politicians who care about protecting black trans lives, for example.

“The song’s message in 2020 represents the possibility of our collective power when we protect and show up for each other.”