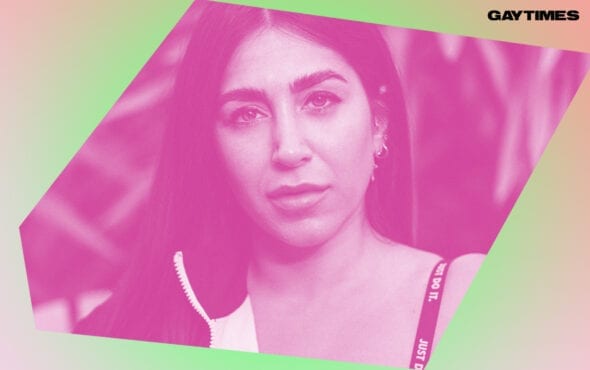 Ellie Prohan Presents EnGayged is a new regularly-updated playlist curated for GAY TIMES and exclusively available on Apple Music that will spotlight, celebrate and support LGBTQ+ artists and our allies in hip-hop.

This month, Ellie has refreshed the playlist with some absolute classics, as well as some tracks from the new school of queer hip-hop.

Eve’s iconic anthem Let Me Blow Your Mind has been added to the list, along with Jay Z’s huge track Encore. Both are vocal allies to the community within the world of hip-hop and beyond.

As for tracks by some of the most exciting emerging talent out there, recent GAY TIMES cover star CHIKA has been added with her recent single My Power. There’s also GAY TIMES favourite Damez with his track Higher.

“Growing up, queer visibility was not something that was recognised or pushed forward in hip-hop, it was almost taboo,” Ellie said previously, when launching the EnGayged playlist. “With the evolution of the internet and technology, emerging artists and established artists like Lil Nas X and Young M.A. have broken the scene and given us all a voice.

“The growth we’ve seen has allowed us to be part of such a powerful music genre without being stereotyped. I believe that playlists such as EnGayged are so necessary to bridge the gap between allies and members of the LGBTQ+ community within hip-hop.”

Ellie added: “Energy defines my being and every time I listen to any of these artists I get the same energy every time, whether it be through their lyrics, the production of the track or the beat, I’m there on the journey. I feel like we all need to know about these artists.”

Each month, Ellie will refresh the playlist with emerging talent, the hottest new tracks, and classic anthems that will empower and educate the listener on the intersection of hip-hop and queerness in the 21st century.

You can add Ellie Prohan Presents EnGayged to your Apple Music library now.